The codes for success in Silicon Valley

Intellectual capital, knowledge-based economy and value creation are the key words for Silicon Valley's development. the Global Entrepreneurship Summit that took place from Wednesday to Friday in the U.S. also provided a stage for Turkey's female entrepreneurs who are looking to get a share of the prestige at an international event

As an engineer who stepped into the world of informatics with the shift button, I witnessed the early development of personal computers. If it weren't for bold entrepreneurs, computers would not have been called 'personal' computers for another 50 years. We set off for a 12-day tour of Boston, San Francisco and Silicon Valley, and a meeting with Boston Globe editors on the first day of our tour pushed me to think about the codes of Silicon Valley. When the Globe's inspiring tech editor claimed that Boston is the brains of the U.S., he pointed out the academic production of the 300 universities established in the state, including Harvard and Massachusetts Institute of Technology (MIT) and claimed the entrepreneurship that flourished in Silicon Valley was no coincidence. The eight-day press tour of the U.S. and the global entrepreneurship summit showed me that every piece of the informatics ecosystem is valuable.

Witnessing people from different faith backgrounds, cultures and nations working enthusiastically at the innovation and entrepreneurship centers and laboratories on the campuses of Harvard and MIT, it is difficult to see how the enterprise could fail. The army of curious people which surrounds the centuries-old educational institutions is ready to make new discoveries. The seeds planted in the 1960s gave their first fruits towards the end of the 1970s, with entrepreneurs such as Bill Gates and Steve Jobs. They were the forefathers of personal computers and thought differently from the other tech giants. They continued to follow their dreams and went through various changes to find the right path. Jobs took a long-term vacation in India, met inspiring people and achieved a lot in a little space of time. The entrepreneurs leant from their mistakes and all the investors, including 500 Startups and Venture Cafes, have the same understanding in their genes.

Sticking to their dreams

The first big stars of the information economy encountered tremendous competition, but never forgot that they were a part of the informatics ecosystem. The visionaries who made the future we live in include Intel's legendary CEO Andy Grove, Michael Dell who brought a new perspective to the informatics industry, the star player of cooperate software Larry Ellisson, and many others. These were the people who led the development of personal computers. The vision of Scott McNeally, founder of Sun Microsystems, that the "network is the computer," which is the base of today's sought-after Internet of Things (IoT) and cloud computing technology impressed me the most, because there is no vision from 20 years ago besides McNeally's that more accurately describes the situation today.

I have good and bad news for entrepreneurs. According to reports from PricewaterhouseCoopers (PwC) and National Venture Capital Association - NVCA MoneyTree, a total of 4,441 entrepreneurs signed $50.8 billion worth of deals in the U.S. in 2014. However, the number of entrepreneurs dropped to 4,380 in 2015, while total investment increased to $58.8 billion. 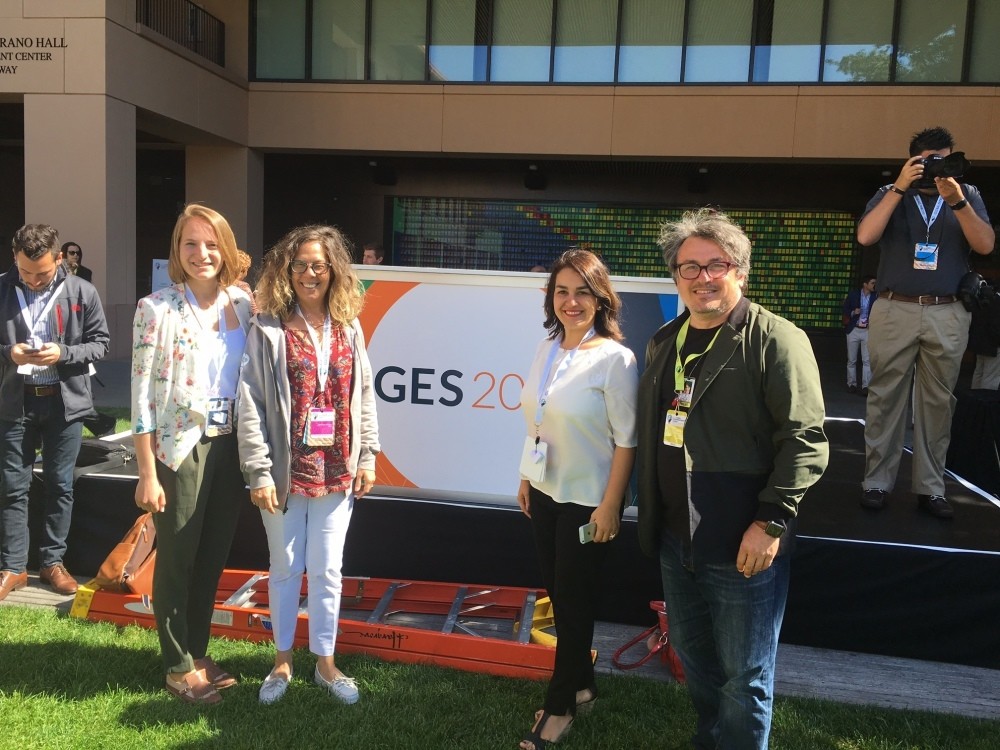 Supported by the U.S. president Barack Obama and organized by the Obama administration, the Global Entrepreneurship Summit (GES) hosted three successful Turkish women entrepreneurs. Turkey was represented by Başak Taşpınar Değim of armut.coml; Bedriye Hülya, the founder of Blift; and Gökçe Gülcüler with her "Ustamdan" initiative. The summit, organized between June 22 and 24, welcomed entrepreneurs, investors and journalists from all over the world. The founder of armut.com, Başak Taşpınar Değim, represented Turkey at the GES+ program; the founder of Bfit, Bedriye Hülya, was the keynote speaker of the second day; and Gökçe Gülcüler, the founder of the Ustamdan project, represented Turkey as a social entrepreneur. Secretary of State John Kerry joined the second-day event, expressing his congratulations to all the entrepreneurs attending.

Every 95 of 100 entrepreneurs fail

Some American universities have created solutions for developing countries and information technology is a great tool to spread solutions all over the world. US Department of State Under Secretary for Public Diplomacy and Public Affairs Richard Stengel offered insights about the GES 2016 event, first begun with the support of the Obama administration in 2009, and said they have begun to see the results in entrepreneurship around the world. When journalists pointed out the similarities between the motivations of entrepreneurs and journalists, and stated our hope that social entrepreneurship might lead to a more livable world, Stengel said, "I worked as a journalist for many years before taking up this position in the U.S. Department of State. We believe that we are investing in society by supporting entrepreneurship. The state should contribute to building the necessary ecosystem, but it also should stay out of it. People should contribute to build a life style of a good quality through civil organizations and social entrepreneurship."