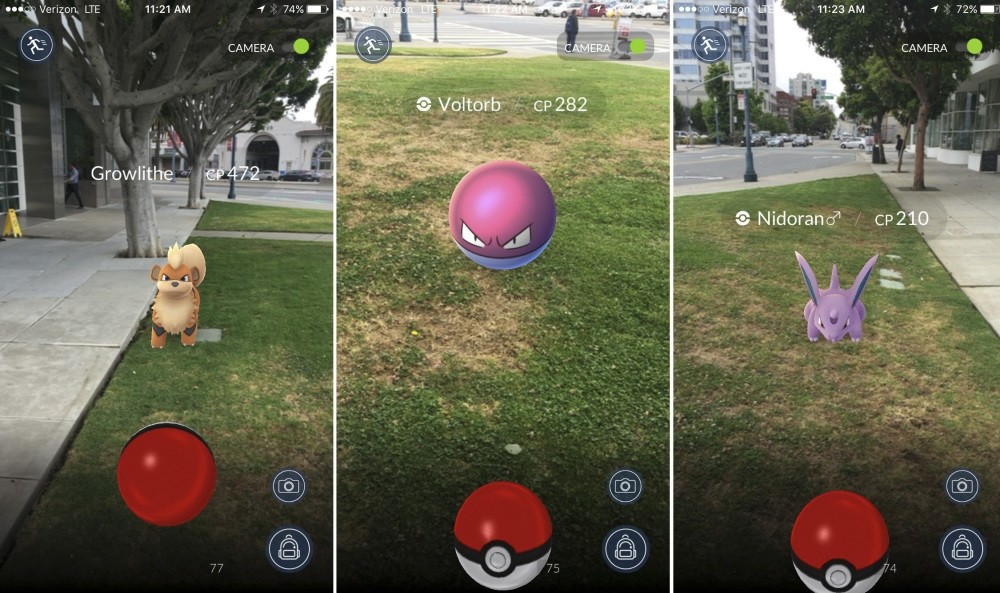 by Daily Sabah with AP Jul 12, 2016 12:00 am
Beware: "Pokemon Go," a new smartphone game based on cute Nintendo characters like Squirtle and Pikachu, can be harmful to your health.

The "augmented reality" game, which layers gameplay onto the physical world, became the top grossing app in the iPhone app store just days after its Wednesday release in the United States, Australia and New Zealand. Players already have reported wiping out in a variety of ways as they wander the real world -eyes glued to their smartphone screens - in search of digital monsters.

Mike Schultz, a 21-year-old communications graduate on Long Island, New York, took a spill on his skateboard as he stared at his phone while cruising for critters early Thursday. He cut his hand on the sidewalk after hitting a big crack, and blames himself for going too slowly.

"I just wanted to be able to stop quickly if there were any Pokemons nearby to catch," he says. "I don't think the company is really at fault." 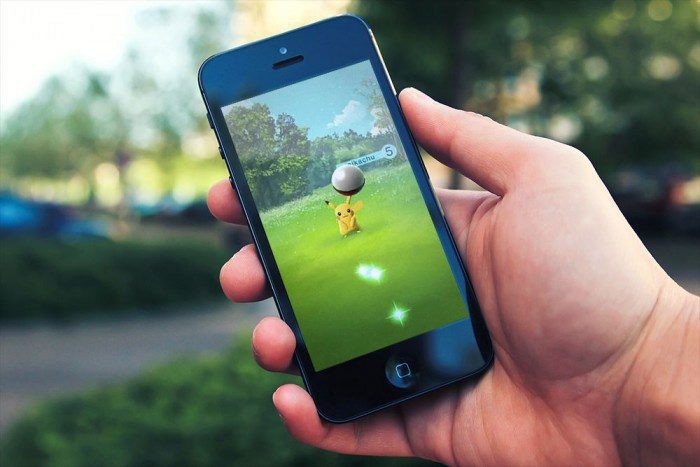 Developed for smartphones, the mobile game "Pokemon Go" stormed the world as soon as it was released earlier this month. In fact, "Pokemon Go" has been officially released in Australia, New Zealand and the U.S., but the APK version of the game, which can be accessed illegally via a simple Google search, has taken over Pokemon lovers in Turkey and around the world. The unofficial APK version of "Pokemon Go," however, might damage smartphones.

To play, you fire up the game and then start trekking to prominent local landmarks - represented in the game as "Pokestops" - where you can gather supplies such as Pokeballs. Those are what you fling at online "pocket monsters," or Pokemon, to capture them for training. At other locations called "gyms" - which may or may not be actual gyms in the real world - Pokemon battle one another for supremacy.

Naturally, the game has also induced people to post pictures of themselves on social media chasing creatures in all sorts of dangerous situations.

Zubats and Paras have appeared on car dashboards. Caterpies have been spotted at intersections. Police in Darwin, Australia, have even asked players not to waltz into their station, which of course is a Pokestop in the game.

"You don't actually have to step inside in order to gain the pokeballs," the Northern Territory Police Fire and Emergency Services says on its Facebook page.

Ankle injuries, mishaps with revolving doors and walking into trees have been among the painful results.

Kyrie Tompkins, a 22-year-old freelance web designer, fell on the sidewalk and twisted her ankle while wandering in downtown Waterville, Maine, on Thursday night.

"It vibrated to let me know there was something nearby and I looked up and just fell in a hole," she says. Her parents had to drive her and her fiancé; home.

As an upside, players get more exercise than usual and can learn more about the historical landmarks incorporated into the game as Pokestops. Digital signposts describe their significance in the real world.

And players are actually meeting face to face, despite the fact they arrived at nearby high schools, water towers and museums by staring at their screens.

Lindsay Plunkett, a 23-year-old waitress in Asheville, North Carolina, made a point on Friday of parking six blocks away from the restaurant where she works, instead of the usual three. "Just so I could get some more Pokestops on the way," she says.

She's still nursing a bruised shin from the previous night, when she and her boyfriend spent hours wandering downtown in the rain. She tripped over a cinder block that had been used as a doorstop at a local women's museum.

But she's got something to look forward to. Soon, she'll be traveling cross country to California with a friend. That means more chances to encounter Pokestops and Pokemons "the whole way," she says. At least the game has one failsafe - you can't hatch digital eggs while driving. That requires slower in-person movement in the real world. "It doesn't count as walking if you're going more than 20 miles per hour, so that's good, I guess," Plunkett says.

Nintendo was a stand-out rocketing more than 20 percent, extending a rally sparked by news that its smartphone game debuted at the top of gaming charts. The videogame giant jumped as high as 20,270 yen - the maximum daily limit - as Pokemon GO - which connects a user's real-world location to the game as they try to catch on-screen characters - launched in the US and Australia and was an immediate hit with fans. In March, the Super Mario maker released Miitomo, its first-ever mobile game, as it moved away from a longstanding consoles-only policy.