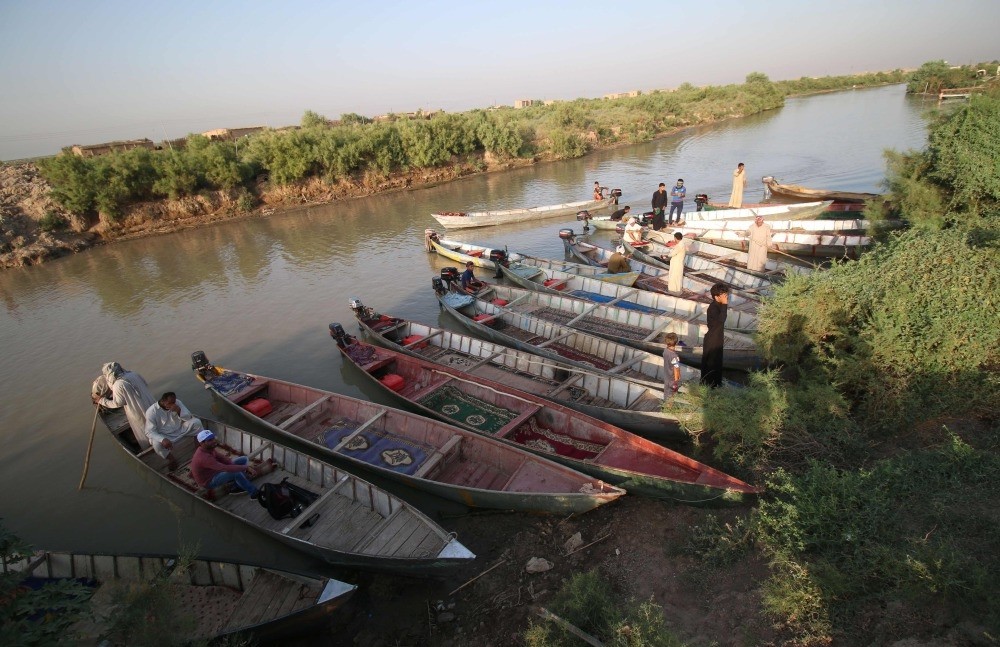 by French Press Agency - AFP Jul 20, 2016 12:00 am
UNESCO has named Iraqi marshlands, once ravaged by dictator Saddam Hussein as a World Heritage Site, a bright spot for a country where jihadists have repeatedly sought to wipe out history. The area "is made up of seven sites: three archaeological sites and four wetland marsh areas in southern Iraq," UNESCO said. "The archaeological cities of Uruk and Ur and the Tell Eridu archaeological site form part of the remains of the Sumerian cities and settlements that developed in southern Mesopotamia between the fourth and the third millennium BCE," it said. "The Ahwar of southern Iraq – also known as the Iraqi Marshlands – are unique, as one of the world's largest inland delta systems, in an extremely hot and arid environment," UNESCO said. Iraq has been seeking World Heritage status for the marshes since 2003, and its government hailed the move.Prime Minister Haider al-Abadi congratulated the Iraqi people on UNESCO's decision, and thanked "all those who contributed to this success." Abadi also said that culture in the country will continue "despite the destruction and demolition of Iraqi heritage and antiquities by barbaric terrorist gangs". He was referring to DAESH's destruction of artefacts at the Mosul museum and the ancient cities of Nimrud and Hatra, the latter of which is a World Heritage Site.

DAESH has sought to couch the destruction in religious terms, saying it was targeting idols, but that has not stopped it from selling artefacts to fund its operations. The marshlands once stretched across some 20,000 square kilometers, but they were devastated after Saddam ordered them drained in the 1990s to stop them being used as hideouts by Shiite guerrillas opposed to his regime. Many dams and canals ordered built by the dictator have now been demolished, allowing waters from the Tigris and Euphrates rivers to flood back, fish and fowl to return and humans to settle once again.

But dams farther upriver in the region still limit the flow of water into the marshes, and high levels of salinity in water in the south has also been a problem, making it undrinkable for humans and animals and killing fish. In addition to the newly named site in the south and Hatra, an ancient fortress city in present-day Nineveh province in the north, Iraq is home to three other UNESCO World Heritage sites. The Arbil Citadel, where 19th-century facades still stand at a much older site, is located in Iraq's autonomous Kurdish region, while Samarra Archaeological City – the site of the ninth century capital of the Abbasid Caliphate – lies north of Baghdad. And Ashur, a city that dates to the third millennium BC and which was the first capital of the Assyrian Empire, is in the Sharqat area to the north of Samarra, where Iraqi forces have battled DAESH militants.
RELATED TOPICS