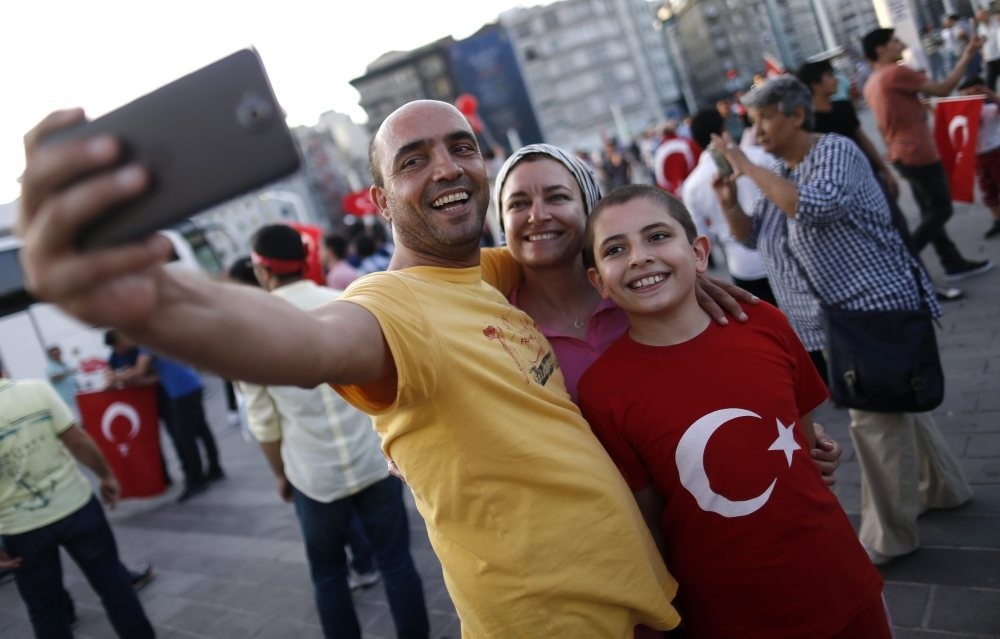 by daily sabah Jul 26, 2016 12:00 am
Social media and smart technology help people in Turkey make their voice heard around the world following the failed coup attempt on July 15. Since last week, thousands gather in public squares for "democracy watches," the rallies denouncing the coup attempt, every night, and social media accounts like Meydan Nöbeti allow them reach more people.

With the initiative of Beyoğlu Municipality, all shares with the hashtag #MeydanNobeti are displayed on a smart screen in Taksim Square every day. The social media account is available on Instagram, Facebook, Twitter and YouTube. The newly activated Instagram account has more than 3,500 followers with photos from the "democracy watches" in Taksim Square. The failed July 15 coup attempt was organized by the Gülenist Terror Organization (FETÖ).

The leader, Fethullah Gülen, is accused of pursuing a long-running campaign to overthrow the government through supporters within the state, particularly the military, police and judiciary. The attempted coup began at around 10 p.m., but it was defeated after people took to the streets following President Recep Tayyip Erdoğan's call to protect their democracy.
RELATED TOPICS