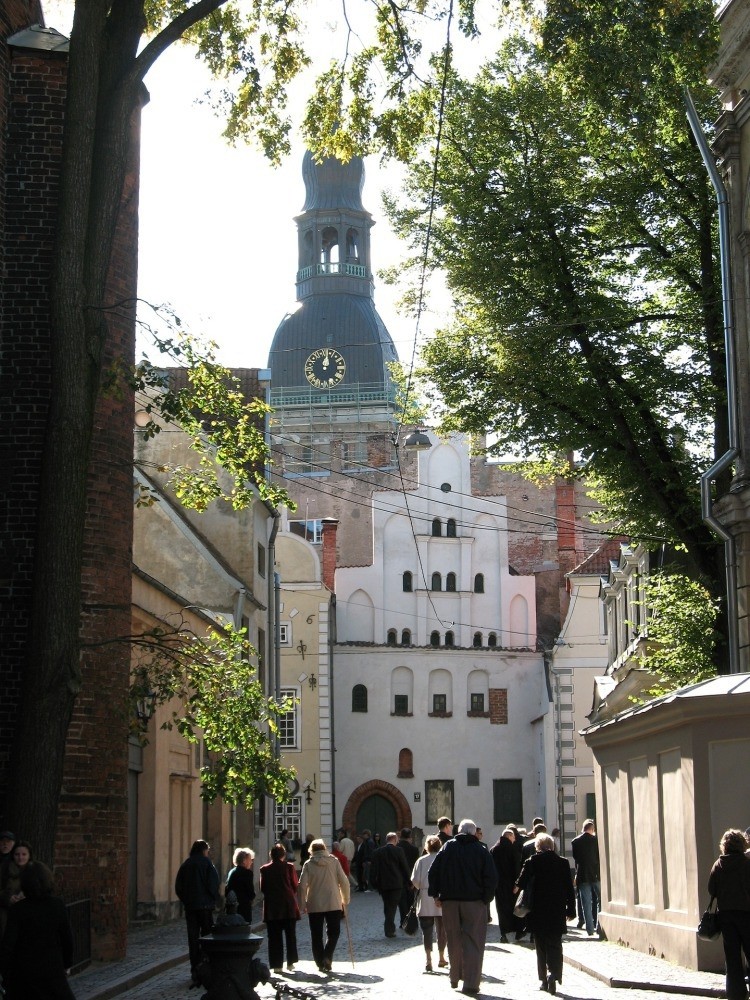 A street in Latvia
by reuters Jul 27, 2016 12:00 am
Dutch men and Latvian women are the planet's tallest people but Iranian men and South Korean women have grown the fastest in the last century, according to the largest ever study of height around the world. Americans, once among the world's tallest people, have dropped from having men and women at 3rd and 4th in the global height rankings a 100 years earlier, to placing 37th and 42nd respectively in 2014.

The research, led by scientists at Imperial College London and published in the journal eLife, also found some nations have stopped growing over the past 30 to 40 years, despite having spurts at the start of the century studied. The United States was one of the first wealthy countries to plateau, followed by others including Britain, Finland, and Japan. Meanwhile, people in Spain and Italy and many countries in Latin America and East Asia are still gaining height.

In contrast, some nations in sub-Saharan Africa, North Africa and the Middle East have seen average heights decline over the past three to four decades.

Human height is strongly influenced by nutrition and environmental factors, although genetic factors can also play a role in individuals. Children and teens who are better nourished and live in better environments tend to be taller.

Research suggests a mother's health and nutrition during pregnancy may also play a role in how tall her children grow. Height also has lifelong consequences. Some studies have found that taller people tend to live longer, get a better education and earn more. But being tall may also increase some health risks, with studies linking height to a higher risk of developing ovarian and prostate cancers.

"This study gives us a picture of the health of nations over the past century," said Majid Ezzati, an Imperial professor of public health. He said the findings underlined the need "to address children and adolescents' environment and nutrition on a global scale."

The 800-strong research team, which worked with the World Health Organization, used data from various sources including military conscription figures, health and nutrition population surveys and epidemiological studies. The scientists use these to generate height information for 18-year-olds in 1914 through to 18-year-olds in 2014.