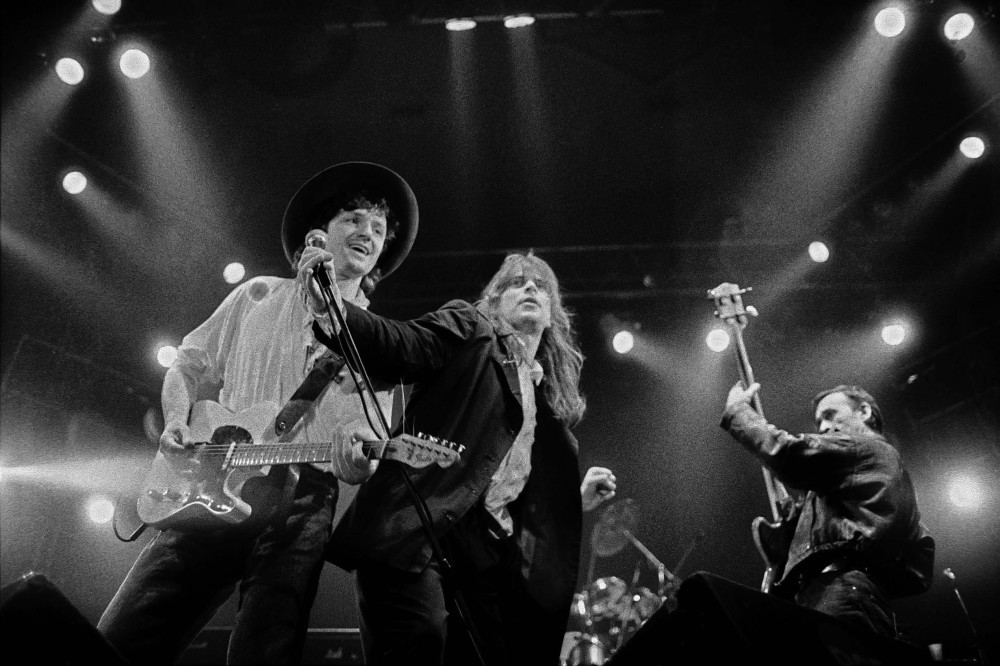 Nearly 25 years ago, the Yugoslav Federation saw its heyday of rock bands formed by musicians from Bosnia, Serbia and Croatia before the break up of the federation and local problems in surrounding countries

Little more than a quarter-century ago, Yugoslav rockers sold millions of records, went on mega-tours and the country's vibrant musical press breathlessly followed every album, band bust-up and reunion.

Today, to the sorrow of its ageing followers, this small but rich seam of world music is no more.

A once-dynamic industry has ebbed away, a victim of the breakup that saw the Yugoslav Federation disintegrate bloodily into seven states.

Petar Janjatovic is author of the "YU Rock Encyclopedia" - an almanac of the glory days.

He points to the fate of the band Zabranjeno Pusenje ("No smoking"), as the emblem of what happened. 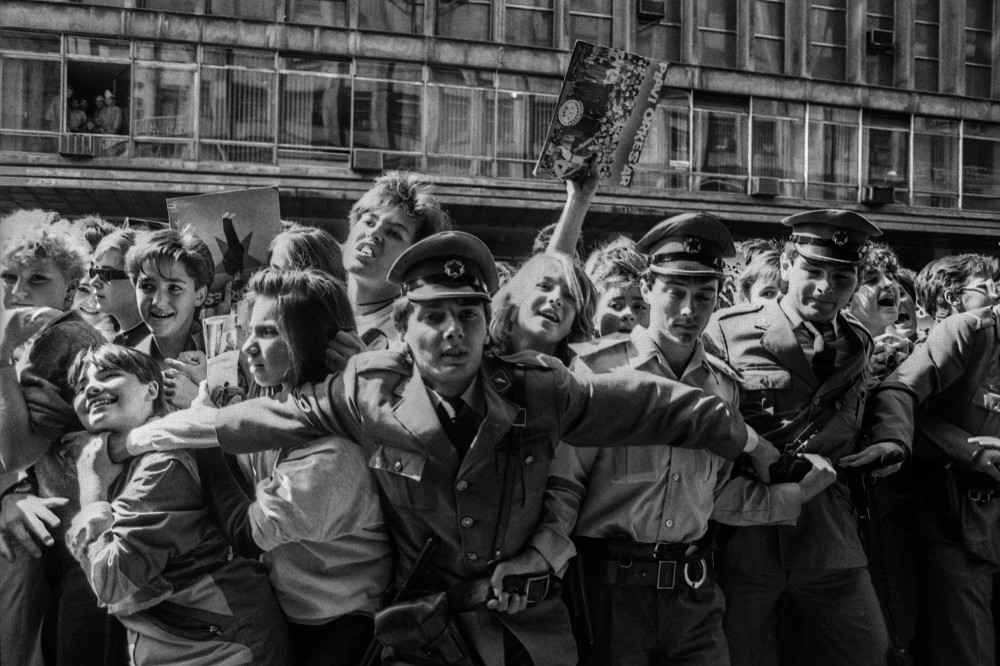 A picture taken on Sept. 13, 1985 shows Yugoslav police officers controlling the crowd during an autograph session of the Yugoslav, Sarajevo based, rock band "Plavi orkestar" in Belgrade.

Rock bands that, before, had a happy mix of Croats, Serbs and Bosnians found themselves breaking apart along ethnic lines as claims of loyalty weighed upon them.

Once based in Sarajevo, the Zabranjeno Pusenje split - with one band continuing in Zagreb and another in Belgrade... and both of them playing under the same name.

"This group is a metaphor of Yugoslavia's dissolution. Two friends who grew up together and were separated by the war," Janjatovic says.

Zabranjeno Pusenje guitarist Davor Sucic, nicknamed Seyo Sexon, who left for Zagreb, contends the bust up had "nothing to do with religion, ideology or nationalism... we disagreed on how to continue".

Rock bloomed in Yugoslavia thanks to a unique twist of history.

In the Soviet bloc, Western music was frowned upon by Communist regimes as decadent or subversive.

But Tito's Yugoslavia, while also communist and ruled with an iron fist, was eager to present itself as more liberal and more humane.

"It tolerated the development of rock," says Dragan Kremer, a prominent music critic at the time.

Their debut album "Kad bi' bio bijelo dugme" ("If I Were a White Button") was a huge success, propelling the band to Led Zeppelin-like stardom at local level.

"It was a revolutionary phenomenon. Its impact was massive," recalls Sinisa Skarica, the group's producer at the time.

In 1977, Bregovic made a brilliant move by staging a free open-air concert Belgrade's Kosutnjak forest. As many as 100,000 people showed up -- it became known as the "Yugoslav Woodstock" - and YU rock was born.

At their zenith, Skarica's Zagreb-based production company Jugoton and its Belgrade rival PGP RTS cranked out more than a million and a half records monthly, in a country of just 20 million people.

"Sometimes, you even forgot which town you were in," says the group's frontman Bora Djordjevic.

Tito's death in 1980 did not mean the end for YU rock. Quite the contrary: the demise of the Communist strongman was followed by a rise in raucous anti-establishment sounds.

Elektricni Orgazam, Elvis J. Kurtovich Idoli, Sarlo Akrobata, Azra, Film, Prljavo Kazaliste... their names may have little resonance outside the Balkans, but within Yugoslavia, their music was a new wave -- a swipe at musical and sometimes political convention.

Loyalties were sometimes fiercely local, with bands such as Partibrejkers in Belgrade, Haustor in Zagreb and an autonomous movement in Sarajevo which was called "the new primitives."

"It was the golden age of Yugoslav rock," Skarica says simply.

But Tito's death also unleashed the forces of nationalism. Musicians watched helplessly as the Yugoslav federation began to strain and then fall apart.

In July 1991, as war flared in Croatia, some of the top bands launched a desperate appeal for peace at a concert in Sarajevo. Their bid was in vain: over the next decade, 130,000 people would die and millions would flee their homes.

"I don't think that we could have prevented" the federation's breakup, said Aleksic. "We are only musicians."

From then on, the fate of YU rock was sealed. In a region riven by ethnic violence and hatreds, youthful optimism had evaporated.

Many ex-Yugoslav rock musicians found refuge abroad, such as Branimir Stulic, the frontman of Zagreb-based Azra, Dusan Kojic Koja of Belgrade's Disciplina Kicme and Bregovic himself.

But there were also some, like the band Prljavo Kazaliste in Zagreb or Galija in Belgrade, who joined nationalist elites.

Today, YU rock musicians are playing the nostalgia market, but the scars of the 1990s wars are deep.

For many, playing in a neighboring state that is a former enemy is out of the question.

"We do not play any more in Croatia and in the Croatian-Muslim part of Bosnia," Djordjevic said.

"We don't think it's moral to make money in those regions. We were not playing marbles, we were at war."
RELATED TOPICS