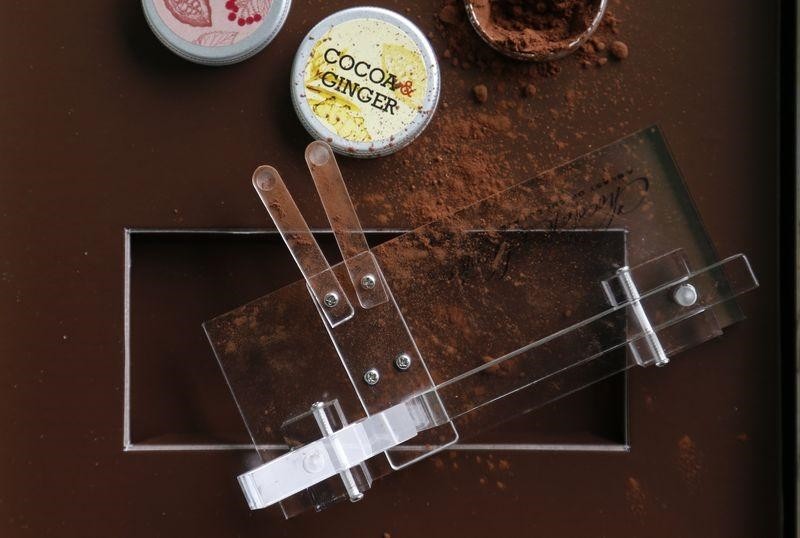 by daily sabah Aug 03, 2016 12:00 am
Cocaine is out. Cocoa is in. People are snorting chocolate to get high. Really? Clubbers in European countries like Germany or partiers at Los Angeles dance clubs have already left dangerous drugs or cocaine as they go after this bizarre trend. Certain clubs offer cocoa powder, the main ingredient of chocolate, to their customers and even a Belgian chocolatier, Dominique Persoone, has invented a device named "The Shooter" that helps with the snorting of cocoa powder. It is basically a tiny catapult with two small, spring-loaded spoons that fling cocoa powder into the nostrils. Sniffing chocolate is "another way of tasting it," Persoone previously told Live Science. The packaging bears a warning against excessive sniffing, but Persoone believes it is safe.

The endorphins present in the chocolate are the main reason behind the mood uplift. In other words, they increase dopamine fueling the body's pleasure system. Cocoa's next feature is its rich content in antioxidants, increasing blood flow to the brain and it also relaxes muscles as it contains magnesium.

Whether snorting chocolate is entirely dangerous or addictive is not fully known as the case is relatively new and is not in researchers' study agendas. Certain experts say the unusual practice can be risky and people should not snort any type of powder. "Snorting chocolate powder is not safe, because the powder is perceived by the nose as a foreign toxic substance," said Jordan Josephson, an ear, nose and throat and sinus specialist at Lenox Hill Hospital in New York City to Live Science, adding that no scientific study has proven that snorting chocolate makes you high. For Persoone, everybody wants to have the device and try it, which it is sold in many countries from Russia to Australia.
RELATED TOPICS