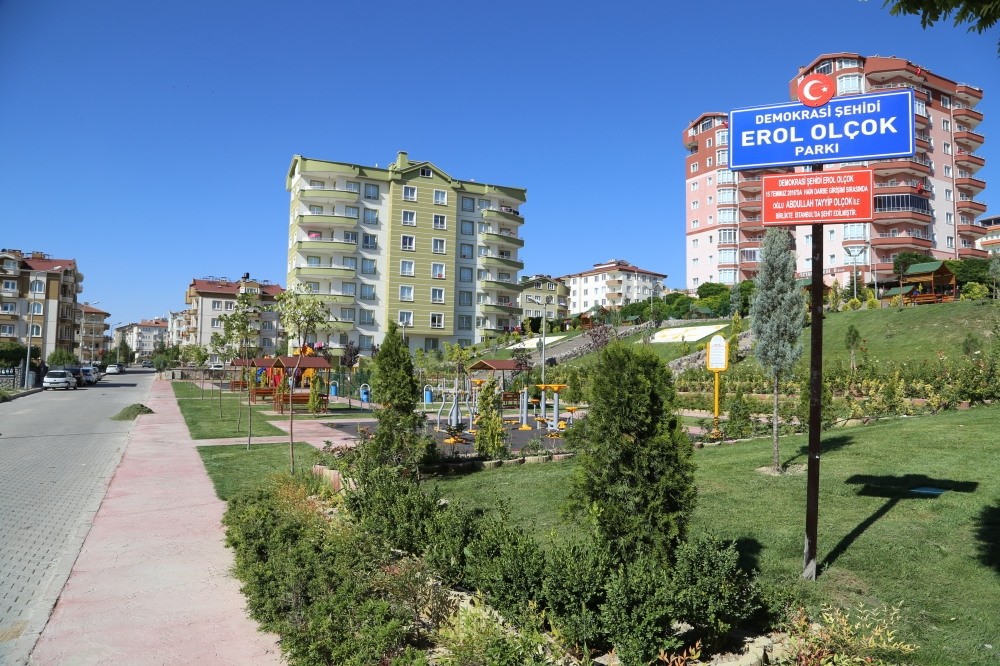 In tne central Nevu015fehir province, a park has been named after Professor Erol Olu00e7ok, a prominent figure in the advertising industry who lost his life during the failed coup attempt.
by Daily Sabah with AA Aug 03, 2016 12:00 am
Each night, people in different cities gather at public squares and on the streets for democracy watches, denouncing the failed coup attempt on July 15. Among them, some streets and squares have been renamed after the civilian martyrs who lost their lives as they took to the streets to protect the country against coup plotters. In central Nevşehir province, the names of a number of streets and avenues have been renamed, taking the names of the July 15 martyrs such as Professor Erol Olçok, a prominent figure in the advertising industry, and Professor İlhan Varank of Yıldız Technical University. Nevşehir Mayor Hasan Ünver said they will continue to give the martyrs' names to streets to keep their memories alive. "We have also included some short info about each name. We will never forget them," he said.

In Istanbul, in the Zeytinburnu municipality, the names of some July 15 martyrs' have been given to the neighborhood they lived in. Also, the district's main square has been renamed Zeytinburnu July 15 Square. Similarly, in southeastern Şanlıurfa province, public parks' new names will honor the martyrs.

Istanbul's Bosporus Bridge was also renamed the July 15 Martyrs' Bridge. The bridge had become an iconic spot, as it witnessed the fierce clashes between the coup plotters and civilians during the failed coup attempt. Coup plotters deployed soldiers to the bridge as part of their attempt to take over that night. In Ankara, the city's main public square, Kızılay, citizens marked the resistance by calling it July 15 Kızılay Square.
RELATED TOPICS