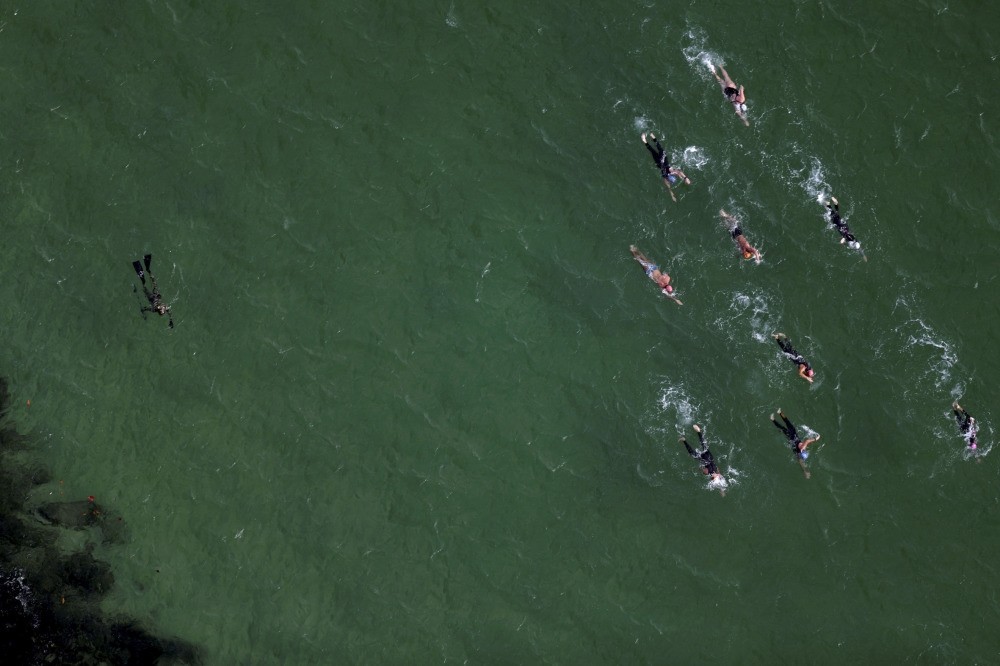 by Aug 06, 2016 12:00 am
While swimming legend Michael Phelps flies first class, earns millions from lucrative sponsorship deals and is aided by scientific training methods, spare a thought for the sport's plucky minnows.

For swimmers from nations such as Mongolia and the Maldives, simply finding a pool to train in is a challenge, making their appearance at the Rio Olympics a truly staggering achievement in itself.

In an indication of the difficulties athletes in the Maldives face, their swimmers have to train in the Indian Ocean - often at night - off the capital Male.

"In Maldives we train in the sea, we don't have a swimming pool," national champion Aminath Shajan told AFP.

"Some days we train with all the trash that's floating around," she added. "And sometimes jellyfish bite us."

But team mate Nishwan Ibrahim still feels more comfortable in the 25-meter ocean pool made of floating blocks they share with the fish and coral.

"It's a dim light in the night time, there's waves, rubbish," he said. "When you breathe you might get water in your mouth - or worse. I've also seen big rays and jellyfish, you can get scared. But when you get used to it, it's not that scary. It's easier to swim in the sea, when it's calm and clear, because it's more buoyant."

With the Maldives, a nation of under 350,000, lacking the financial means to improve the situation, both swimmers have spent time overseas training for Rio, Shajan in Thailand, and Ibrahim in South Africa alongside Olympic champion Chad Le Clos.

"I'll definitely ask him for advice before I swim," smiled the 19-year-old, who swims the men's 50 meters freestyle. "I don't know what I'll ask but I'll think of something."

While no real comparison to Eric Moussambani, the dashing no-hoper from Equatorial Guinea dubbed "Eric the Eel" who melted hearts at the 2000 Sydney Olympics after thrashing around hopelessly in the heats of the men's 100 meter freestyle, Maldives swimmers have triggered similar outpourings.

At the Asian Games two years ago, Ibrahim got a standing ovation from the Korean crowd after completing the last lap of the 200 meter medley heats in complete solitude - only to discover he had been somewhat churlishly disqualified for an illegal turn.

Ibrahim will be joined in the 50 meter freestyle by intrepid Mongolian Dulguun Batsaikhan, who prepared for Rio in a river far from his home in the capital Ulaanbaatar due to a lack of proper facilities.

"I have only big fishes for training partners," said the 29-year-old, who had to slum it in the buildup to Rio, driving 450 kilometers to plunge into the Selenga River. "It's a bit cold. But it's okay. My philosophy has always been that water is water."

Shajan, meanwhile, wants to improve her own national record in the women's 100 meters freestyle - and top it off by taking a selfie with swimming legend Michael Phelps.

When Maldives coach Ismail Faruhaan proudly flashed a photo he had taken with the American the night before, the pint-sized 22-year-old shot back: "I'm really, really jealous actually. Maybe I'll edit my face onto it!"
RELATED TOPICS