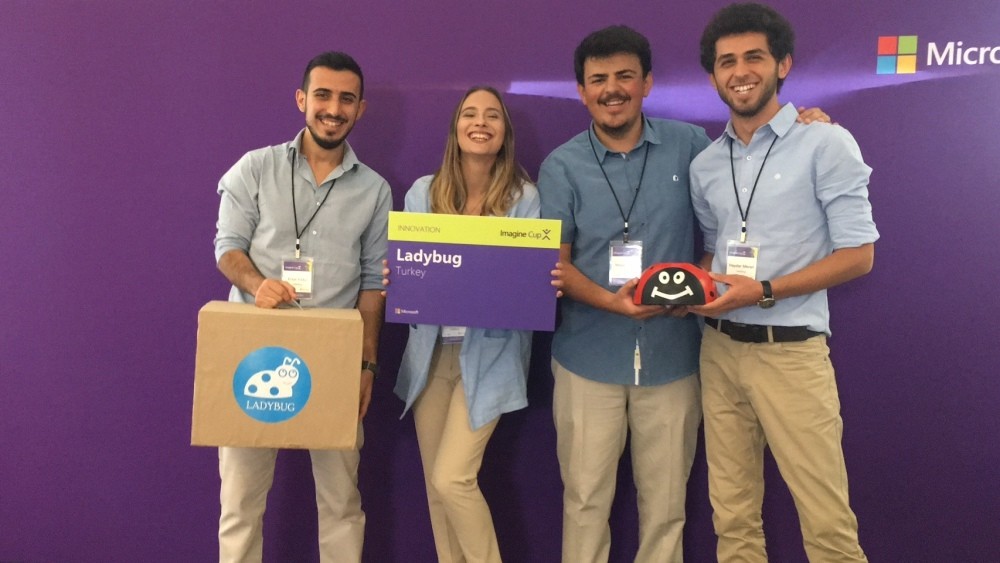 Four students from the İzmir Institute of Technology were making final preparations for the Microsoft Imagine Cup just before the July 15 failed coup attempt. Showing impressive determination, they succeeded in catching the final and represented Turkey with a project to teach coding to children

Many people caught up in the events of the failed coup attempt on July 15, where a total of 241 people died and hundreds were injured, are having a hard time getting over the trauma they suffered as a result of their experiences that night. A number of flights were cancelled during the trouble and flights to the U.S. were also interrupted, leaving many passengers in difficulty.

A group of students from the İzmir Institute of Technology (İYTE) working on the Imagine Cup for the last six months had no idea what would happen to them on the night of July 15. The team was about to leave for the U.S. to represent Turkey at the Imagine Cup scheduled to take place at Microsoft's Seattle campus. However, the cancelled flights to the U.S. the day after the coup attempt and the possibility that these cancelations may continue until Aug. 1 troubled the four students. When they got the bad news that the trip was cancelled, their mood hit bottom. However, the students had the chance to realize their dreams after the flights to the U.S. were resumed with the great efforts of Turkish Airlines.

Youth will change the world

The Microsoft Imagine Cup is open for university students around the world to compete in different categories, such as innovation, gaming technology and world citizenship. The team "LadyBug," featuring Niyazi Toker, Ersin Yıldız, Haydar Meran and Beyza Selvi, represented Turkey at the competition. The Turkish team landed in Seattle only a day before the competition and became the first team to make their presentation in the finals. They introduced mini robots that teach coding to pre-school children. They showed how young children can direct the robot's moves. To use it, children are asked to move the robots on certain routes that are set with the cards that they hold. The children are able to set the route by touching the robot in the shape of a ladybug using the cards in their hands.

Even though the Turkish students did not make it to the innovation category, where a total of 13 teams around the world compete, they still got a chance to introduce their invention on the world stage. Microsoft Imagine Cup clearly demonstrates that young people have the ability to create new projects to change the world. Reminiscent of the founder of the Republic of Turkey Mustafa Kemal Atatürk, who had great confidence in the youth, software giants are investing in young people and Microsoft's cloud technology Azure works hard to make new technologies, such as the Windows platform, popular among the younger generations.

The team ranked second at a previous competition, which took place at the Middle East Technical University (METU) and advanced to the world finals at the Imagine cup. No doubt, they were negatively affected by the atmosphere following the coup attempt in the same way other people were. It is incredibly important for Turkish students to gain experience in the world technology scene. The teams competed in three categories and were given $50,000 in prize money. The Romanian team, ENTy, claimed first place in the Innovation Category, while the Greek team, Amanda, ranked first in the World Citizen Category and team PH21 from Thailand ranked first place in Gaming. On the last day of the competition, the winners made their presentations and the Imagine Cup World Champion team was put together. 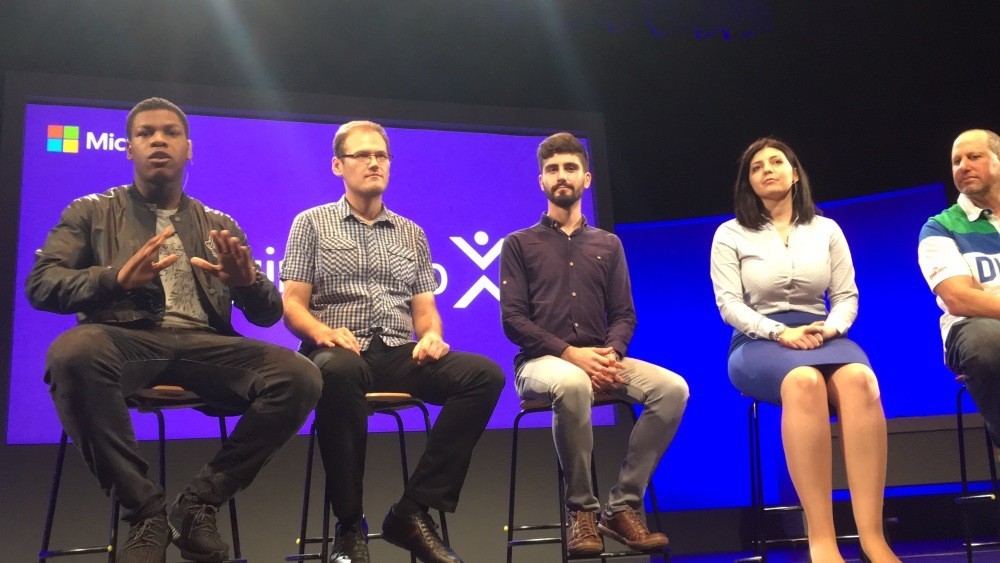 Microsoft Imagine Cup's finale took place at the Quincy Jones Performance and Art Center of Garfield High School in Seattle. While Microsoft donated $100,000 worth of technology to the high school, young actor John Boyega of "the Star Wars: Force Awakens" oversaw the finale as a jury member. All competitors and the high school students watched as the three teams addressed the jury members, including Boyega, and talked about their projects.

With the help of the project from Ladybug, it is possible to train pre-school children on coding, which will soon be as important as learning a foreign language. The robot can move to a pre-set direction and the game renews itself with different direction routes.

Champion comes all the way from Romania

ENTy were crowned champions at the Microsoft Imagine Cup as the Romanian team, which competed in the same category with the Turkish team, stood out for their health orientated solution. Their project, which detects posture and balance problems in the human body, won the hearts of the jury. Team AMANDA from the Aristotle University of Thessaloniki presented their project to help solve the global problem of "cyber bullying," while Thai team PH21 won first place in gaming for their innovative puzzle. The common aspect of all teams participating in the competition was good team work, skillful use of Microsoft technologies and innovative ideas.