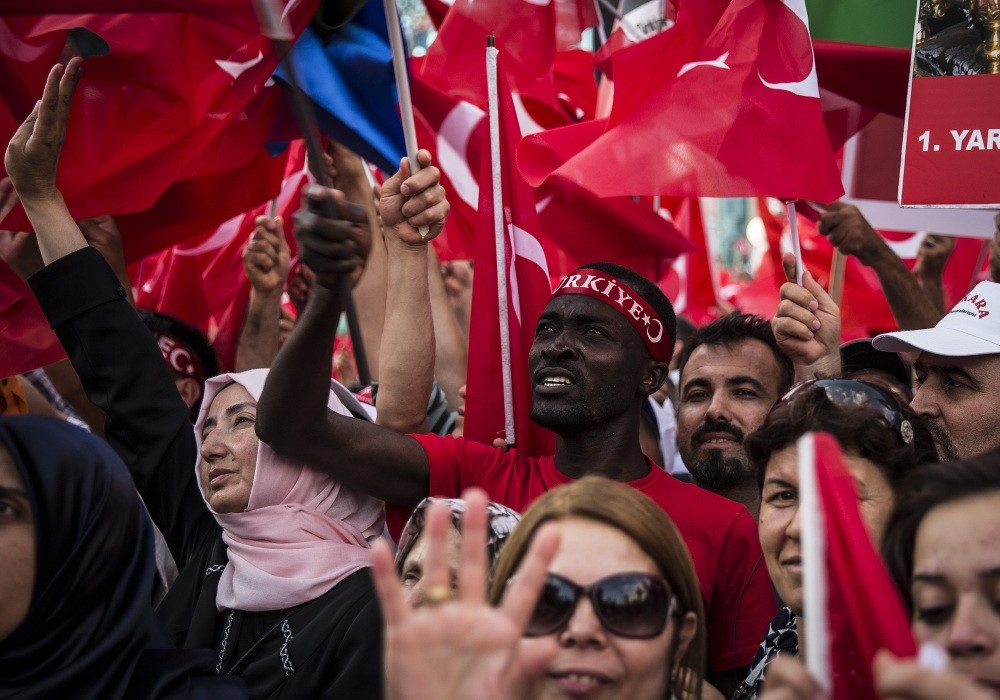 Anadolu Agency is currently displaying striking photos from the night of July 15, when the Gülenist terror cult attempted to incite a coup, in Istanbul's main metro stations

Organized by Anadolu Agency (AA) and the Istanbul Metropolitan Municipality to expose the coup attempt on July 15 by the Gülenist Terror Cult (FETÖ), the photo exhibition "FETÖ's Coup Attempt Through the Lens of AA" has attracted the attention of Istanbulites.

The photo exhibition demonstrates highlights from the failed coup attempt and is displayed at the Yenikapı and Taksim metro stations, as well as Zincirlikuyu metrobus station. Tourism professional Celal Baturay, who visited the exhibition in Yenikapı, said: "I wish this coup attempt had never occurred in our beautiful country. May God's peace rest in the souls of the martyrs for democracy. I am very saddened when I look at the photos. Turkey does not deserve such things." 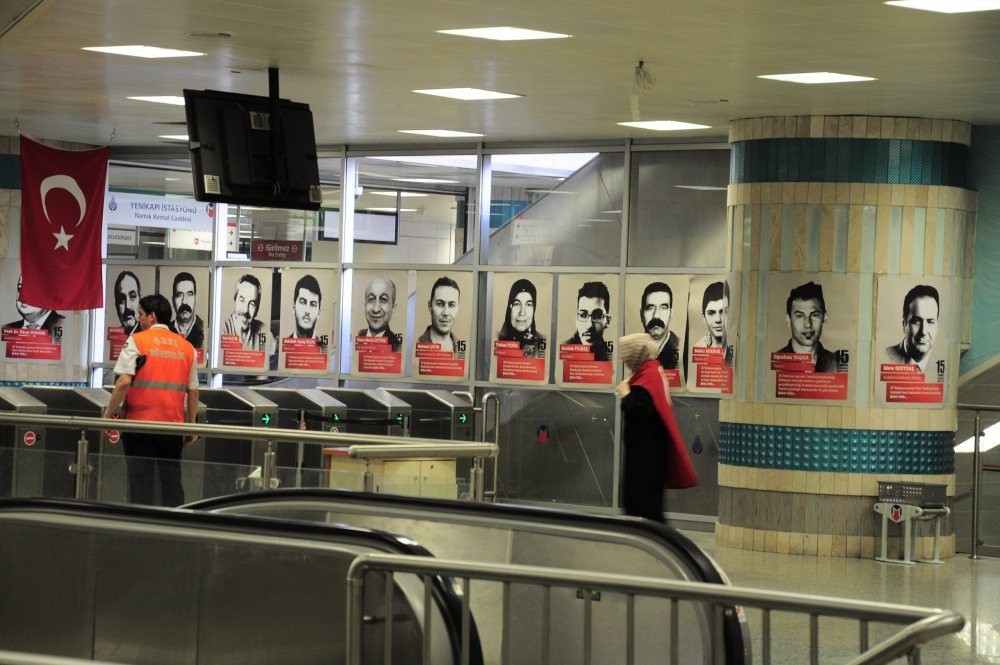 Süren Elmas, another viewer of the Yenikapı exhibition, admitted that she is afraid to look at the photos. "It is hard to imagine an army firing on its own people. Even enemies do not do such things. It is really frightening. I hope this will be the last and we will overcome the traitors. God save us all."

Furkan Kurt, a student, said that he had never witness a coup before, adding: "What I know from the stories that my parents told me is that a military coup is a very bad thing. Regardless of my political views, I want to say that rejection of a coup requires no political ties. All communities are hurt when a coup occurs. These photos are very touching."

Emin Selçuk, a visitor to the exhibition at Zincirlikuyu metrobus station, said that he was not in Istanbul when the attempted coup took place. "I was very upset that I was not in Istanbul on July 15," said Selçuk. "When I look at the photos, I see how people suffered and I regret not being here to support them. Thank God that our state and nation stood together. We say that 'Sovereignty unconditionally belongs to the people,' but it first belongs to God."

Ufuk Teksayaç, a shopkeeper, said, "We do not want such incidents to take place. We experienced very bad things. I hope that we will never again witness such things. I fiercely condemn the attempted coup." 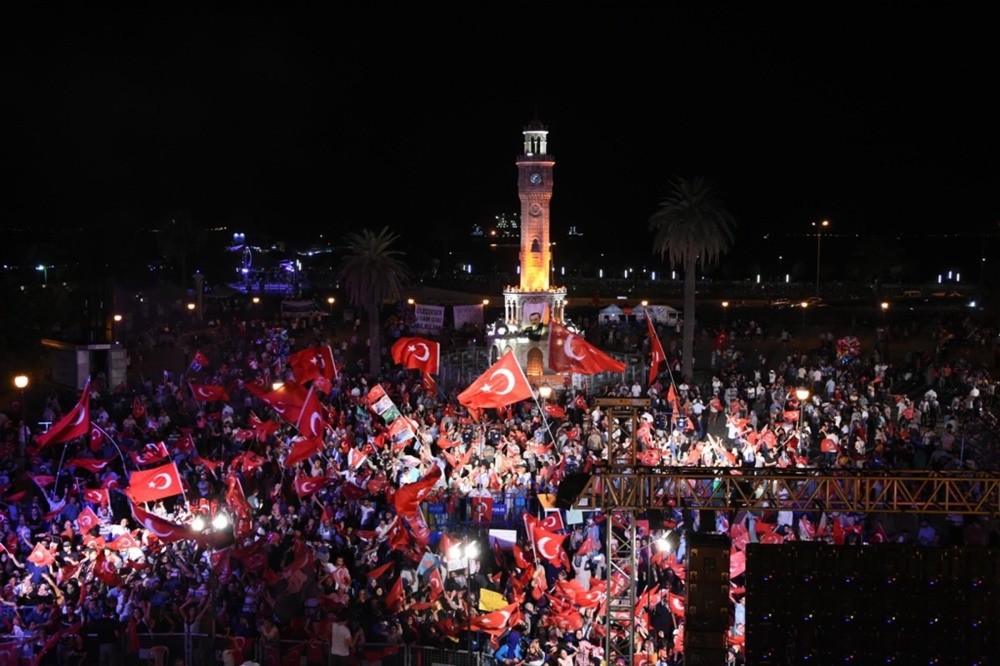 Zehra Köse, a housewife, said that when she looked at the photos, she relived the horrors of that night of July 15. "My biggest worry that night was for my children, and especially for their future. We lived through a military coup when we were children. I do not remember but I am sure that my parents worried about my future as well. Our biggest wish is to leave a bright future for our children. Of course, our love for Turkey and the Turkish flag will never die. The nation was able to react very quickly on July 15."

Burhan Altay walked through the exhibition, recalled the night of the failed coup attempt, and said: "I was shocked to see what was happening. As a Kurdish man, I did not accept this attempt and I went to Atatürk airport with three of my brothers. When we arrived, the atmosphere was very terrifying. There were tanks everywhere so we climbed on them. Thanks be to God, we were able to neutralize the soldiers and react very quickly." Altay offered his condolences to the nation and added, "May God bless those who shot these photographs. It is a beautiful exhibition. When I look at the photos, I am very moved. Nobody will be able to divide this country. Kurds, Turks, Laz and Cerkes; all are brothers and sisters. This country belongs to all of us, and we will not hand this country over to anyone."

"FETÖ's Coup Attempt Through the Lens of AA" is open until Aug. 21.
RELATED TOPICS