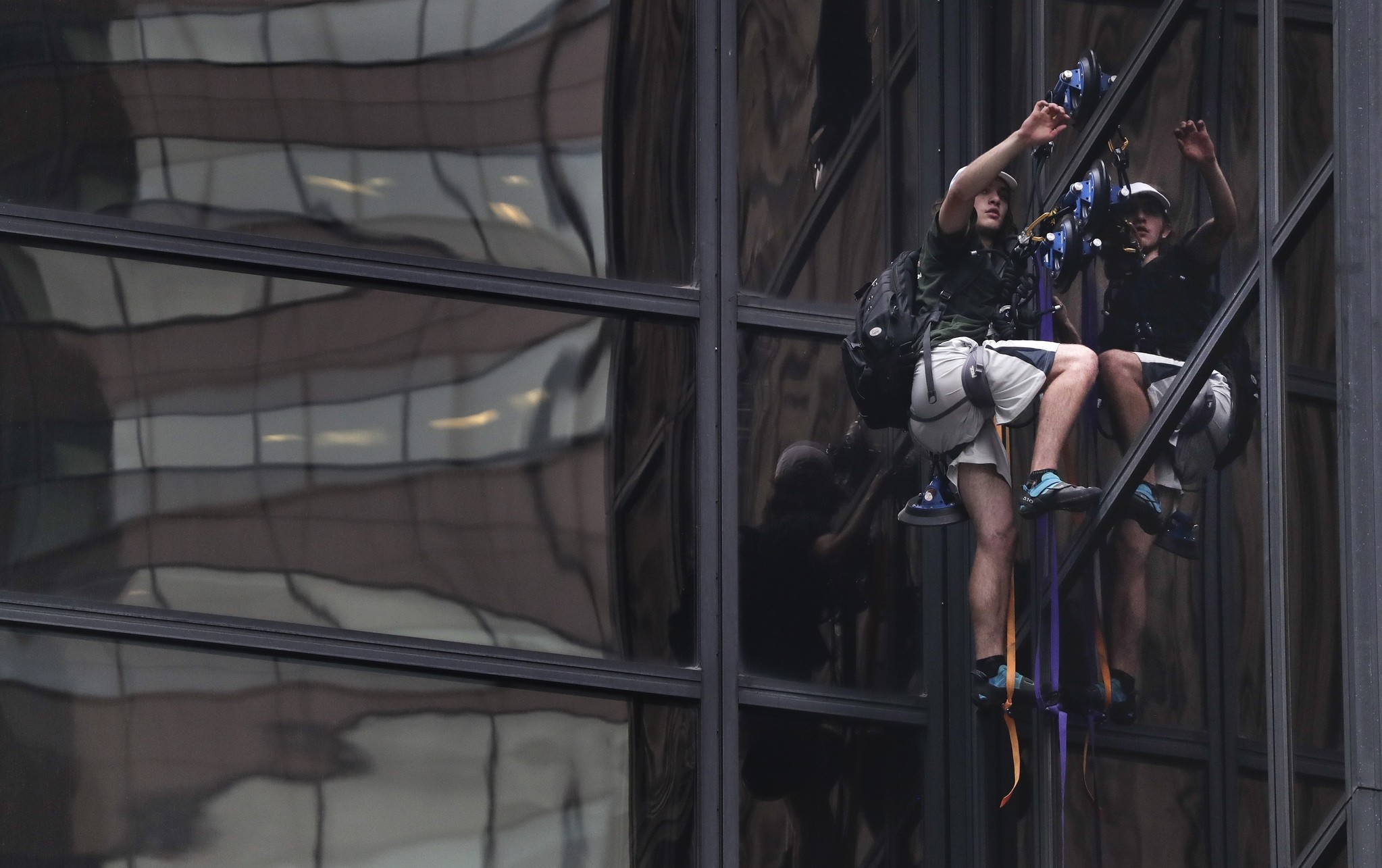 A shaggy-haired man was scaling Trump Tower in New York Wednesday using suction cups and prompting a police response outside the Manhattan headquarters of the Republican nominee for U.S. president.

Television footage showed the auburn-haired man with curls dressed in grey shorts, an olive T-shirt and white cap, using five suction cups to mount his ascent. He was also wearing a black backpack.

He was seen edging his way up the side of the building gingerly -- at times his feet dangling precariously as he gripped onto the suction cups -- on a hot and steamy afternoon with a heat advisory in effect.

The stunt drew hundreds of onlookers onto the sidewalks below and countless more to computer screens, where they watched as officers finally grabbed him and pulled him through a 21st-story window after removing the glass panel.

In a video uploaded to YouTube a day earlier, Rogata, who lives in Great Falls, Virginia, addressed Trump, saying he was an "independent researcher" who needed a private audience with the billionaire to discuss an unspecified important matter.

"The reason I climbed your tower was to get your attention," he said, before encouraging people to vote for Trump.

Rogata was taken to a hospital for evaluation, police said.

New York billionaire and real estate developer Donald Trump lives in a marble triplex at the top of the 68-story building, which is also the headquarters of his Trump Organization and election campaign.

The Republican nominee was outside the city on Wednesday, holding a rally in Virginia with another event planned later in Florida.

He unleashed a firestorm on Tuesday when he suggested that "Second Amendment people" -- those who support gun rights -- could take action to stop Hillary Clinton from appointing US Supreme Court justices as president.

Since he launched his controversial, media-saturated bid for the White House, the tower on New York's prestigious Fifth Avenue has become a magnet for tourists.

Members of the public are free to roam inside its public atrium until 10 pm most days as part of an agreement that allowed Trump to build 20 stories higher.