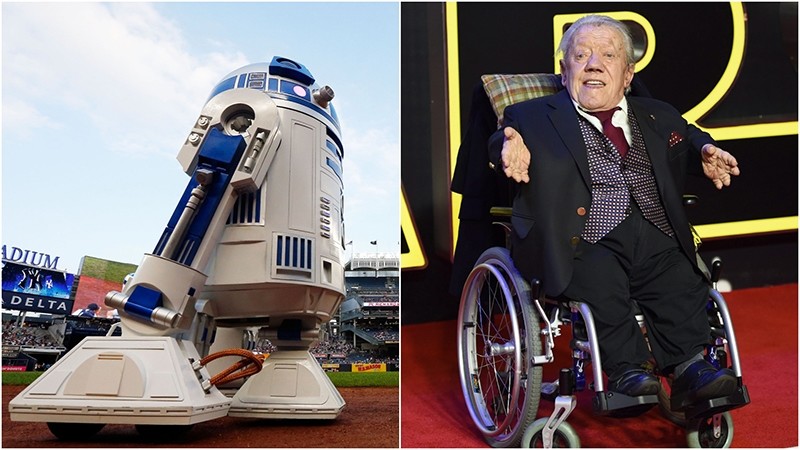 Kenny Baker, the British actor who starred as plucky robot R2-D2 in the "Star Wars" movies, died on Saturday, his niece told local media. He was 81.

Baker, who measured one metre tall (three foot, eight inches), had problems with his lungs and had been ill for some time, Abigail Shield said.

"He brought lots of happiness to people and we'll be celebrating the fact that he was well loved throughout the world," she told The Guardian.

"We're all very proud of what he achieved in his lifetime."

Baker played the resourceful droid known for his whistles and beeps in the original "Star Wars" movie in 1977 and in the five following movies.

He also received a credit in last year's "Star Wars: The Force Awakens", and attended the European premiere in London in December in a wheelchair.

However Anthony Daniels, who played R2-D2's on-screen friend C3PO and with whom Baker had a frosty relationship dating back decades, said he was never actually on set in the making of last year's movie.

Shield told Sky News television: "Unfortunately he was too ill to be part of the new Star Wars films.

"He was due to fly out to LA (for the most recent premiere) but doctors told him he was too unwell to fly. But he was consulted by certain people."

She added: "He obviously enjoyed the time working at Star Wars, it gave him a whole new different view on his disability."

The latest instalment of the franchise, "Rogue One: A Star Wars Story", is due out in December.

According to his official website, Kenny was born in Birmingham on August 24, 1934. He began performing at the age of 16 with a troupe called "Burton Lester's Midgets".

As well as "Star Wars", he starred in cult movies from the 1980s such as "Time Bandits" and "Flash Gordon".