For presidential hopefuls, you sometimes are what you eat 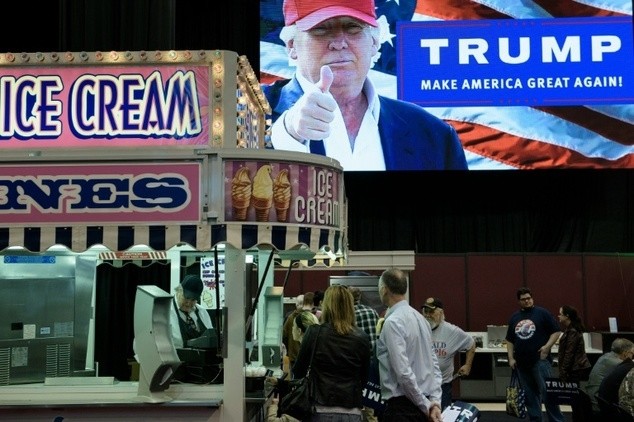 Was Gerald Ford beaten by a tamale? Did Swiss cheese cost John Kerry the White House? Will Donald Trump lose after chowing down on fried chicken on a private jet? Election campaigns often come with food being discussed in a positive or negative way

Food can play a key role in how candidates solicit votes for the most powerful job on the planet. But for every master stroke, when food and politics majestically come together in mouth-watering theater, there are gaffes that may hasten electoral disaster. "Food can be a way for politicians to communicate a type of accessibility," said Dan Pashman, host of "The Sporkful" food podcast at WNYC Studios. "But when politicians screw it up, it's very easy to make a mistake," he told Agence France-Presse (AFP).

One of the most successful food interventions was the 1939 "hot dog summit" hosted by then U.S. President Franklin D. Roosevelt for King George VI of Britain, which is credited with cultivating public support for helping Britain defeat the Nazis. 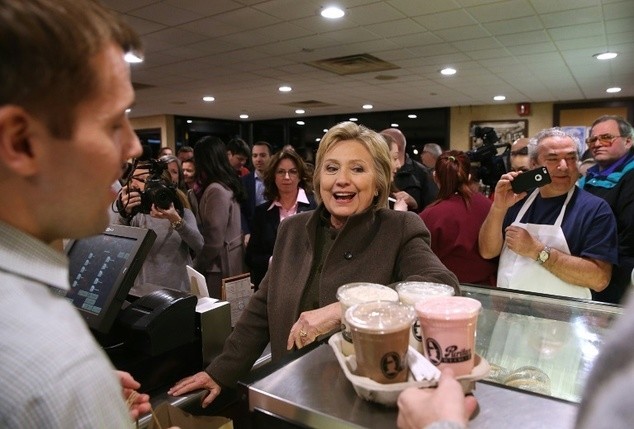 Democratic nominee Hillary Clinton, tabbed at least by early polls to make history as America's first female commander-in-chief, claims to eat a hot pepper a day for stamina. But she never drops her guard to do so in public.

The British monarch may never have seen a frankfurter before or eaten anything but a canape with his hands, indeed, the young future Queen Elizabeth II whispered to Eleanor Roosevelt: "How do you eat this?" but as the president's guest, the king wolfed down the dog American style.

"KING TRIES HOT DOG AND ASKS FOR MORE," The New York Times crowed. The meal became known as "the picnic that won the war." This year, in an election notable for its astonishing vitriol, polarization and even fears of violence, the campaign has been distinguished by far more than just food. Still, the candidates' eating habits may provide some insights. Democratic nominee Hillary Clinton, tabbed at least by early polls to make history as America's first female commander-in-chief, claims to eat a hot pepper a day for stamina. But she never drops her guard to do so in public.

"It's awkward eating in front of the press," she admitted to "The Late Show" host Stephen Colbert in April.

"They could get a funny shot, you know something could drop out of your mouth, you could smear your face ... anything that makes you look silly."

When Clinton did sample a spoonful of ice cream at a photo op, a reporter promptly yelled out if she knew the calorie count. She booed him.

Trump, on the other hand, is happy to let folks know he loves fast food - a sort of attempt at coming across as a "blue collar billionaire" - tweeting a picture of Kentucky Fried Chicken laid out with a knife and fork on board his private jet. "One bad hamburger, you can destroy McDonald's," he told CNN. "I like cleanliness, and I think you're better off going there than maybe some place that you have no idea where the food's coming from." 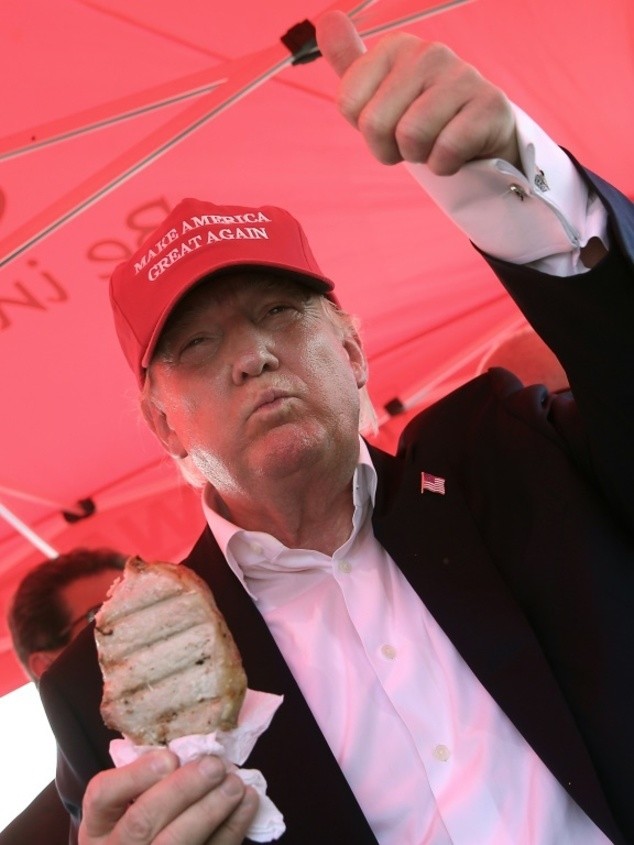 Yet he caused considerable indigestion when he tweeted pictures of himself apparently eating a taco bowl at his desk, with the bowl bizarrely placed atop a picture of his ex-wife in a bikini.

"The best taco bowls are made in Trump Tower Grill. I love Hispanics!" he tweeted, wishing Mexicans a happy Cinco de Mayo holiday despite having insulted them as criminals, rapists and illegal immigrants.

Taco bowls are not an authentic Hispanic dish. "In one tweet you have everything," Pashman said. "Making a claim about how great he is in a way that can't be substantiated; insulting people of another culture even as he is trying to embrace them." "The kinds of food gaffes that are so damaging are the ones that play into pre-existing opinions about the candidate," he added.

One example ios the idea that President Ford, from Michigan, was out of touch with ordinary people in the South when he failed to remove the tough outer husk before biting into a tamale in Texas in 1976. Jimmy Carter, a peanut farmer and Democrat from Georgia, won Texas and won the presidency.

"It may have been a tamale that did it," Mike Huckabee, a former governor of Arkansas, went so far as to claim on "The Sporkful" podcast.

Kerry made a similar misstep in 2004 when running against George W. Bush. In the swing state of Pennsylvania he ordered Swiss cheese - not an acceptable option there - on his Philly cheese steak, which should be topped with Cheez Whiz.

"One, it made it look like John Kerry didn't know anything about cheese steak, and number two, it made him look hoity toity," or snobbish, Pashman said.

Ronald Reagan loved jelly beans - he kept jars of them handy, offering them as gifts to visiting dignitaries. Bill Clinton, now a vegan, was more than partial to cheeseburgers and would sometimes lead reporters on jogs to McDonald's. A bit more soberly, President Barack Obama snacks on almonds - seven lightly salted almonds at a time, to be precise.

Obama once told Vanity Fair he had more important decisions to make than food: "You can't be going through the day distracted by trivia."

Words of advice. But will Clinton or Trump heed them?
RELATED TOPICS