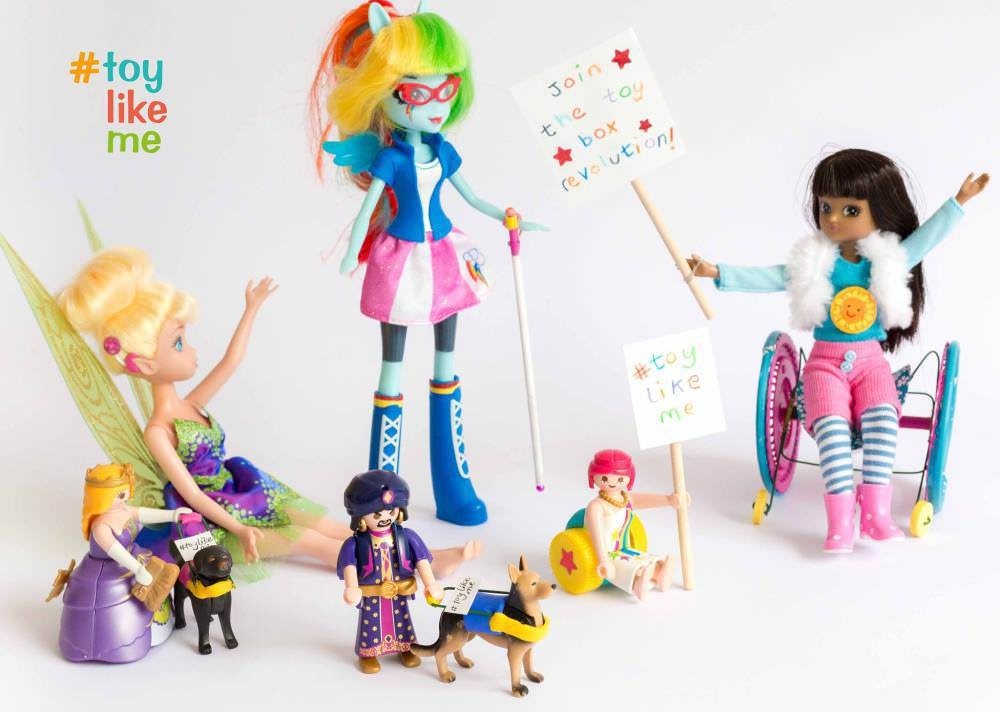 by Daily Sabah Aug 16, 2016 12:00 am
More campaigns are starting to raise awareness of social and children's issues through dolls, a recent one being the Toy Like Me campaign that began on Facebook and resulted in the release of a line of dolls designed for children with disabilities.

British toy company Makies designs customized dolls featuring children with hearing, visual and physical impairments as well as birthmarks. "We put a bunch of things on hold and jumped into designing toy hearing aids, toy walking aids, working out how to do facial birthmarks," the Makie website says, adding they have 3-D printed toy wheelchairs. "Toy Like Me Facebook campaign (#toylikeme) has rallied for greater diversity in the toy box, calling for toys that reflect children in more inclusive ways than the market currently offers. Toy Like Me's Facebook posts of toy makeovers by parents of disabled children have been widely shared, reaching an audience of 50,000 and rising - thanks to enthusiastic support from parents eager for positive representation of disability in toys," the campaign also announced in a statement.

According to a Business Insider article, Makies first introduced three dolls - Melissa, Eva and Hetty - all of which have different disabilities. "Makies' Melissa doll has a hand-painted facial birthmark which can be customized on request. Eva is a visually impaired character who comes with a cane and glasses. Hetty comes with hot pink hearing aids," the article reported. A 3-D printed doll can be made in a day and they cost around $120.

Playmobil also supports the campaign. Other dolls in the Toy Me Like campaign feature a visually-impaired one with a seeing-eye dog and a Tinkerbell doll with a cochlear implant.
RELATED TOPICS