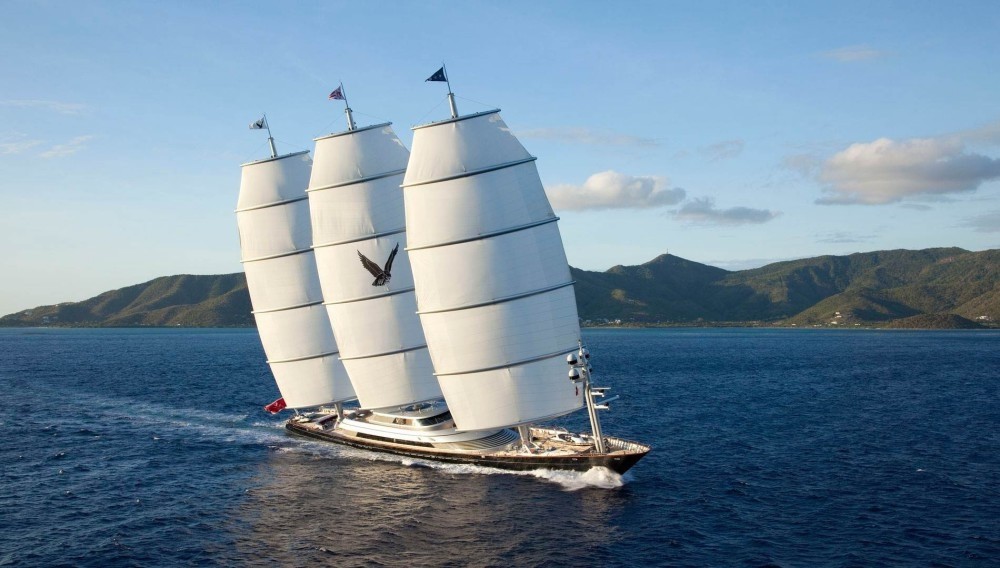 by Daily Sabah with IHA Aug 17, 2016 12:00 am
Do you fancy a short luxury trip on a luxurious yacht off the shores of the Aegean? Take a trip on the Maltese Falcon, the world's most complex and largest sailing yacht spanning 88 meters, built in Tuzla, Istanbul. Tom Perkins, a dominant venture capitalist of Silicon Valley, who lost his life on July 7, used to own this sensational superyacht, but he sold it to Elena Ambrosiadou of the U.K. for 100 million pounds ($129.88 million).The superyacht is now rentable for blue voyages from the coastal town of Marmaris. Since last week, guests in groups have been able to sail along the coast of Bodrum and the Marmaris coasts on the yacht.

Designed by Ken Freivokh and built over three years in the Yıldız Shipyard run by the Italian Perini Navi Group in Tuzla, the luxurious yacht was delivered to Perkins with a reception ceremony at the Çırağan Palace in 2006. The biggest private yacht, the Maltese Falcon offers an exceptional blue voyage experience at very high costs. For a one-week vacation on the Maltese Falcon, voyagers can expect to pay between 350,000 euros and 400,000 euros.

According to the Maltese Falcon's official website, this super cruiser has a maximum speed of 18 knots and a range of 3,000 nautical miles at a cruising speed of 14 knots, making it the ultimate charter vessel. The sailing system, the Falcon Rig, has three self-standing and rotating masts hosting 15 sails for a total sail area of 2,400 square meters. The Maltese Falcon can cross the Atlantic in 10 days and has been the recipient of many awards. She won the Perini Navi Cup regattas on two occasions as well as the Palma Superyacht Cup in 2010.
RELATED TOPICS