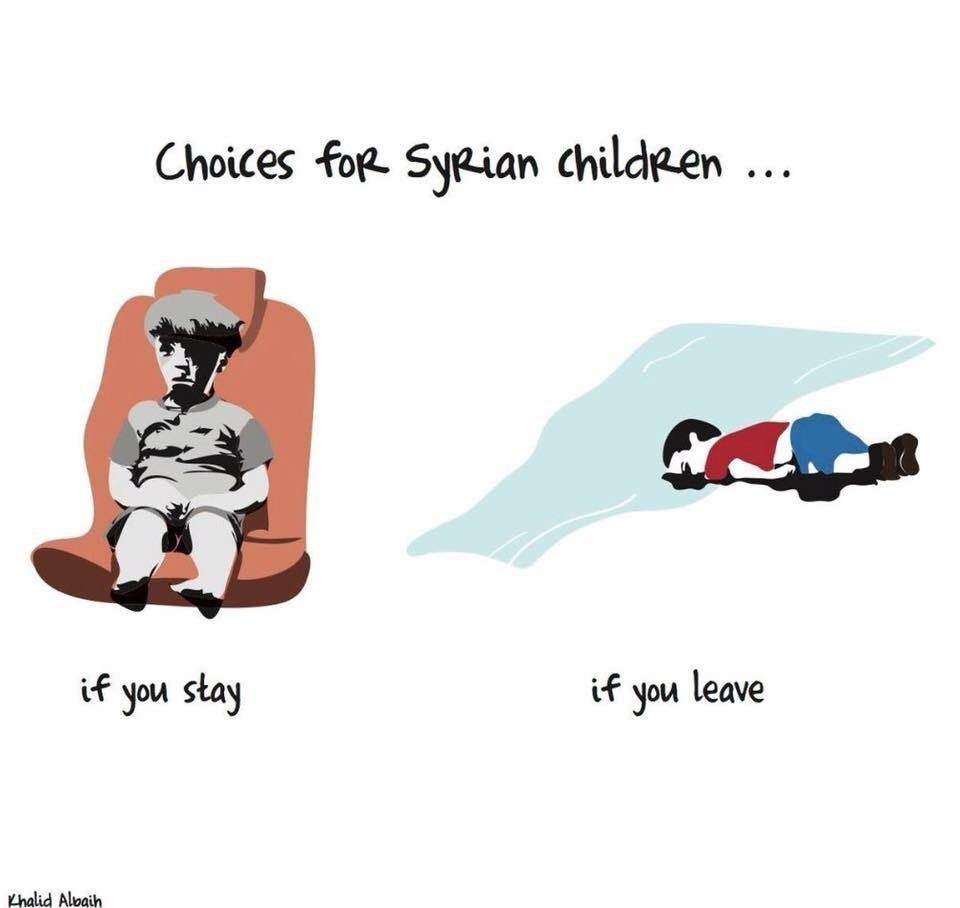 by daily sabah Aug 22, 2016 12:00 am
A Sudanese-born Muslim cartoonist's latest drawing on Syrian children has gone viral on social media after a powerful photo of Omran Daqneesh, a 5-year-old Syrian boy rescued after an airstrike in Aleppo, shook the world. Khalid Albaih's cartoon "Choices for Syrian Children" shows two children - Omran Daqneesh and Aylan Kurdi, a Syrian toddler who became an iconic symbol after his tiny body was discovered last year washed ashore a Turkish beach.

The cartoon depicts Daqneesh's blood and dust covered face and Kurdi's drowned body, and has already been shared on social media platforms thousands of times. In the artist's work, Daqneesh represents Syrian children trying to survive in their homeland while Kurdi symbolizes what happens when they try to rescue by escaping to European countries on boat. The heart-wrenching image has become a powerful reminder of thousands of children traumatized under bombs and airstrikes.

Based in Doha, the Muslim cartoonist's drawings generally cover developments on the migrant crisis, terrorism, and police brutality in the U.S. Khalid considers himself a virtual revolutionist, publishing his political cartoons about life in the Arab world on various blogs and websites.
RELATED TOPICS