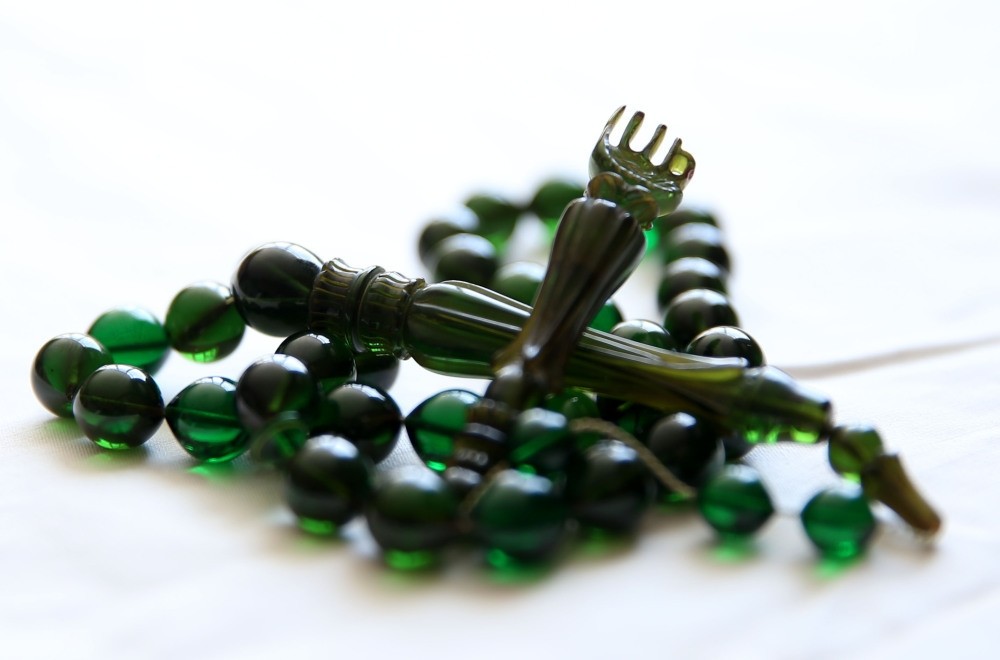 Necip Fazıl Karadağ, an artist and master producer of Islamic prayer beads (also known as misbaha or tasbih), is hard at work in his workshop in the Istanbul district of Başakşehir. He started making tasbihs when he was young. "In the past, I was trying to make tasbih from whatever materials I could scrape together. My interest grew and I later began to work more professionally." Karadağ said: "Misbaha are used around the world. As Muslims, we give them symbolic meaning."

Noting his first apprenticeship was with a goldsmith, Karadağ said his parents had five children, and they were raised to love tasbih from childhood. "We can turn tasbih into an art form. This has always been our struggle." 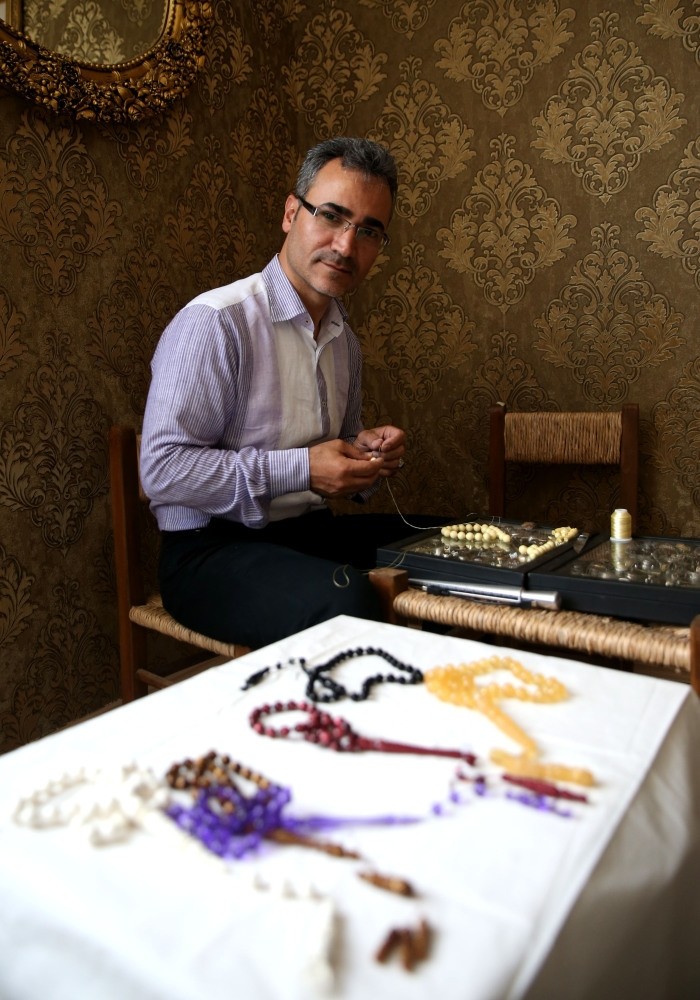 Saying that social conventions attributed spiritual meaning to the beads, Karadağ said: "Ottoman emperors had tasbihs made and would gift them to people after Friday prayers. Tasbihs are traditionally are used by people after prayers. I believe that tasbih is a way for us to bear witness to God with our hands."

Karadağ said tasbih culture was common worldwide and although some used the prayer beads for good luck, others use them to blow off steam. "Muslims see tasbih as means to facilitate prayers. A tasbih has either 33 and 99 beads, although the tasbih used by dervishes may have 500 to as many as 1,000 beads. They all have different meanings. The tasbih with 99 beads represents the 99 Names of God. Muslims perform dhikr by reciting 'Subhanallah,' 'Alhamdulillah' and 'Allahu Akbar' 33 times each after every prayer." (Dhikr is an Arabic word meaning remembrance and Muslim prayer invokes God's names, known as the "Most Beautiful Names.") 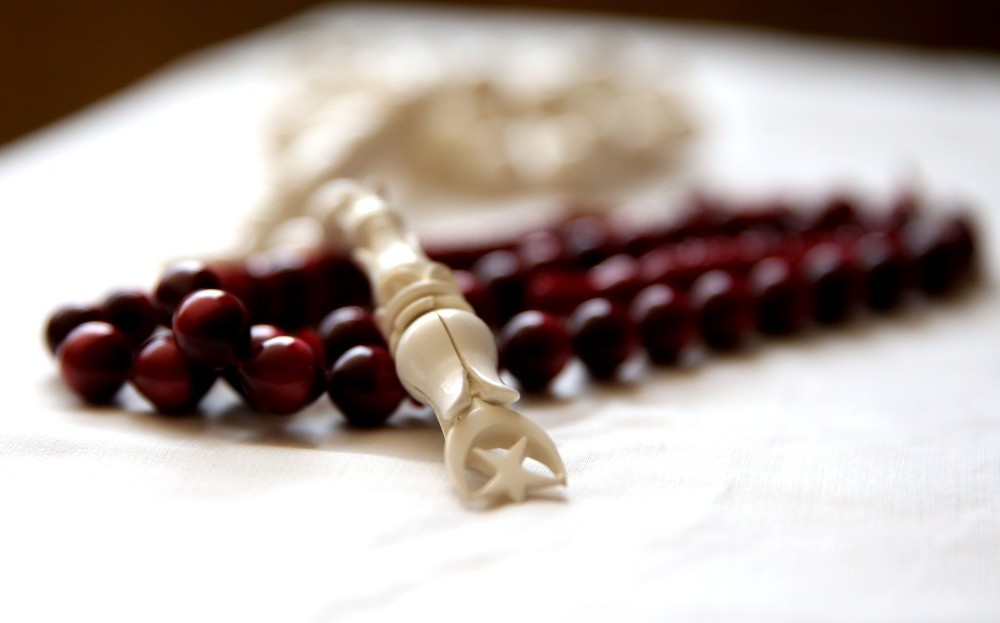 Karadağ said, "Tasbihs are commonly made from durable and biodegradable materials such as cocoa, ebony tree and rosewood. I recommend ebony tree for those with stressful jobs, because ebony beads relieve stress; while wood from the cocoa tree has been used from Ottoman times for antiseptic qualities."

Karadağ said making Islamic prayer beads was hard and required full concentration while cutting, penetrating and processing the materials, since they were not ready-made. "All types of thread, wood and stones are used in the process. They require caution, since most will be used by hands," noting that the price of tasbihs varied in accordance with their quality, ranging from TL 300 ($100) to TL 20,000, and some antique tasbih might fetch as much as TL 50,000. Making tasbihs could take between two days to two months. 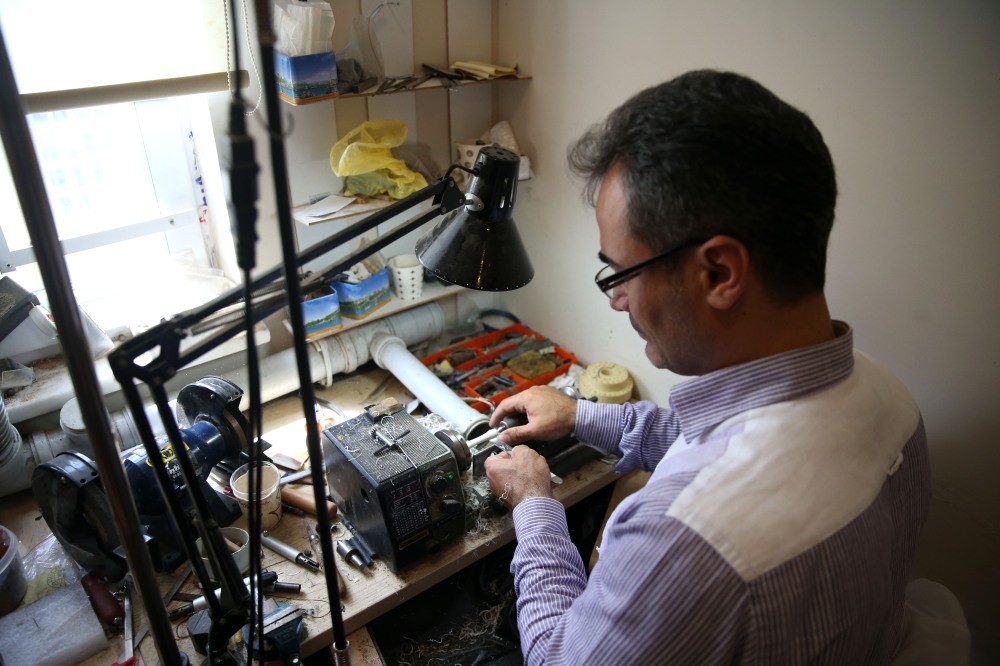 Karadağ said he was teaching how to make tasbih, training young people in Afyon Municipality's stone madrasa. "I am trying to train people interested in art from Konya, Ankara and Istanbul," Karadağ said, stressing that he approached his occupation as an art form. "The most beautiful work that a master can pass down to the next generation are his figures, motifs and details. I have given my heart to the art of misbaha and will continue to do so."

Karadağ mostly uses tulip and rose motifs in his works, as well as the nightingale's eye. "There are many beautiful tombstones in Eyüp Sultan Cemetery made by masters, and each tombstone symbolizes a different feeling, idea and life. Some of them were tutors and some hafizes." [A hafiz is a memorizer of the Quran, the Islamic scripture]. "Each tombstone depicts a different life. These columns fascinate me. I am inspired by them, but I mainly use tulip and rose motifs, since in the hearts of Turkish people, a tulip is the symbol of Allah and a rose bud represents the Prophet Muhammad. Given this context, I frequently use these symbols in my engraving works." Karadağ said he takes great inspiration from Islam and notable artworks passed down from the past.

Adding that a tasbih was the most beautiful accessory a Muslim carries, Karadağ said they are by one's side like a spouse in happy, angry and sad times, and thus he and his fellow tasbih artists were seeking ways to perfect this art and produce more beautiful prayer beads.
RELATED TOPICS