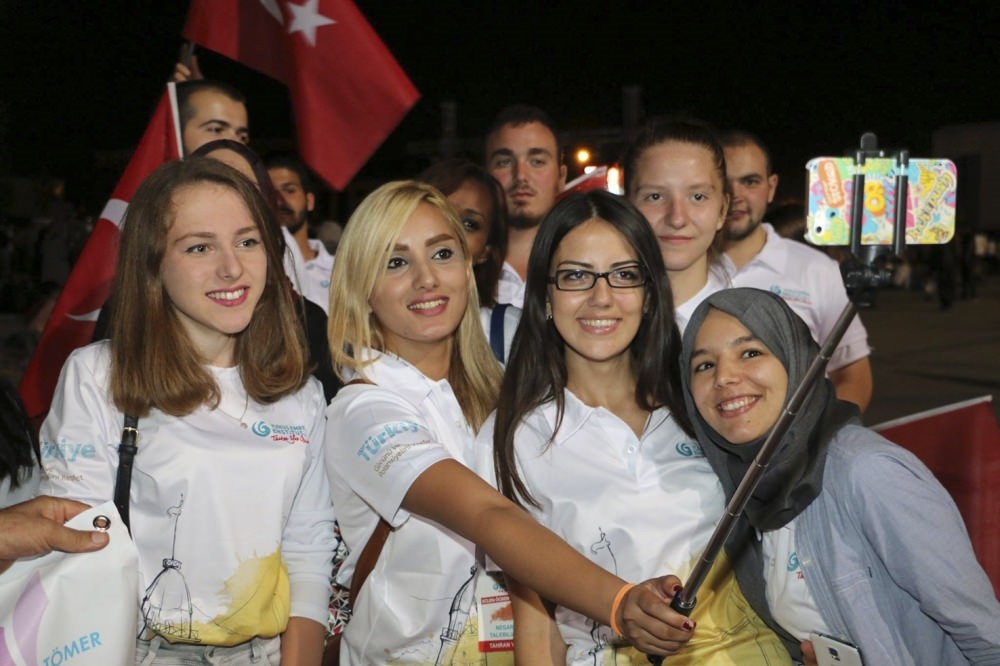 The students have visited historical sites and touristic destinations in 16 different cities and had the chance to learn Turkish and Turkish culture President of the Yunus Emre Institute Professor Şeref Ateş said the institute endeavors to share Turkey's culture, history, language, art and rich cultural background with others, reinforcing the bonds of friendship and increasing Turkey's cultural exchanges with other countries. The institute has opened a total of 45 Turkish cultural centers in the last seven years and recently opened its first center in the U.S. Professor Ateş said that they plan to open a center in South America as well.

Saying that cultural diplomacy, an important tool in recent years, remains one of the most important channels for diplomacy between developed countries, Ateş said: "The results of Turkey's progress in cultural diplomacy is evident. As Turkey reputation strengthens, the international community becomes more interested in the Turkish language and [our] culture. We work hard to keep up with the demand for Turkish language courses in certain countries. We receive demands that exceed our capacity. As we continue to open new centers, we also try to increase our current capacity." Nearly 500 students from 60 countries presented the play, titled, "A Thousand Years of the Turkish Language," with acts including "Dede Korkut," "Kuzguni Yağız," "Kutadgu Bilig," "Türkçem Benim Bayrağım," (Turkish: My Flag), "Cenk Sanatı" (Art of Battle), "Muhibbi," "Donanma" (Fleet), "Ekmek Tuz Hakkı" (The Right of Bread and Salt), "Türkçe Diler: Yunus Gibi" (Turkic Languages: Like Yunus Emre) at the Turkish Festival last year. The stage plays, composed of a total of 10 acts, were praised by the audience.
RELATED TOPICS