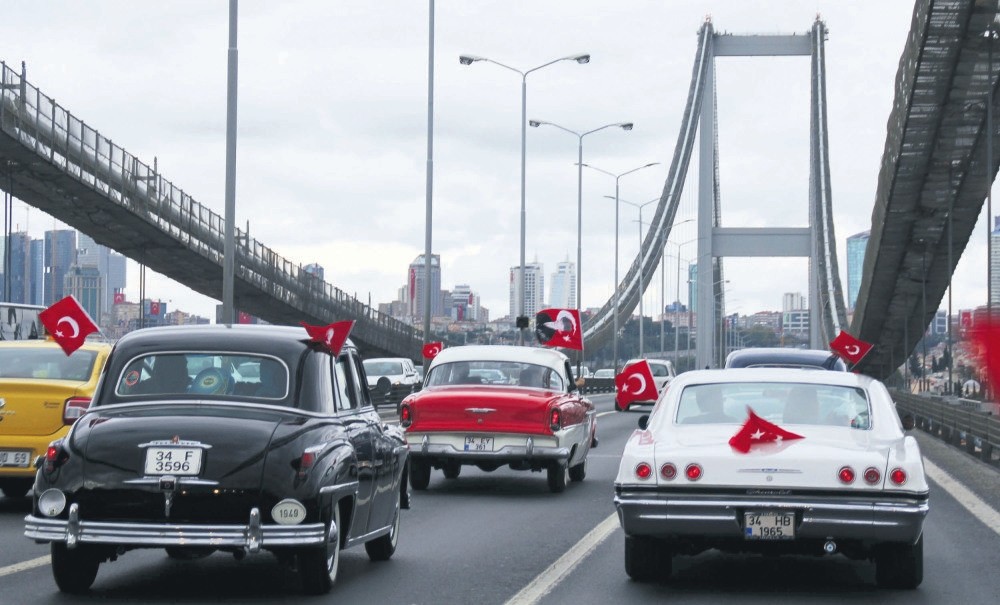 Dozens of automobiles more than half a century old will be brought together, forming a victory and democracy motorcade on Aug. 30. Decorated with Turkish flags and black ribbons, vintage cars will pass across the July 15th Martyrs Bridge while honking their horns in honor of the era of the 1950s to 1960s. More than 200 classic automobiles decorated with Turkish flags will come together for the motorcade organized by the Istanbul Classical Automobile Association (IKOD) in collaboration with Mobil 1 in order to contribute to the country's integrity, national unity and solidarity and social peace.

The 94th anniversary of the recapturing of territory previously invaded by the Greek army at the Battle of Dumlupınar by Mustafa Kemal Atatürk and his fellow fighters will also be celebrated in honor of Victory Day on Aug. 30. Dozens of vintage cars that will come together on Istanbul's Anatolian side in the coastal district of Maltepe early in the morning will slowly drive en route to Kadıköy via Bağdat Avenue by 11:00 a.m. after completing their final preparations.

Becoming the symbol of democracy's victory after the failed coup attempt on July 15 which was thwarted by the Turkish people, the July 15 Martyrs Bridge will be the midpoint of the victory and democracy motorcade. Turkish citizens are expected to show great interest in the event which aims to draw attention to the fact that our victories, the milestones of our national struggle as well as national holidays, the gains made by the Republic of Turkey, will be celebrated enthusiastically as long as the Turkish people continue to stand. By sailing to the Aegean Region, IKOD members will also attend the ceremonies of İzmir's liberation from enemy occupation on Sept. 9.
Last Update: February 02, 2020 14:29