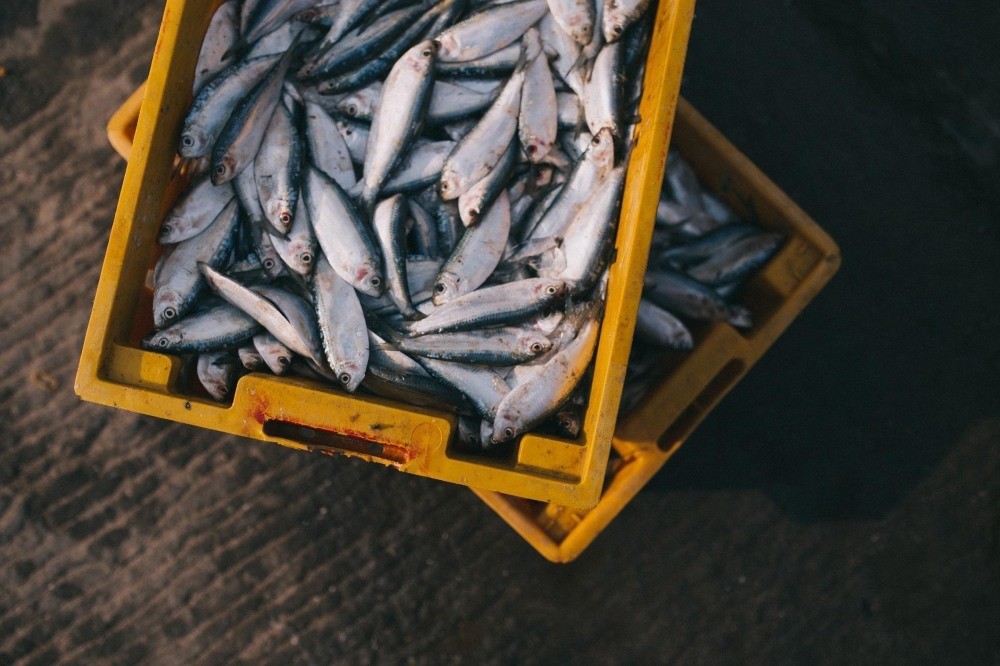 by Daily Sabah with IHA Sep 02, 2016 12:00 am
The annual fish consumption per person in Turkey is below the worldwide average, which is 19 kilograms, according to recent figures by the General Directorate of Fishing and Water Products. Turks consume only 6.5 kilograms of fish even though the country has a very rich marine life. Erdinç Güneş, a department head at the directorate, said Turkey produces between 600 and 700 tons of seafood each year. Almost 167 million tons of fish are produced in the world, according to the 2014 numbers.Turks' favorite fish is anchovy, which composes 10 percent of the fish production.

"Although anchovy are common in different parts of the world, Turkish people have brought this fish a cultural meaning," said Güneş. He said fish consumption is important for its health benefits.

For better fishing activities, monitoring will be improved on boats, Güneş further said, adding that boats will be monitored through satellite systems.

Saying that Turkey is surrounded by three seas and rich in water resources, the country offers plenty of options for seafood, the directorate head declared.

"However, we also care about marine life protection as necessary measures should be taken against excessive hunting," he continued.

Turkey is an integrated seafood and aquaculture producer, from hatcheries to fish farms, processing and packaging facilities, feed factories and plants producing packaging and technical equipment. In Turkey, fish export was around 27,000 tons in 2002 but last year, the amount reached 121,000 tons. "Turkey's fish export value reached $700 million from $97 million," Güneş added. According to information from the Turkish Sea Food Committee (STG), Turkey exports seafood to more than 80 countries worldwide. Meanwhile, Turkish aquaculture, which began with an annual production of 3,000 tons in 1986, reached 212,000 tons by 2012.
RELATED TOPICS