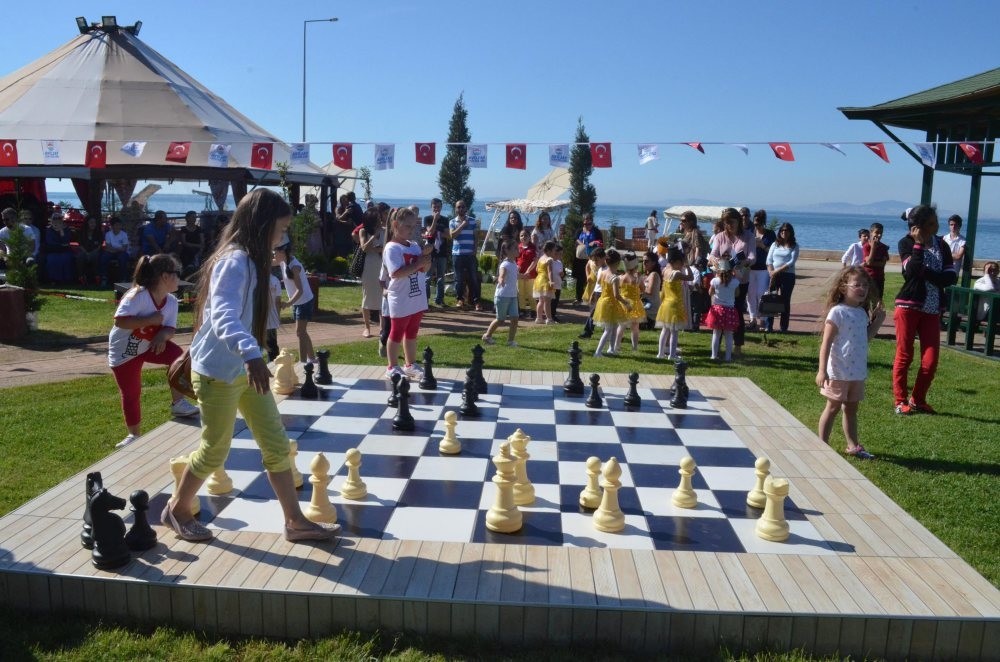 by Sep 06, 2016 12:00 am
The project "Sokakta Satranç Var!" (Chess on the Street!) will promote chess throughout Turkey from Sept. 11-18, as the week-long event gathers children and adults in parks, streets and recreational areas to play chess. Under the guidance of the Turkish Chess Federation (TSF), the project wants to increase the number of chess parks around Turkey.

TSF Chairman Gülkız Tülay said the project will be a symbol of brotherhood and peace in Turkey. Initiated last year for the first time, the Chess on the Street project is an attempt to bring chess to outdoor areas, encouraging more children to play it. Tülay said that it will be a holiday that is fun for children during Qurban Bayram (Feast of the Sacrifice). "In Turkey, chess parks are not as popular as in Europe. The TSF is planning to open more chess parks," Tülay said.

Claiming that Turkey has achieved significant success in chess in recent years, Tülay said that Turkish female and male chess players have won gold and silver medals at European chess championships. "The World Chess Olympics is going on in Baku and I believe our national team will return with good news," Tülay said. At the European championships, Sıla Çağlar won the gold medal while Ekin Barış Özdemir won the silver medal. This year, VahapŞanal, another chess player, has been announced as Turkey's youngest chess master. "These success stories happened in only a couple of months," Tülay added.

Turkey's first chess park opened its doors in the western city of Yalova with an official ceremony. Named after Nevzat Süer, Turkey's first international chess player, the park was established this June within the city's 17 Ağustos Park. The theme park was designed entirely for chess players with large chess platforms and special tables. "This project is what inspired us. We wanted to extend chess games outside rooms and halls. Our chess park project is a significant step, and highly important for us," Tülay said.
RELATED TOPICS