Going vegan: An emerging lifestyle in the Turkish market 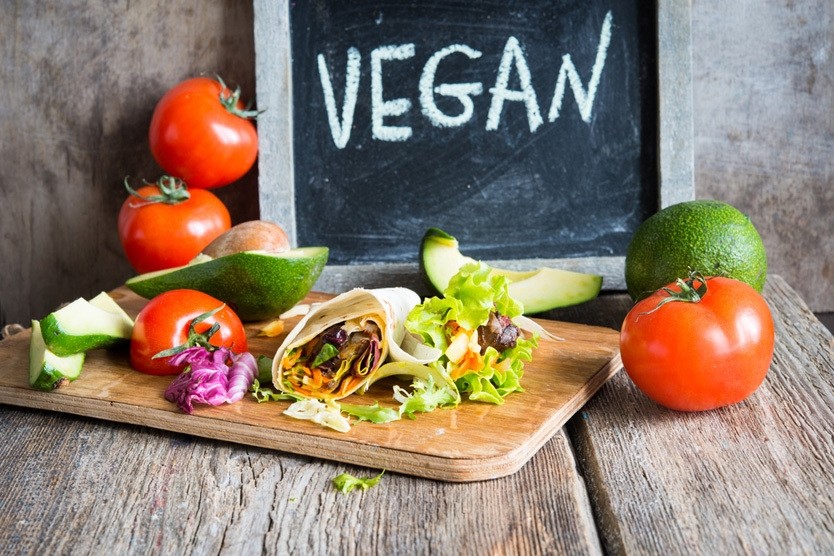 More people are jumping on the vegan or vegetarian diet around the world for various reasons, creating a growing market for food-conscious customers. In Turkey, the number of both vegans and vegetarians is quietly rising with developments visible in social life

Imagine your weekly grocery shop, strolling through the aisles of a supermarket. This very ordinary activity is a tricky task for vegans and vegetarians, who are usually looking out for food items ending with the word "free," whether dairy-free vanilla ice cream, egg-free mayonnaise or meat-free burgers, just to name a few items.

Deciding on what we want to eat can be driven by a number of factors: It can be ethical, religious - as seen in India where vegetarianism is a major force - health-based, economic, and political like the vegan groups who advocate the animal-rights movement.

The global figures on veganism/vegetarianism show that their worldwide number comprises a limited portion of the world population. The 2014 "Meat Atlas of the Friends of Earth" by Heinrich Böll Stiftung reports over 375 million vegetarians including 74 million in Europe. However, a steady rise in people transitioning to a vegetarian lifestyle for which they describe as "a big change" is clear from the report. They emerge as a growing minority in the West, practicing vegetarianism as a philosophy. In the U.S., 4 percent of men and 7 percent of women are defined as vegetarians.

All these numbers have obviously brought great-tasting vegan options to grocery stores, vegan-themed restaurants, cafes and more importantly food-conscious consumers. The market for vegetarian products and meat alternatives is rapidly growing and there is a clear demand to help consumers identify these products. And to find out whether a product is really vegetarian or not, "V-label," the European Vegetarian Label first introduced in 1985, is beginning to be a necessity.

In Turkey, vegetarianism is not much-talked-about topic, yet both vegans and vegetarians are now more decisive about what they buy at a supermarket or order in a restaurant as it is a question of luck not judgement.

For industrialized countries, while grabbing a burger is easier than having salad, avoiding animal products can easily be an outcome of your world view, too. In Turkey, consumers are becoming more sensitive about testing cosmetics on animals or the use of animal fibers on textiles, in addition to the issues on food products. The TDV company recently gave the V-label to the well-established fragrance and cosmetic company Eyüp Sabri Tuncer for its soaps and shampoos, Balcı said.

Last month, the resort town of Didim in southwestern Aydın city was announced as Turkey's debut "vegan-friendly city." In March, Barcelona also self-declared itself as a vegan city to encourage locals to embrace a meat-free diet and attract vegan tourists visiting the city. In vegan-friendly cities, concrete steps are taken to make vegan and vegetarian menus more common and local producers are becoming more conscious on this subject. Next year in spring, Didim will house a Vegan Festival that will be packed with vegan and vegetarian activists and food companies, featuring some of the best food, experts, clothing, and other vegan goodies guests can find.

As far as the general vegetarian and vegan population, no comprehensive study has ever been done on identifying Turkey's vegan population. Balcı said the TDV previously conducted surveys, but the first nationwide study will be done in collaboration with the Turkish Statistical Institute (TurkStat) next year. The TDV also publishes a periodical magazine called "Veg & Nature" in Turkish, covering up-to-date topics not merely on vegan issues but other fields like ecology, the environment and animal rights for its readers.

How about potential problems with vegan diets?

According to the same report, healthy living is an important factor for people embarking on a change in their diet. Seeing as there are hormones and an excessive use of agrochemicals in feed production, intensively produced meat is not healthy. This means a lot for countries with high meat consumption like Australia, the top OECD country in meat consumption followed by the U.S. Among European countries, Turkey came fourth in red meat consumption last year.

So what about health concerns with vegan diets? A number of studies like the one published in the American Society for Nutrition's magazine stress a vegetarian diet's health benefits, including a higher content of fiber, folic acid, vitamins and more unsaturated fat; however, eliminating animal products from the daily diet also increases the risk of certain nutritional deficiencies. At the end of the day, an optimal diet for all depends on a lot of things. Sedanur Macit, dietician and research assistant at Gazi University in Ankara, told Daily Sabah that the prevalence of the vegetarian diet has risen in recent years, stressing its similarity between the Mediterranean diet. "A study presented at the 22nd European Congress on Obesity shows that the vegetarian diet increases the life quality of patients with diabetes, reducing the feeling of hunger. However, different nutritional needs may arise based on the lack of certain nutritional elements in the diet," Macit said. She said the amount of dietary allowance based on daily energy needs for lacto-ovo and vegan people are different and it is important to support Vitamin B12 and iron in their diet. "The vegetarian diet's type can influence health from different perspectives and both vegan and vegetarian people can encounter health risks. We suggest our patients follow our recommendations to minimize the possible health risk," she concluded.
RELATED TOPICS