Brad Pitt, Angelina Jolie are split up at wax museums around the world, except Turkey 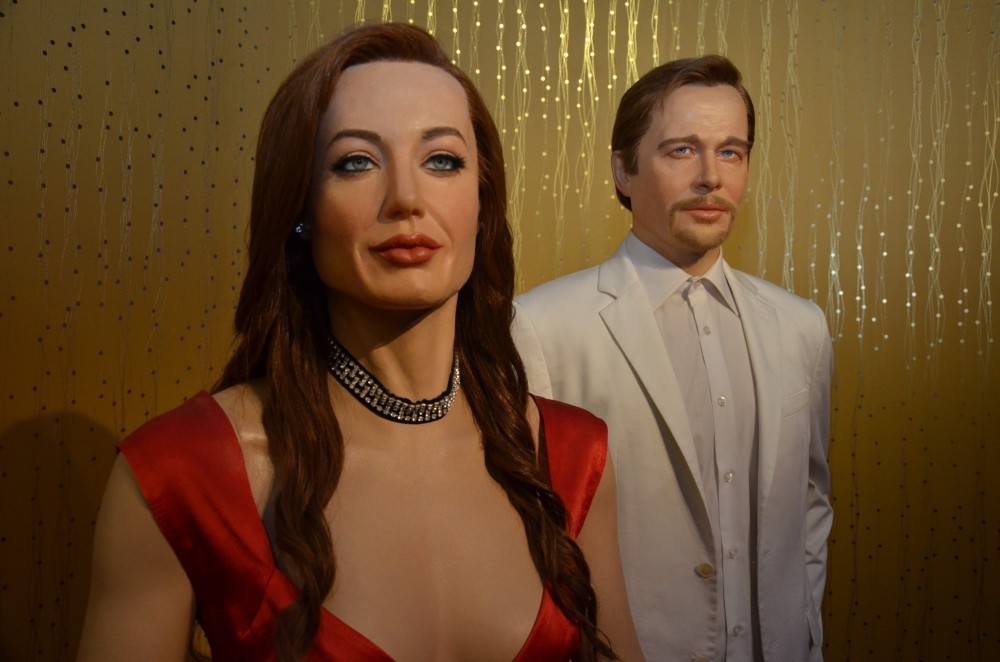 by Compiled from Wire Services Oct 03, 2016 12:00 am
It has been more than a week since Angelina Jolie filed for divorce from Brad Pitt and notions about the split of Hollywood's "Brangelina" couple are still going. At several Madame Tussauds wax museums, the Angelina Jolie and Brad Pitt split is a literal one. In London, Jolie's figure has been placed near one of Nicole Kidman. Pitt's is hanging out with the figure of his co-star in several films, Morgan Freeman. The couple will also be split up at Madame Tussauds' museums in the U.S.

However, in Turkey, things are slightly different. In central Eskişehir province, a wax museum director said the couple's structures will remain together until the couple officially divorce each other. Locals visiting the museum also want to see the wax sculptures of Pitt and Jolie together. "I wish they would not split up as they look very good as a couple," said one of the visitors at the museum. Another visitor, Medine Kekeç, said that the wax sculptures should remain together. "I hope they will patch things up and be together again," she said.

Jolie has reached a temporary agreement with Brad Pitt giving her custody of their children and granting him visiting rights, reports said. Jolie will have physical custody of the children - three of whom are adopted - while Pitt gets his first visit under the supervision of a therapist who will decide how to proceed in the coming weeks.

Though their initial romance - begun after the pair starred together in 2005's "Mr. and Mrs. Smith" - sparked an avalanche of tabloid interest, Jolie and Pitt settled into their own unique kind of globe-trotting domesticity. Together for 12 years, Jolie and Pitt only wed in August 2014. They married privately in the French hamlet of Correns in Provence with their children serving as ring bearers and throwing flower petals. They announced the ceremony days later. The couple has six children together: Maddox, Pax, Zahara, Shiloh, and twins Knox and Vivienne.
Last Update: Oct 03, 2016 12:37 pm
RELATED TOPICS