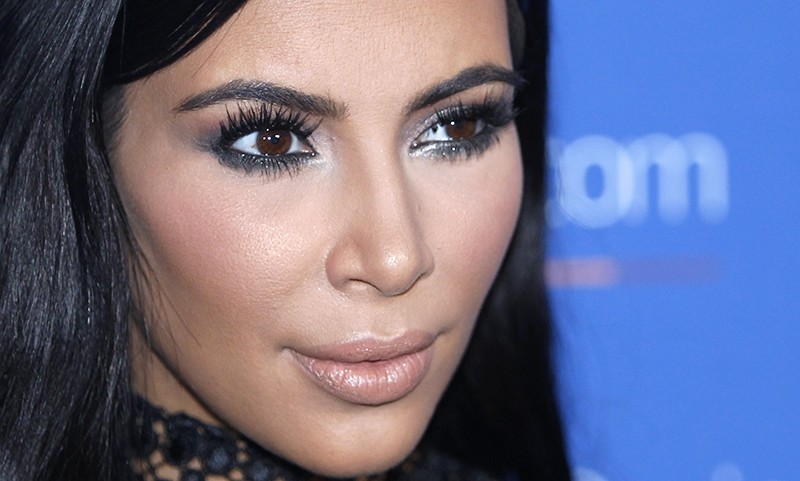 - In this June 24, 2015, file photo, Kim Kardashian poses during a photo call at the Cannes Lions 2015 (AP Photo)
by Oct 03, 2016 12:00 am
Reality television and social media star Kim Kardashian West was robbed at gunpoint of millions of euros worth of jewelry while inside her Paris hotel room, her spokesperson and a French judicial source said Monday.

Kardashian West was robbed of 9 million euros (10 million dollars) worth of goods, a judicial source told dpa. The initial estimate of the stolen goods includes a ring valued at 4 million euros and a jewelry box valued at 5 million euros, the source said.

Five people in disguise arrived at the hotel before two entered the apartment where Kardashian West was staying and held her during the robbery, the source added.

Kardashian West's husband, rapper Kanye West, was performing a concert at the Meadows Festival in New York on Sunday night when he learned what happened and abruptly ended the show.

"I am sorry, family emergency; I have to stop the show," West told concertgoers.

Kardashian West was in the French capital for Paris Fashion Week along with her mother, Kris Jenner, and sister, Kourtney Kardashian.

The three attended a show by fashion house Givenchy on Sunday night, in which Kardashian West's sister Kendall Jenner was walking as a model. Kardashian West also attended an event held by Maison Siran at a hotel near the Champs-Elysee.

The daughter of OJ Simpson defence attorney Robert Kardashian, Kardashian West was friendly with reality TV celebrity Paris Hilton and went on to star in her own reality series, "Keeping Up with the Kardashians."

Listed at number 42 on Forbes ranking of 100 top-earning celebrities, Kardashian West's net worth was estimated to be 51 million dollars from June 2015 to June 2016. Most of her income was generated by her mobile game, "Hollywood," as well as endorsements on photo-sharing site Instagram.