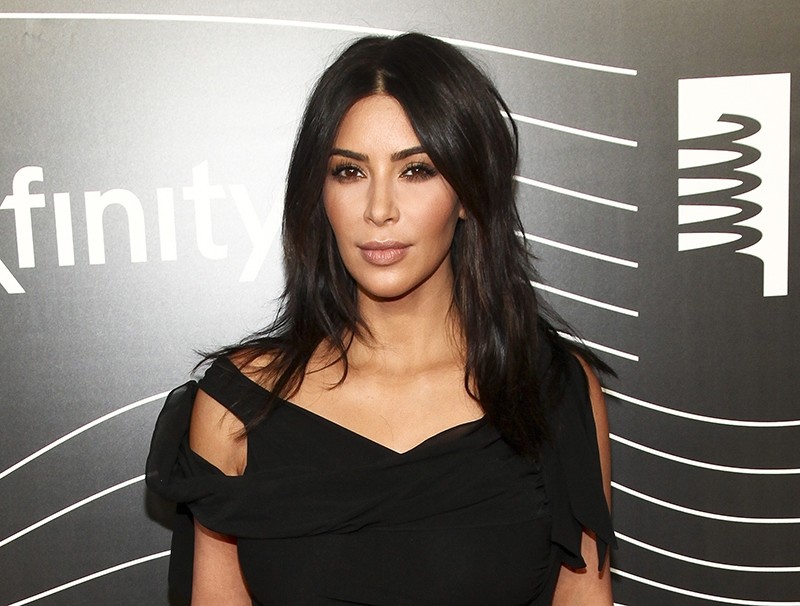 Kim Kardashian on Tuesday sued a website for claiming she had staged an armed robbery in Paris that her sister said had left her terrorized and traumatized.

The reality TV star filed a defamation lawsuit in federal court in New York against the U.S. celebrity gossip site MediaTakeOut.com for reporting that she had faked the robbery, and then filed a fraudulent insurance claim.

Paris police said the 35-year-old celebrity was robbed at gunpoint of some $10 million in jewelry by masked men who tied her up in her Paris apartment early on Oct. 3.

Kardashian's TV show "Keeping Up With the Kardashians" has been put on hold since the robbery and Kim has stopped her other business and social engagements.

In the first TV appearance on Tuesday by a Kardashian member since the Paris incident, her sister Khloe said the robbery had proved a "wake-up call" to the family, who chronicle almost every aspect of their lives on TV and social media.

"She's not doing that well. I mean, it's incredibly traumatic what happened to her, but our family is super close and great and we'll get through it together," Khloe Kardashian told U.S. chat show host Ellen DeGeneres.

"It's just a wake up call to make a lot of life adjustments. This is a really serious matter for Kim I think that's really personal," she said, adding that Kim had suffered "emotional terror."

Tuesday's lawsuit seeks unspecified damages for defamation and names both MediaTakeOut.com and its founder, Fred Mwangaguhunga, as defendants.

"After having been the victim of a horrific and traumatic armed robbery in France, Kim Kardashian returned to the United States only to again be victimized, but this time by an online gossip tabloid that published a series of articles in early October 2016 referring to her a liar and thief," the lawsuit said.

It said that Mwangaguhunga refused to publish a retraction and an apology.

Kardashian has been criticized for making herself vulnerable by posting photos of her $4 million dollar engagement ring and other jewelry in the days before the Paris attack.

Others have made fun of the robbery. One California-based company is selling a Halloween costume called "Parisian Heist Robbery Victim" that consists of a long black wig, sunglasses, a white bathrobe, rope, a mouth gag and a large plastic ring.