Ride off the beaten track on quad bikes in Turkey 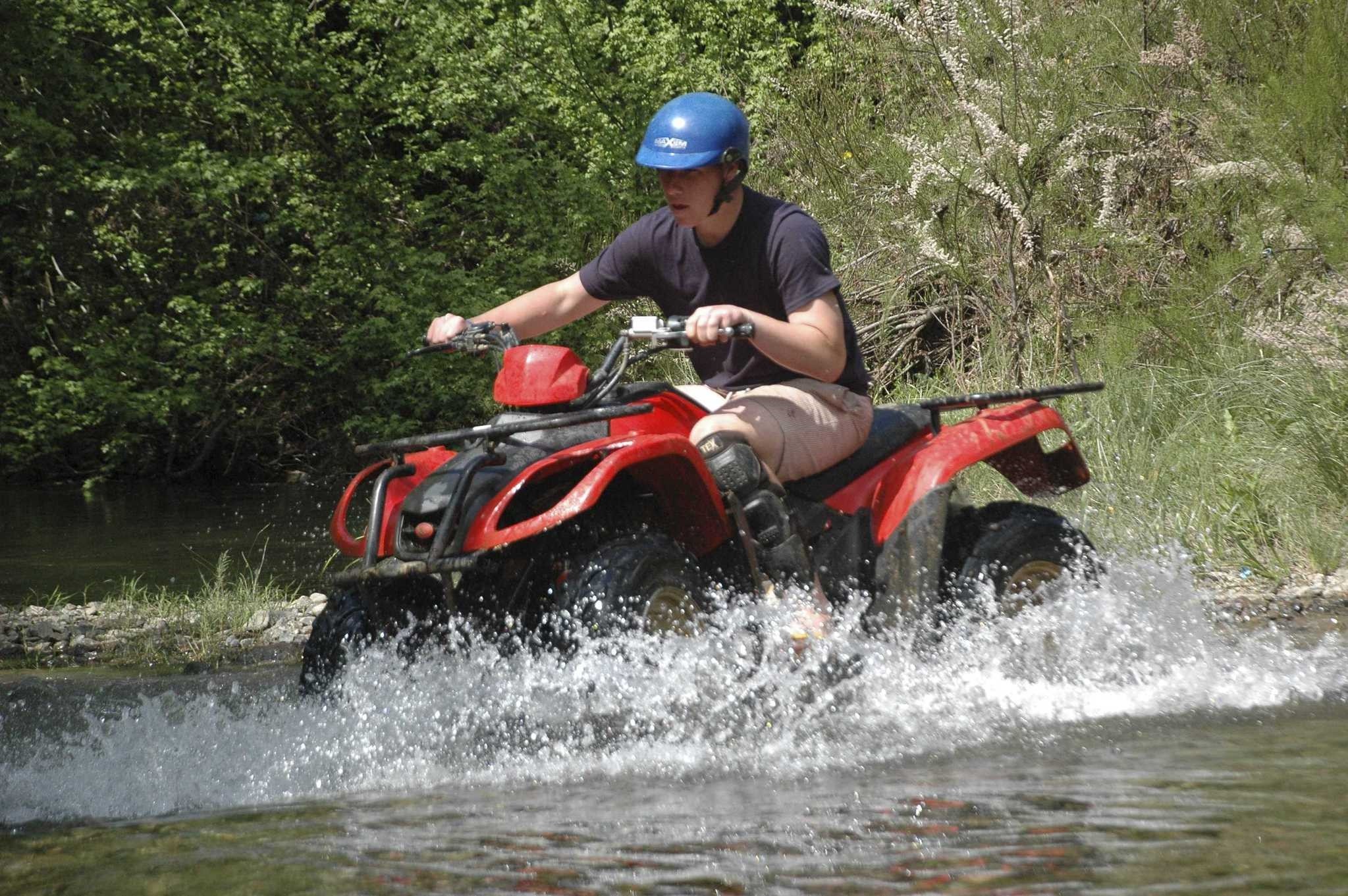 To explore unspoiled nature, quad bike tours are an ideal option and in Turkey, adrenaline-seekers can join these tours throughout the year in cities including Antalya and Cappadocia

Do you fancy discovering nature from a completely different angle in Turkey? Then quad bike tours could be an option. These tours take you along tracks through forests, across coastal meadows and to other surprising places along rivers and near lakes. A number of tourist destinations across Turkey offer an adventure where you can take a ride through attractive terrain in the heart of nature.

With fairy chimneys and valleys beyond comparison, the touristic establishments in Cappadocia in Central Anatolia offer different tour alternatives to local and foreign tourists who visit the region to see more of nature's beauties.

Foreign tourists are enthusiastic about the safari tours available on quad bikes in Cappadocia, a region offering a whimsical fairytale for all. Along with bike, horse, jeep and hot-air balloon tours, tourists have gotten more and more interested in tours on quad bike in the last few years.

During tours organized by the Göreme Municipality, tourists are taken with quad bikes in groups along with a guide to the valleys of the Cappadocia region to discover its natural and historical beauties and stunning fairy chimneys.

Ertuğrul Demirhan, the manager of Cappadocia Adventure, a local establishment, said that quad bike tours are in high demand, noting: "With quad bikes, people can access places that are not easily accessible by horses or walking in a short time. They get a closer look at the fairy chimneys during the tours," Ertuğrul said, adding that the three valleys of Kılıçlar, Güllüdere and Çavuşin are open to quad bike tours with the support of the Nevşehir Governorate.

The prices vary according to the season but a one-hour ATV tour in the region is around TL 50, while the prices are TL 70 on average for a two-hour trip.

Adrenaline-seekers love to visit Marmaris, another favorite tourism spot in the South Aegean region, where natural sports centers welcome both local and foreign tourists for off-road, "dune buggy" safaris in off-road vehicles. Tours are available for between 20 to 25 people at a time, allowing tourists to set off on special tracks designated for quad bikes and closed to traffic. A tour lasts approximately one-and-a-half hours and tourists cross creeks and mud sumps, enjoying a fun time during breaks filled with entertaining events.

Şenol Baykallar, the coordinator of one of the outdoor sport centers in Marmaris, said that 86 percent of Marmaris is covered by forests and within the last few years, in addition to sea, sand and sun tourism, interest in outdoor sports is on the rise.

Noting that this form of tourism is contributing to tourism in Marmaris but needs to increase, Baykallar said that they offer safaris with quads and dune-buggies along with jeeps and that their motto is, "security comes first, fun comes next." "Along with British and Russian tourists, the number of tourists from the Middle East who visit the region has been increasing over the last two years. We offer four or five tours each day," Baykallar added.

Those visiting the ancient city of Patara in the district of Kaş in Antalya can also train on quad bikes and have fun. After a short briefing, tourists put on their protective helmets and receive information on how to use quad bikes. Then, they are taken to two different tracks and they do a 15-minute test- drive. Next, holiday makers start the safari tour with two guides; one sitting at the front and one at the back.

Heading towards the point where the Eşen Creek disembogues to the Mediterranean; the vehicles pass the canal and arrive at Çayağızı and stop at a sandy beach on the way back, crossing over narrow and dusty roads between rocks and trees before arriving at the exit point. The quad bike safaris last around three hours and are approximately 30 kilometers long.

Some international tourists from the U.K. who joined the tours said that driving on dusty, dirt roads is a great experience while tourism officer, Mehmet Otlu said that a number of centers offer alternative tourism in the ancient city of Patara. Tourists can leave traditional sea, sand and sun tourism behind for an adrenaline rush while driving inside forests or along the seaside, sandy areas with shrubbery, dust and sand.

The next destination for quad bike tours in Antalya is the resort of Alanya. After a short information session, holiday makers are provided with a helmet before their unforgettable adventure in the Taurus Mountains begins. All quads are safe and easy to operate. No license or previous experience is required. They ride the quad bike in an off road environment passing muddy streams that make them dusty and dirty. The tours generally take two-and-a-half hours.
RELATED TOPICS