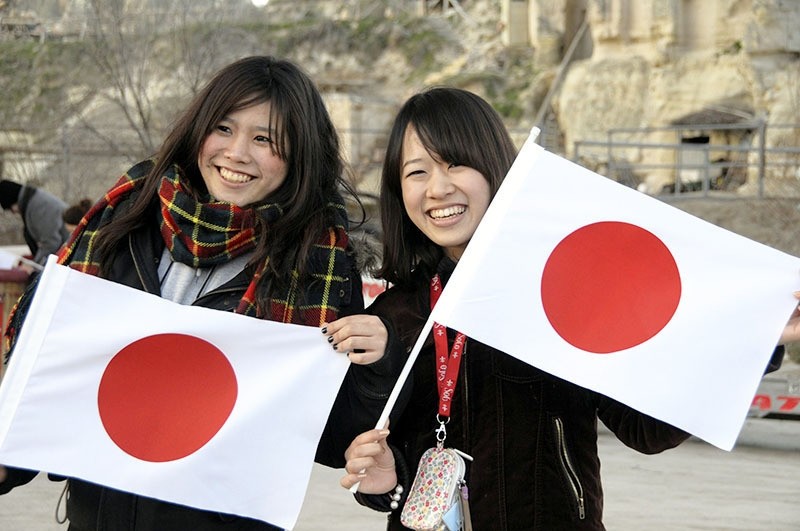 by Anadolu Agency Oct 25, 2016 12:00 am
To enhance cultural and academic cooperation between Turkey and Japan, a new project "İki Doğu'nun Köprüsü: Tasavvuf Kültürü Eğitim Programı" (The Bridge of Two Easts: Education Program for Sufi Culture) has been initiated by bringing together academic and research institutions from Turkey and Japan.

With the aim of enhancing public diplomacy, the project partners will organize Japanese Culture Day and Turkish Culture Day in Istanbul and Kyoto with contributions from the Consulate-General of Japan in Istanbul and Embassy of the Republic of Turkey in Tokyo. A specific focus will be put on Sufism.

The Üsküdar University Institute for Sufi Studies will offer an educational program on Sufi Culture to graduate students from Japan. It will take six weeks and 10 PhD students from Kyoto University and other relevant Japanese universities will attend. It will offer courses on Ottoman Turkish and Paleography and introduce manuscript collections in Turkey.

Understanding Sufi themes in popular culture as fields of study will provide significant clues for establishing cultural relations. The project is expected to run for a year with the support of the Presidency for Turks Abroad and Related Communities.

On Saturday, an opening symposium took place at the Üsküdar University with Turkish and Japanese researchers attending. Prof. Yasushi Tonaga of Kyoto University, Prof. Masayuki Akahori of the University of Sophia and Assoc. Prof. Daisuke Maruyama of the National Defence University were among the guests along with researchers from the Üsküdar University's Sufism Research Institute. A workshop on Sufism also took place on Sunday to develop a translation of Japanese and Turkish texts on Sufism.
Last Update: Oct 25, 2016 9:14 am
RELATED TOPICS