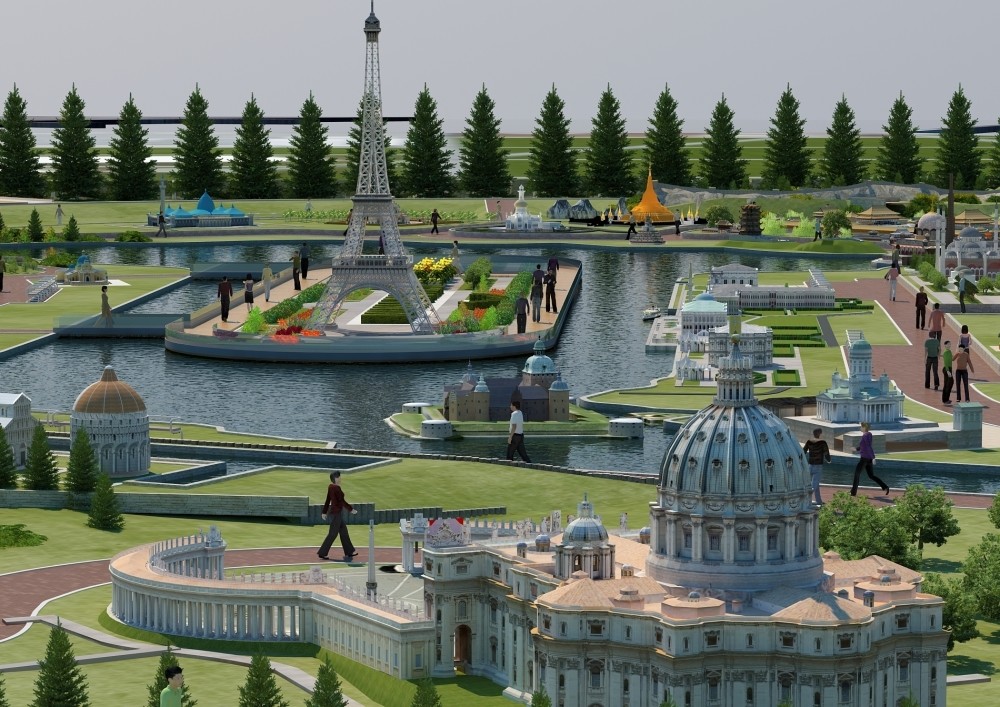 by Daily Sabah Oct 26, 2016 12:00 am
Preparations have started to design "Miniaworld Istanbul," a large miniature park that will showcase miniatures of world-known monuments. Planned to be set up in Yenikapı and extend along an area of 70 hectares, Miniaworld Istanbul will introduce 120 architectural masterpieces from 100 countries around the globe, according to Turkish Sabah daily.

Ranging from the White House, the Statue of Liberty and the Eiffel Tower, to Taj Mahal and St. Basil's Cathedral, the miniature park will be established by the Istanbul Metropolitan Municipality's cultural enterprise Kültür A.Ş. Istanbul's new miniature park will not only serve as a museum, but will house recreational areas like an amphitheater, restaurants, children's park and a cafe.

Miniaworld Istanbul will be similar to Miniatürk, a miniature park on the shore of the Golden Horn housing miniature models of architectural monuments built during the Ottoman and Republican era.
RELATED TOPICS