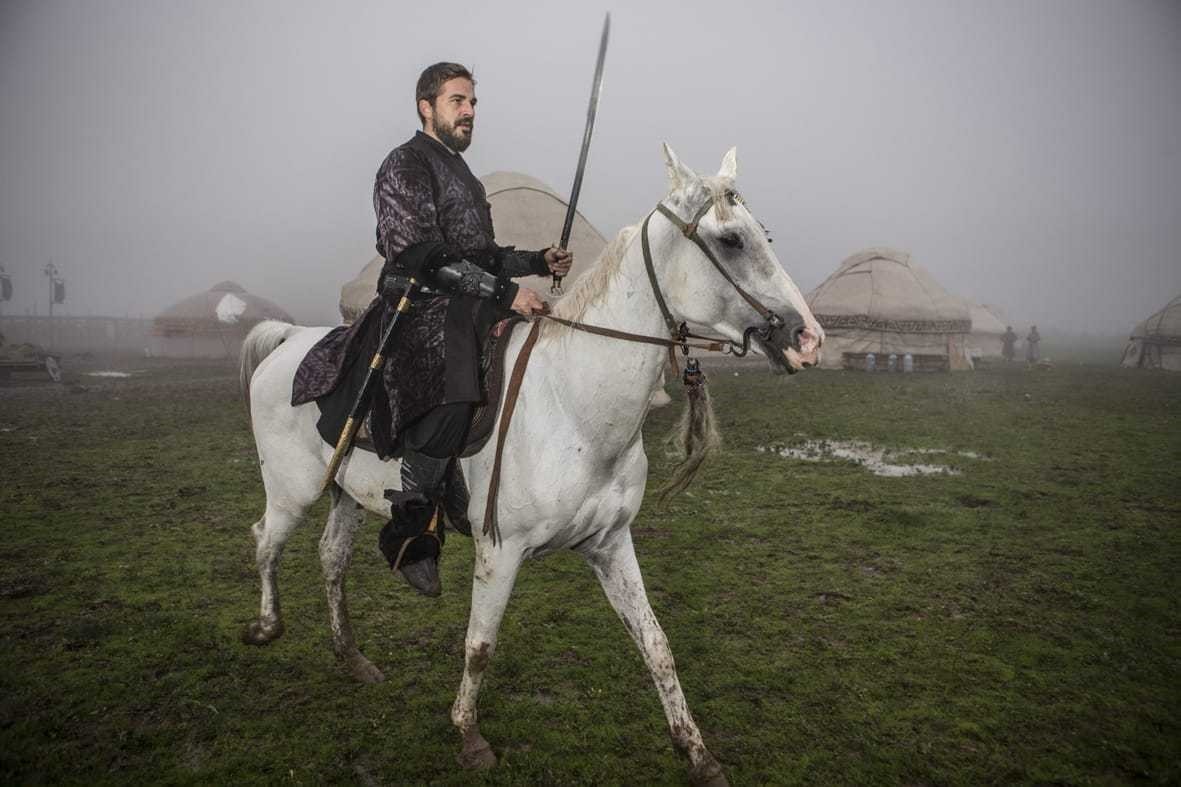 by Ihlas News Agency
Nov 01, 2016 12:00 am
Replicas of the swords used in the TV show "Diriliş Ertuğrul"(Resurrection Ertuğrul), one of the most watched television series in Turkey, are being made and sold for up to TL 200,000.

The replicas of the swords and axes featured in "Diriliş Ertuğrul" are made in three days in Turkey's historic Bursa province. There is huge demand for the replica of the sword used by the lead character in the series, Ertuğrul, the father of Osman I, the leader of the Ottoman Turks and the founder and namesake of the dynasty that established and ruled the Ottoman Empire.

Blade makers in Bursa are having a hard time to meet the demand for the replicas of the swords in the series. It is reported that there is a huge demand for them from Turkey as well as Arab countries.

Aziz Şen, the owner of Şen Blades, said he sells Ertuğrul swords for prices between TL 400,000 and 200,000. "The old blade mastership is being appreciated again. The swords that we produced are experiencing high demand after the show debuted on TV. All the swords have been called 'Diriliş' since the television series started. Our customers ask for 'Diriliş' swords. They also ask us to put the seal of the Kayı tribe and the name of the person to whom they will gift the sword. Handmade swords were not in such demand but thanks to the series, the demand for handcrafted blades has increased. A sword is made in up to four days and it weighs one to three kilograms. We receive orders from abroad as well as various provinces around Turkey," Şen stated.