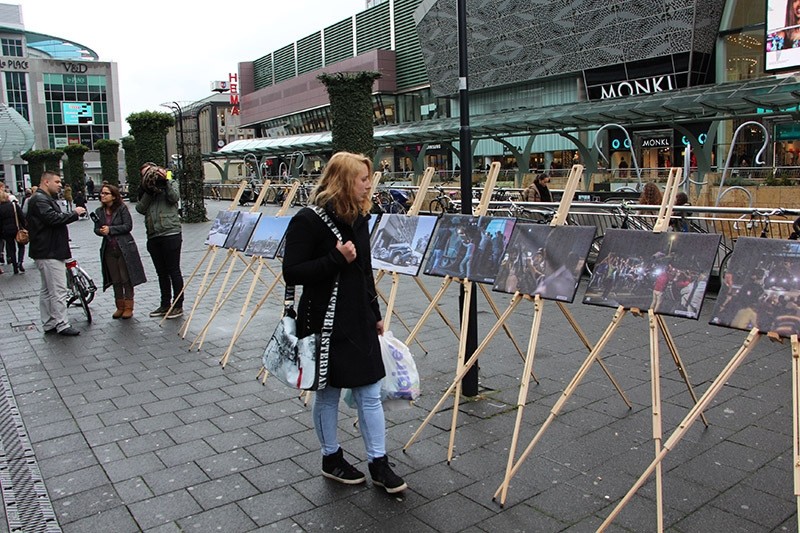 Photographic exhibition on the July 15 coup attempt hosted in Rotterdam, the Netherlands. (AA Photo)
by Daily Sabah Nov 04, 2016 12:00 am

The Union of European Turkish Democrats (UETD) is holding a photographic exhibition in the Netherlands to inform and raise awareness of the public about the July 15 failed coup attempt organized in Turkey by the Gülenist terror cult (FETÖ).

The exhibition is organized in central Rotterdam, in front of the Beurs-World Trade Center, where 40 Anadolu Agency pictures are displayed. The exhibition will be held until Nov. 4, 2016, reports said.

The vice president of UETD, Hasan Tekten, said that the exhibition aims to inform the Dutch public with regards to the realities of the July 15 failed coup attempt, adding that the Dutch media cannot always portray right pictures to the public about the event, and fails to provide correct information.

FETÖ is designated as a threat to national security and terrorist cult, and is accused of a long sheet of crimes, the latest being the July 15 coup attempt. The group faces heightened scrutiny after being accused of attempting to topple the democratically elected government in July 15 coup attempt, in which 246 people were killed and 2,200 were injured.