Entrepreneurs pitch in with Syrian refugees in Turkey 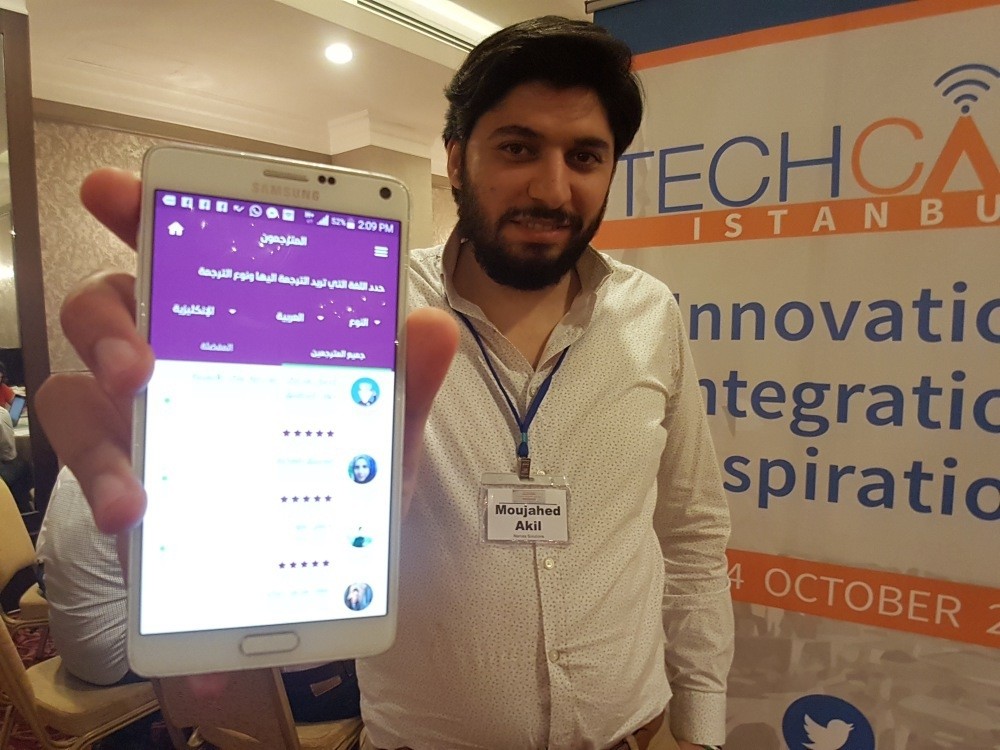 While Turkey opened its doors to 2.7 million registered Syrian refugees, entrepreneurs help them learn Turkish and inform them about immigration laws via mobile apps

There are 2.7 million Syrian refugees in Turkey according to the Ministry of Internal Affairs. Turkey opens its arms to more refugees than the European Union and the U.S. combined. A vast majority of the refugees carry a smart phone or a regular mobile phone. Hence, mobile technologies are frequently used in social projects concerning Syrian refugees taking shelter in Turkey. On top of that, some of the successful mobile applications are developed by Syrian entrepreneurs and software experts. Moujahed Akil who has been living in Turkey for more than four years began his career in informatics in Gaziantep and has been working as an entrepreneur for the last three years. Akil who employs 20 people with his partner says that he wants to continue to live in Turkey even if the war in his homelands ends one day.

Apps for refugees in government agencies

Around 2.7 million refugees have no idea about the regulations in state hospitals and other official state offices. Even though the Ministry of Internal Affairs' official page offers contents in Arabic in the parts that concern refugees, mobile apps make life easier for refugees living in Turkey. The app "Bizim Gurbet," which is developed by Moujahed Akil's software company, enables Syrian refugees to understand the regulations in government agencies in Arabic. The Arabic content about social rights, education and health fills the important void. The application is kept up to date about the new regulations that the users have to know.

Likewise, the "Live Translator" app does not only solve problems for refugees, but also for Arab tourists and businessmen visiting Turkey. Both refugees and the businessmen are able to access Turkish and English translation services live via the app. The user is also able to select a translator from a list. For instance, the user gets a 30-minute translation service for a card purchased for $15. Furthermore, the users are able to purchase tickets for $30, $50 and $100 and use them as talking minutes on their mobile phones. 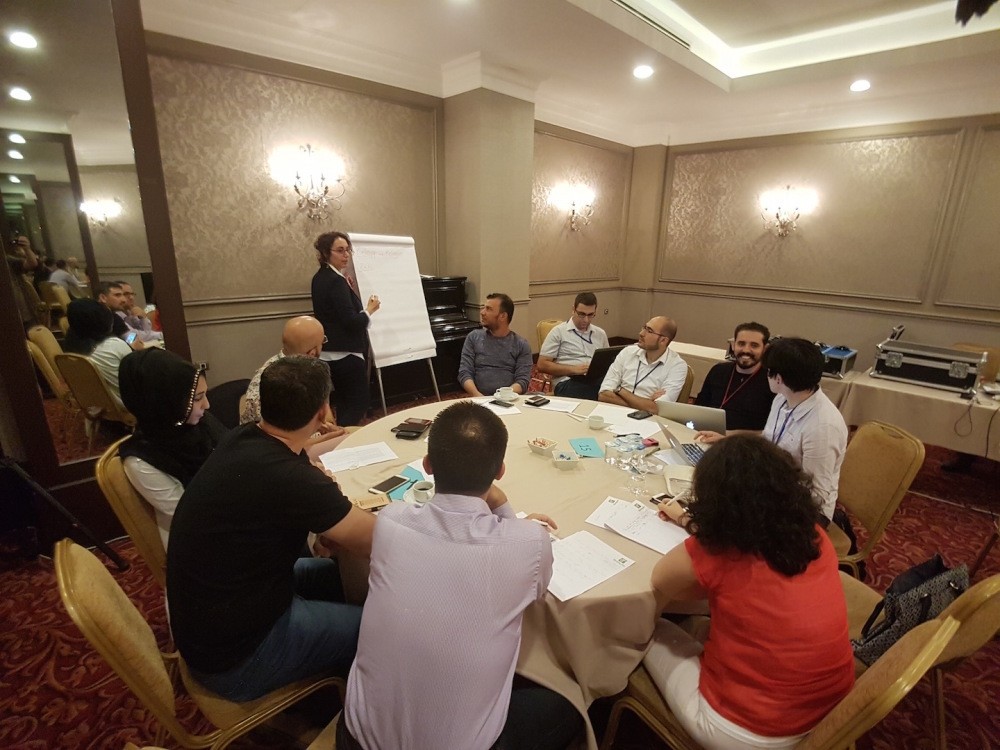 European and Turkish social entrepreneurs attended to the Tech Camp, which is organized with the support of the U.S. Embassy and International Medical Corps in Istanbul. Over 80 social service providers and tech experts from Turkey, Greece, Jordan, Italy, Malta and the U.S. offered trainings to NGOs who undertake social responsibility projects for Syrian refugees about technological tools and skills. Moreover, Jonathan Henick, the Principal Deputy Coordinator for International Information Programs, U.S. Department of State, held a roundtable meeting with media representatives and answered our questions. Stating that the organization aims to teach certain skills to Syrian refugees in order to help them adapt to the countries that they are seeking refuge, Henick said: "Turkey is a country which has a tradition for entrepreneurship and it is very successful. However, small entrepreneurs have no chance in some situations. They are in need of more support." He said they show great effort to create employment and entrepreneurship training for Syrian refugees and offered insights to the trainings given in the Tech Camp. "We aimed to present projects that are linked to this camp. We will offer free access to Coursera's more than 1,400 online courses and a speed-funding event, which will bring entrepreneurs and investors together. We need to get the support of NGOs and entrepreneurs for the refugee problem, which Turkey has taken an incredible responsibility," he concluded.

Lately, there is a smart watch on everybody's wrists. Just like people who think they are professional photographers just by posting photos on Instagram, people who have a smart watch might believe that they are fit.

In fact, the device does not do any magic. You can lose weight, not because you are wearing a smart watch, but because you are burning more calories than you have consumed every day. If you cannot burn more than you have, these calories accumulate in several parts of the body as fat. If your habits determine what you eat, accumulating fat becomes inevitable.

Countries that govern money not with knowledge, but by habits, are fighting against either obesity or hunger. In fact, the concept of obesity is based on not being able to track the entries. Those who cannot control what they eat are governed by their habits. When they do not make a habit of going to the gym in order to lose the weight they gain, the obesity becomes inevitable. While the consumer society makes its members ill, it also promoted certain products as if the only way out is in itself.

Smart phones and other devices, which feature a touchscreen, do not have any value if they do not contain notes and other information. In other words, technology has no use if you have nothing to look up. We have to control the valuable things we have, not with technology, but with the knowledge we have. "Obese economy" is driven not with information, but with habits. Technology investments made with cliché knowledge are reminiscent of the eating habits of an obese person. In a country that focuses on consumption, technology investments are made just to make society "obese."

Smart phones, tablets and computers are only as smart as the data the users enter, as well as the applications and services that they use on their devices. In short, the devices are as smart as their users. Those who have no idea about the talents of their smart devices in offices or automobiles resemble the obese people who have extra kilos on their bodies. Personal finance applications help you to have an idea about the financial situation of your company or household with the data you enter.