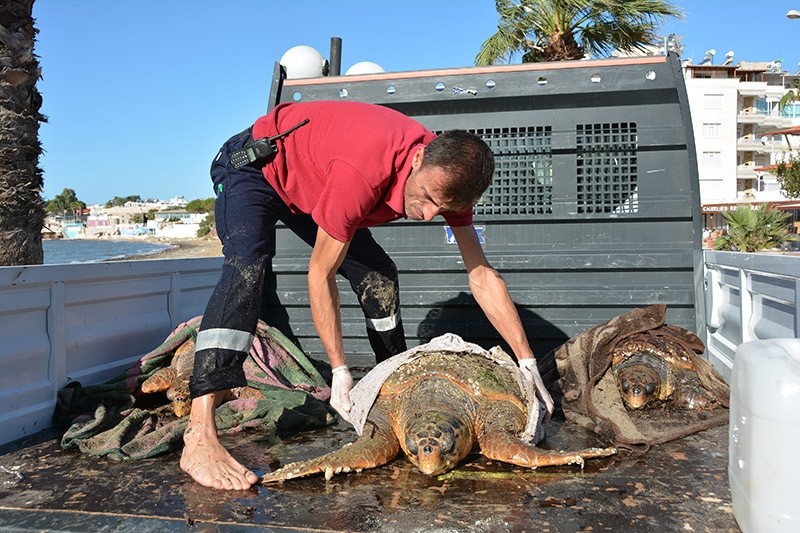 Three loggerhead sea turtles, also known as caretta carettas, have been rescued off the coast of Didim district in western Aydın province.

The turtles were most probably washed up on shore due to bad weather. Locals found them scattered on the beach and carried sea water in order to keep the animals wet.

Authorities from the Didim Animal Shelter were immediately informed. The three turtles were later carried to a pick-up and covered with wet towels in order to be brought to the Sea Turtles Research, Rescue and Rehabilitation Center (DEKAMER), located in southwestern Muğla province, for medical treatment.

Caretta carettas are an endangered species with vulnerable status. Beaches in Turkey, most famously İztuzu Beach, are popular breeding grounds for loggerheads, but these areas are also under heavy pressure from tourism activities.

Nevertheless, due to efforts by scientists, activists and increased public awareness as a result of campaigns, many breeding grounds for loggerheads have now been closed to tourists during their breeding season, and sunbeds have been prohibited in order to protect their natural habitats, egg nests and reproduction cycles.