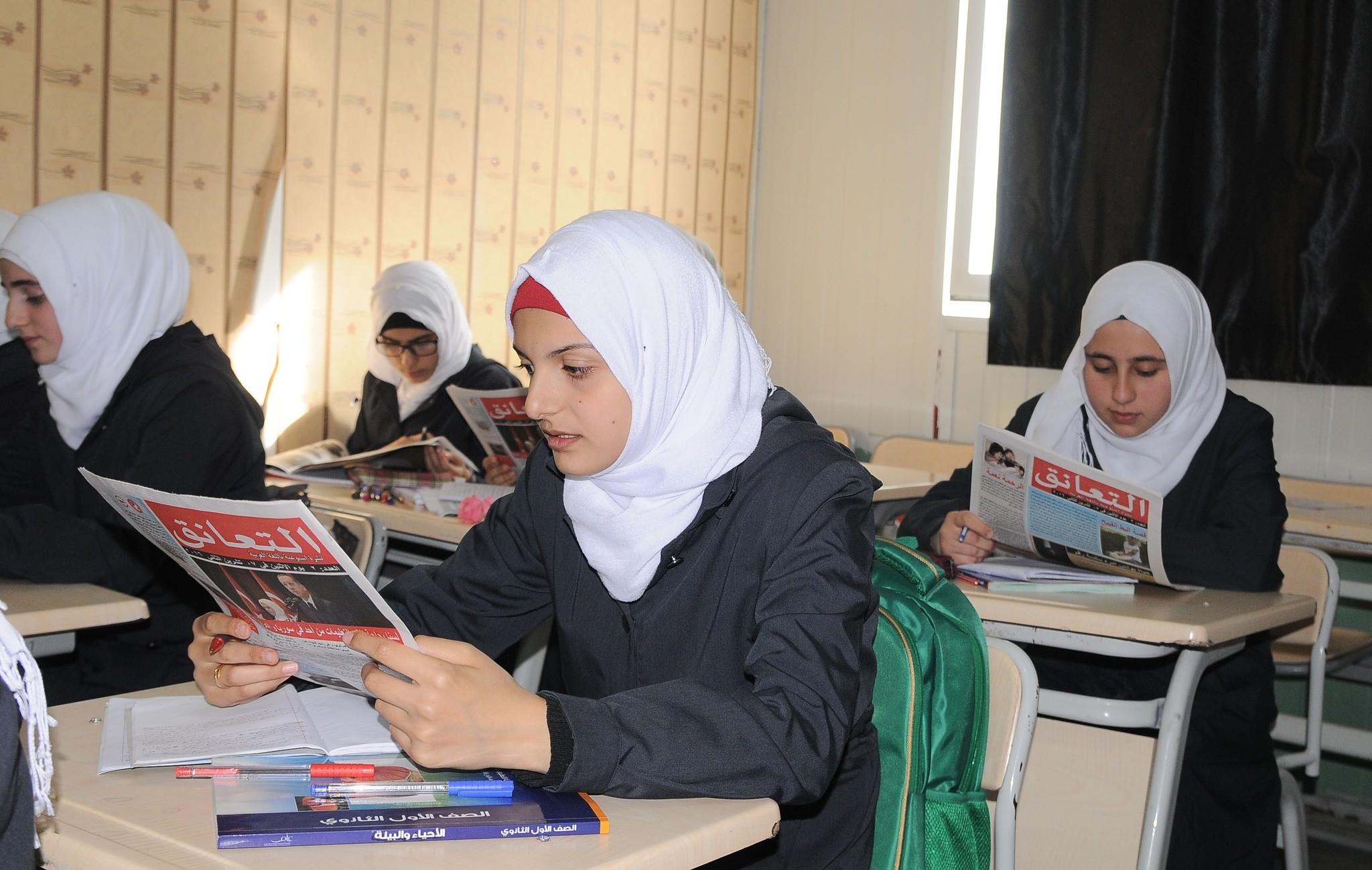 by Daily Sabah with AA Nov 15, 2016 12:00 am
Just across the Syrian border in Turkey's southern province of Hatay, thousands of Syrian students are reaping the benefits of vital information in an Arabic newspaper published through the coordination of the Hatay Governorate.

With 10,000 newspapers in circulation each week, the eight-page newspaper is distributed to schools in Hatay and surrounding towns including Reyhanlı, Yayladağı, Altınözü and Kırıkhan, which are all home to Syrian residents. The newspaper's name means "kucaklaşma" in Turkish ("embrace" in English), a symbolic reference to the brotherhood between Syria and Turkey.

The newspaper features articles on subjects ranging from health and education to housing, food and culture. The newspaper also includes information about developing news in Turkey, Syria and around the world. Refugee-related updates from nongovernmental organizations (NGOs) like the Turkish Red Crescent and the Provincial Migration Management Directorate are also provided in the publication.

The principal of Hatay's Dünya Şehit Çocukları School Emine Kösespoke about how the newspaper is benefitting the 650 students enrolled at the school, which has 11 classrooms: "We find news about what is happening in Syria as well as what is happening here [in Turkey]. [This resource] is an example of how much emphasis Turkey places on its refugees. There are many Syrian refugees around the world, yet Turkey has shown the most significant amount of help," Köse said, expressing her gratitude towards the governorate.

A Syrian student, Şeyma Kasifak, said she likes to bring the newspaper home so that her family members can also read it. Diyap Halluf, another student, also said that reading in his native language allows him to feel a sense of belonging despite not living in his homeland anymore, stressing that Syrian students want to have access to daily news publications in their native language.

The Syrian conflict has left more than 7 million people internally displaced and forced over 4 million to flee Syria. Turkey, which hosts more refugees than any other country in the world, has contributed nearly $9 billion since the conflict began, providing humanitarian aid by working with organizations to meet the needs of women and children directly affected by the Syrian crisis and provide shelter, food, rehabilitation and other resources to refugees.
RELATED TOPICS