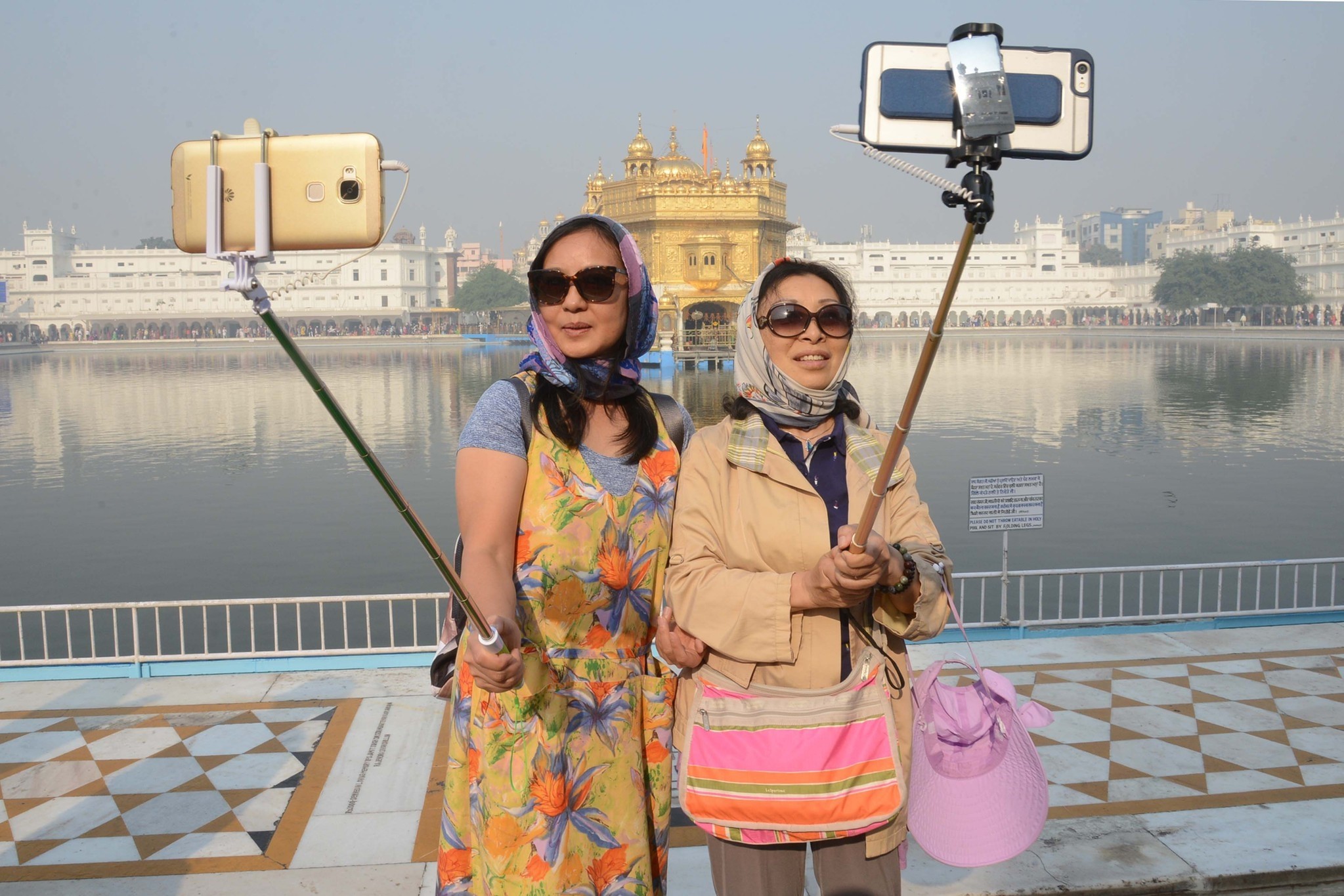 Next time you're at the Taj Mahal, find yourself standing on a precarious cliff or see an approaching train, maybe just enjoy the moment rather than trying to capture the perfect selfie.

These are just three of the ways that 76 selfie-takers in India have lost their lives, according to a study published by US-based Carnegie Mellon University and Indraprastha Institute of Information Technology Delhi.

In the quest for the coolest selfie, more people have died in India in the past two years than the total number of selfie-related deaths in the rest of the world, according to the study titled "Me, Myself and My Killfie: Characterizing and Preventing Selfie Deaths".

"(The) clicking dangerous selfies (has proved) to be so disastrous that during the year 2015 alone, there have been more deaths caused due to selfies than shark attacks all over the world," the researchers said in a blog post.

Three students in northern India died trying to take a daring selfie in front of an oncoming train, according to the study published last week.

Another student lost his life when the cliff he was standing on for a photo cracked, sending him plunging 18 metres (60 feet) into a ravine.

A selfie-taking Japanese tourist died after he slipped down the stairs at the Taj Mahal while seven people posing for a group selfie died when the boat they were in capsized.

Pakistan took second place in the global killer-selfie rankings with nine deaths, followed by the United States with eight and Russia on six.

According to the study, China with its population of 1.37 billion only had four selfie-related deaths.

The group behind the study hopes their work will raise awareness of the killer trend -- and maybe encourage people to just appreciate the view.