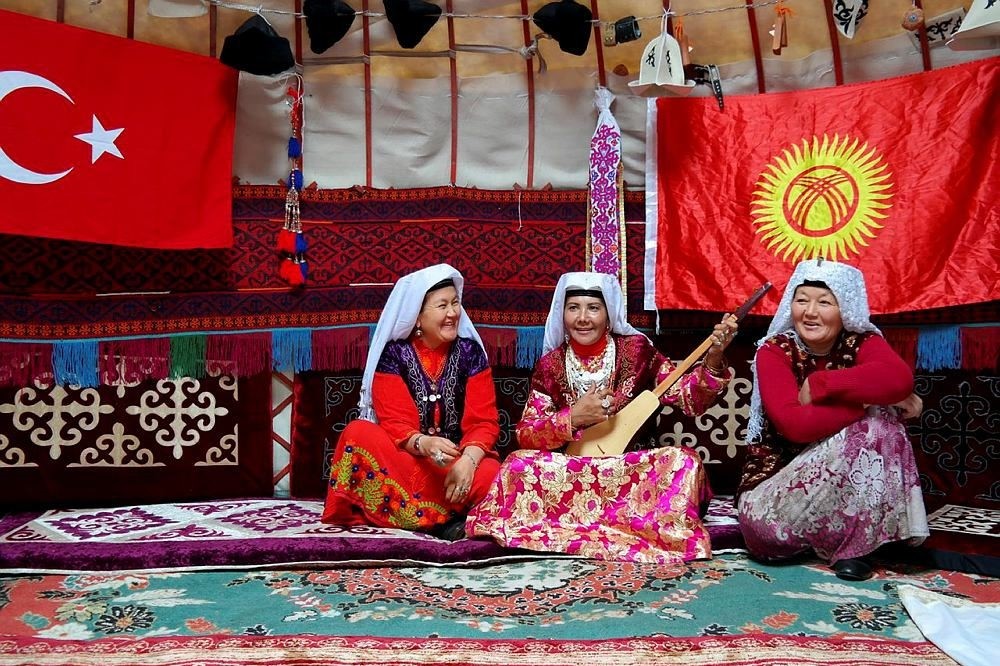 Having a semi-nomadic lifestyle and preserving cultural heritage, the Kyrgyz people still live in their tents adorned with their traditional weapons, like swords and bows and arrows. Their traditions draw interest from near-by areas as well as tourists visiting the region. Kenan Aytaç, a Kyrgyz resident in the village, said the villagers also design traditional accessories for Diriliş Ertuğrul. Most of the village decorations have been provided from the Ulupamir village. He said. "It is crucial to remember our ancestors and learn our history as much as possible to unite as a society. We need to own our values."

"The lives of nomadic Turkic people appear in TV productions; it is great to see them on TV," said Zeynep Güçlü, another village resident in Ulupamir.

The locals migrated to the Ulupamir village, 30 kilometers from the Erciş town, from Afghanistan's Pamir Mountains in the 1980s due to deteriorating environmental conditions and epidemic disease.

Each year, they organize a culture festival that features very colorful events such as traditional games like Gökbörü, folk dances, handicraft exhibitions, horse races and presentations of local dishes. The festival, organized by the Culture and Solidarity Association of Kyrgyz Turks, usually takes place in June and lasts for one day. The festival has been organized for more than 10 years with the aim of publicizing the culture and identity of the Kyrgyz people.

The TV series Diriliş Ertuğrul is centered on the life of Ertuğrul, the father of Osman I, who was the founder of the Ottoman Empire. Ertuğrul was the leader of the Kayı clan of the Oghuz Turks. When he arrived in Anatolia from Merv (Turkmenistan) with his horsemen to aid the Seljuks of Rum against the Byzantines, he set off a chain of events that would ultimately lead to the founding of the Ottoman Empire. The series gives a glimpse of what the Ottoman Empire was like when it was first founded.
RELATED TOPICS