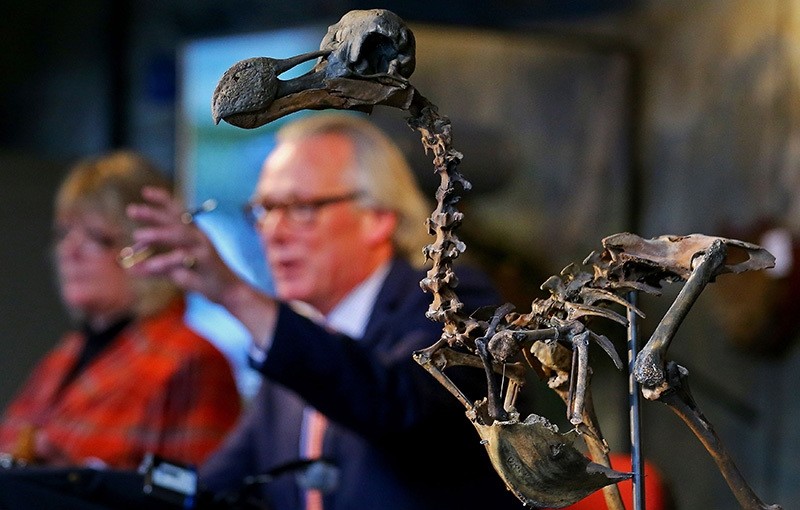 Summers Place Auctions has sold a composite dodo skeleton to a private collector for 336,100 pounds ($416,300), including buyer's premium.

The unique specimen of a creature once found on the island of Mauritius in the Indian Ocean was created by a dodo enthusiast who collected the bird's bones for 40 years until he realized he had enough bones to create an almost complete skeleton.

Hunted into extinction, the Dodo has come to epitomize the cruel impact that man can have on an ecosystem. The bird's name recognition was enhanced by Lewis Carroll, who included a dodo in "Alice's Adventures in Wonderland."