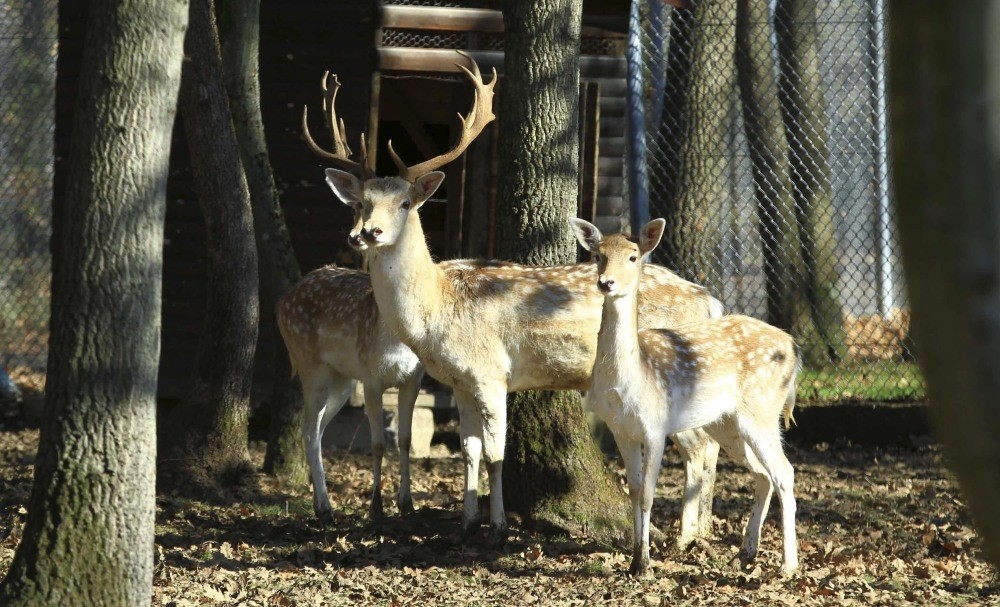 by Anadolu Agency Dec 02, 2016 12:00 am
The General Directorate of Nature Conservation and National Parks (DKMP) has released 1,338 wild mammals into their natural habitat.

Speaking to an Anadolu Agency (AA) correspondent, DKMP Director Nurettin Taş assured the public that the directorate works hard to protect wild animals as well as their natural habitat. Stressing the fact that wildlife has to be supported in order for a sustainable future for nature, Taş said: "We are trying to protect species which have survived for thousands of years and are on the verge of extinction. We aim to breed them and protect their continuity for future generations."

Taş said many plant and animal species have gone extinct throughout the years both in Turkey and around the world. According to him, the DKMP is supporting wildlife by breeding wild mammals and releasing them into their natural habitats. Taş also said wildlife is one of the most delicate and important parts of Turkey's natural resources.

There are four breeding stations for red deer, three stations each for Anatolian wild sheep and gazelle and one station for fallow deer in Turkey. Thanks to the DKMP's initiatives the number of red deer, wild sheep and gazelle increased from 181 to 1,338 this year. With new additions to the wildlife ecosystem, officials claim that the wildlife in Turkey has been revived.

Although wild mammals are released into the wild, the directorate continues to monitor the animals. The wild mammals are monitored with photo-traps and observed as to whether they adjust to life in the wild or not. Taş said a number of red deer that were released into the wild in 2013 were monitored by scientists and it turned out that they adjusted to their new habitat perfectly. "Seeing positive results encourages us to do more for the wildlife," Taş added.
RELATED TOPICS