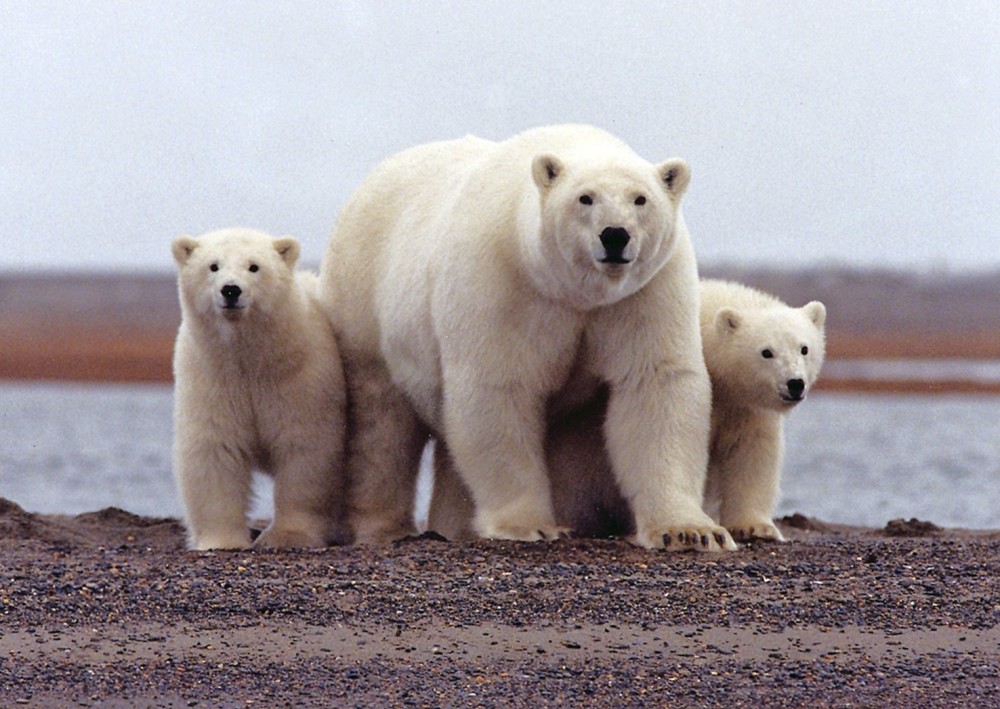 by Dec 08, 2016 12:00 am
Polar bear numbers could drop a third by mid-century, according to the first systematic assessment, released Wednesday, of how dwindling Arctic sea ice affects the world's largest bear.

There is a 70 percent chance that the global polar bear population - estimated at 26,000 -will decline by more than 30 percent over the next 35 years, a period corresponding to three generations, the study found.

Other assessments have reached similar conclusions, notably a recent review by the International Union for the Conservation of Nature (IUCN), which tracks endangered species on its Red List.

The IUCN classified the sea-faring polar bear - also known as Ursus maritimus - as "vulnerable," or at high risk of extinction in the wild.

But the new study, published in the Royal Society's Biology Letters, is the most comprehensive to date, combining 35 years of satellite data on Arctic sea ice with all known shifts in 19 distinct polar bears groupings scattered across four ecological zones in the Arctic.

"Polar bears depend on sea ice for most aspects of their life history," the study notes.

Most importantly, they use it as a floating platform to hunt seals, which can outswim them in open water.

Researchers led by Eric Regehr of the US Fish and Wildlife Service in Anchorage, Alaska projected three population scenarios out to mid-century, and all of them were bad news for the snow-white carnivores.

The first assumed a proportional decline in sea ice and polar bears.

Despite year-to-year fluctuations, long-term trends are unmistakable: the ten lowest Arctic ice extents over the satellite record have all occurred since 2007.

This week, the US National Snow and Ice Data Center reported that sea ice extent in October and November was the lowest ever registered for both months.

The culprit is global warming, which has raised the region's surface temperatures by more than two degrees Celsius (3.6 degrees Fahrenheit) compared to the pre-industrial era level, twice the global average.

On current trends, The Arctic could see its first ice-free summers sometime in the 2030s, according to climate scientists.

In the second and third scenarios, the same sea ice projections were matched with available data about changes in specific polar bear populations spanning at least a decade, in small areas in one case, and across the four larger "eco-zones" in the second.

Averaging all three scenarios, the probability that polar bear numbers would drop by a third in 35 to 41 years is more than 70 percent, the study concluded.

Unfortunately, polar bears face other threats besides a habitat radically altered by the release of heat-trapping greenhouse gases.

In the 1980s and 1990s, females and pups were found to have accumulated high levels of toxic PCPs in their tissue and organs.

The manmade chemicals - used for decades and banned in many countries in the late 1970s -- worked their way up through the food chain, becoming more concentrated along the way.

But a new study, published last week in the Royal Society's Proceedings B, suggested that declines in some polar bear populations stemmed from contaminated males rendered sterile by the chemicals.

"PCB concentrations in the Arctic have leveled off," said lead author Viola Pavlova, a scientist at the Institute of Hydrobiology in the Czech Republic.

"Unfortunately, many other manmade chemicals that are also endocrine disruptors occur in the Arctic and could act similarly," she told AFP.
RELATED TOPICS