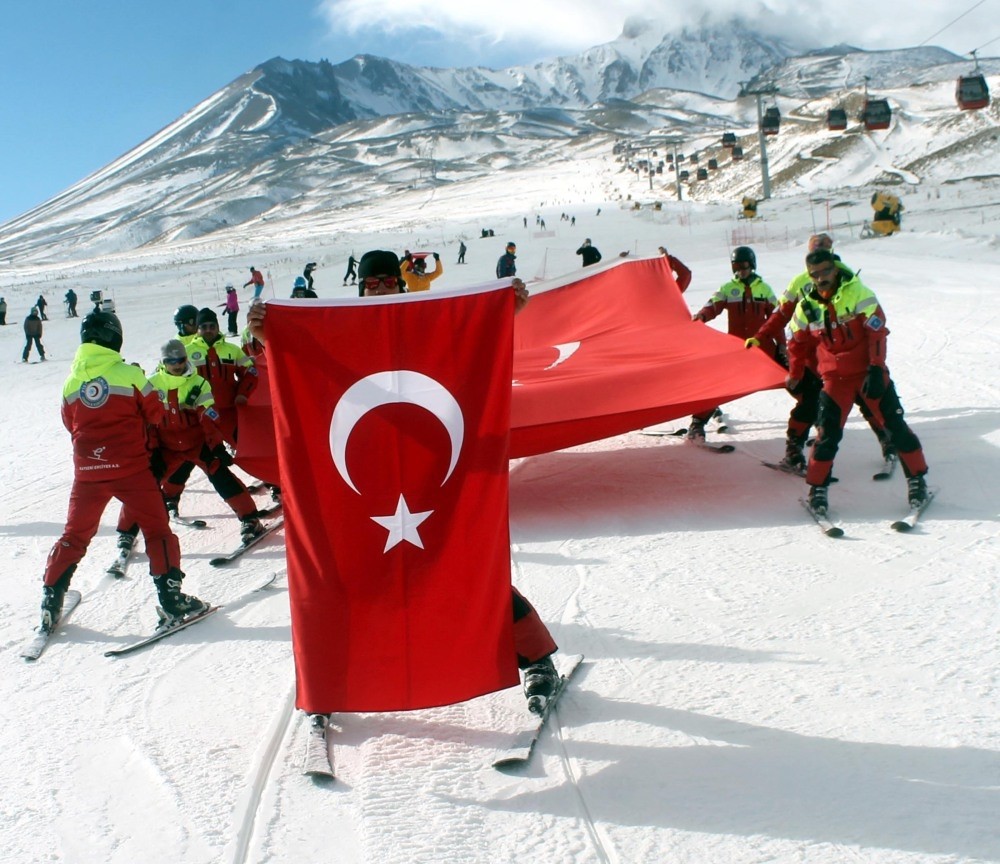 by Daily Sabah Dec 13, 2016 12:00 am
A group of skiers on Mount Erciyes, located in the central province of Kayseri, paid tribute to the victims of the deadly-terror attack that occurred on Saturday night in Istanbul, showing Turkey's solidarity against terrorism, yesterday. Eight skiers opened a large Turkish flag after climbing up the ski track to an altitude of 2,700 meters (8,858 feet). They proceeded to carry the flag through the Tekir Highland, while chanting the Turkish national anthem with the rest of the team, following a minute of silence.

The team from Erciyes A.Ş. also commemorated the attack's three victims from Kayseri, who died during the twin attacks that killed 44 people and injured 155 Saturday night in Istanbul's Beşiktaş district. Joining the commemoration, Murat Cahit Cıngı, the general manager of Erciyes A.Ş., said three police officers from Kayseri lost their lives during the attacks. "We wanted to show our respect to all the victims and offer condolences to their families," he added.

Two bombs exploded in the terrorist attack in central Istanbul, one close to Maçka Park. One of the explosions was caused by a suicide bomber and the other was a vehicle loaded with explosives. On Sunday, the terror attacks were claimed by the Freedom Falcons (TAK), a militant group affiliated with the PKK. The attacks left hundreds wounded, more than 10 of which are currently in intensive care.
Last Update: Dec 13, 2016 2:11 am
RELATED TOPICS