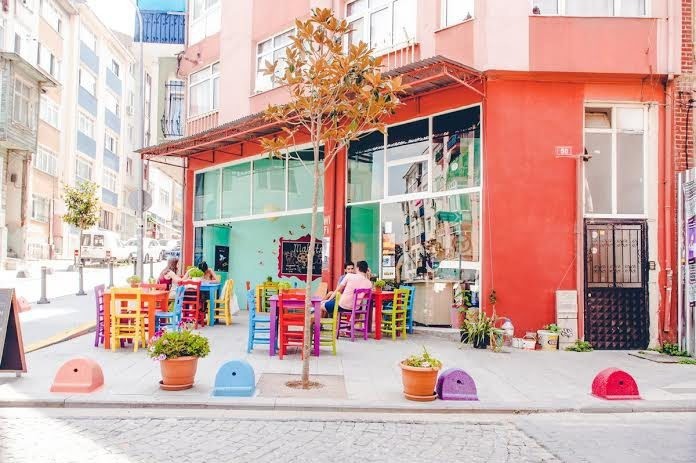 Taking its name from windmills set up in the 18th century, the Yeldeğirmeni neighborhood in Istanbul's Kadıköy district is a revived place, and a new hub for expats with collective culture spaces, workshops run by foreigners and trendy cafes

Istanbul's Asian side has a relatively bad rap for most expats living on the European side – with some saying it can be hard to get there or you can't find anything but Turkish pide or beans ("kuru fasulye" in Turkish) on the popular online food delivery website Yemeksepeti.

I have met plenty of people who have not even set foot there, and if at all, it's in Kadıköy's Moda - it's got the Moda Çay Bahçesi with its fabulous view of Sultanahmet across the water, and it's got the beautiful Sahil Park. 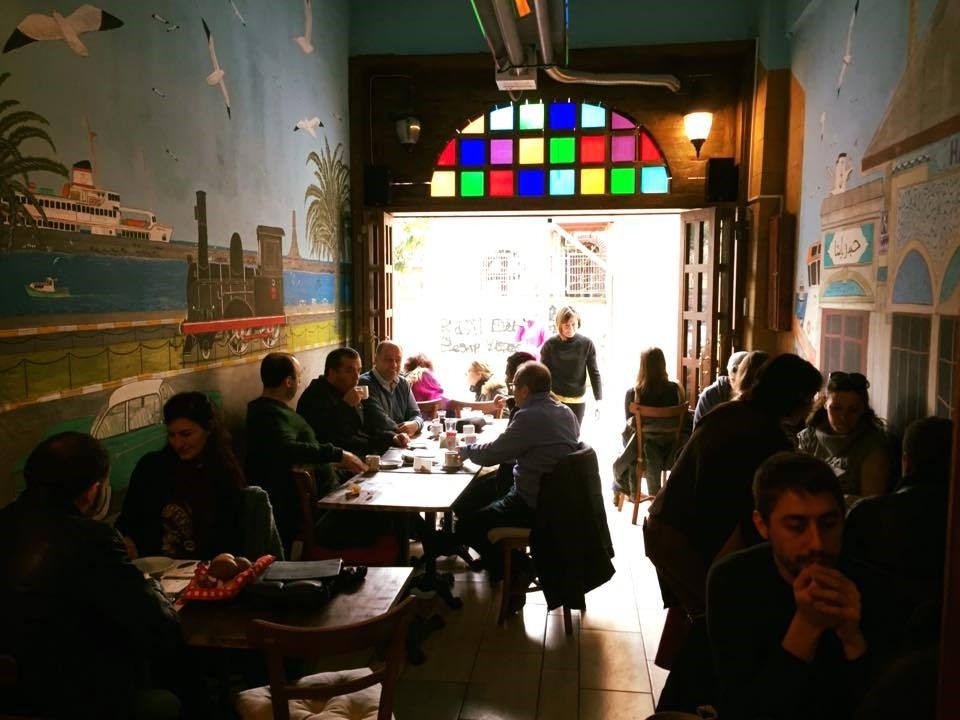 But I'm here to make a case for an oft-forgotten and little-tread neighborhood: Yeldeğirmeni. I have had the privilege, purely by accident, of finding myself wedged into its narrow nooks for the past three years. Few other places feel as neighborly. It's a diverse mix of rich and poor, young and old, hip and totally uncool, religious and secular. And everyone's nice to each other! What a concept.

Yeldeğirmeni, which I think means "windmills," about a hundred years ago was a grassy knoll with a few windmills where shepherds would hang out with their flock, and maybe 70 years after that, was well-known as a red-light district and retirement home (Which, I know, sounds like a strange combination). 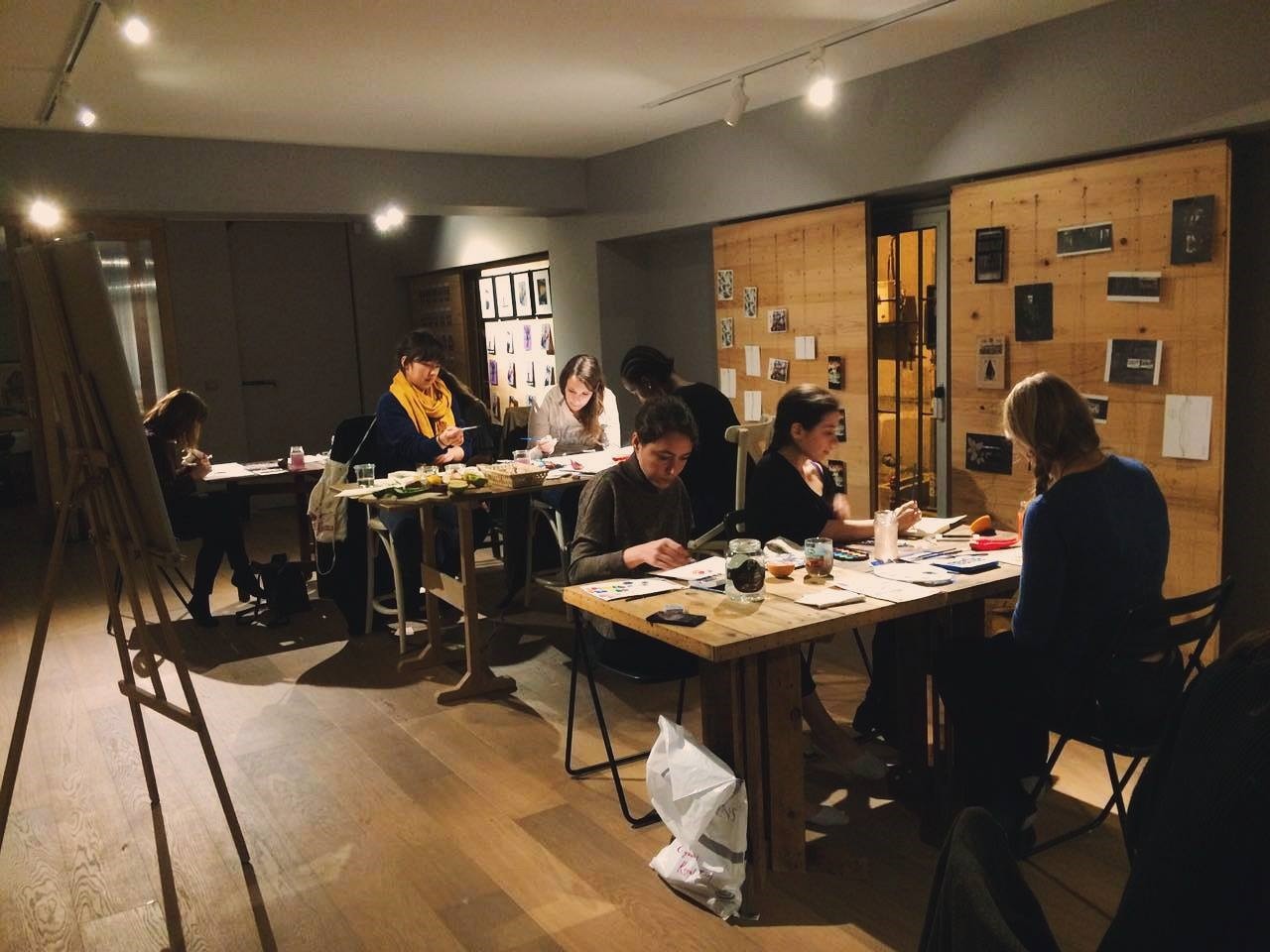 About five years ago, the Kadıköy Municipality started to beautify the district - they opened a design studio, Tasarım Atölye Kadıköy, to come up with new ways to catch visitors' eyes, and hosted an annual street art festival. As a result, a bunch of artists and entrepreneurs have moved in and opened cafes and art studios of their own. During the three years I've been there, Karakolhane Caddesi, the artery of Yeldeğirmeni, went from a local market street to a bustling hubbub of students, elderly locals, and foreigners drifting from table to table at the cluster of hipster restaurants.

You are all lucky enough to get an unvarnished glimpse of my preferences and choices among the chaos of cafes. On your next free weekend, hop on a ferry and escape the routine hipster drudgery of Karaköy and Cihangir to experience the fresh new hipster drudgery of Yeldeğirmeni. 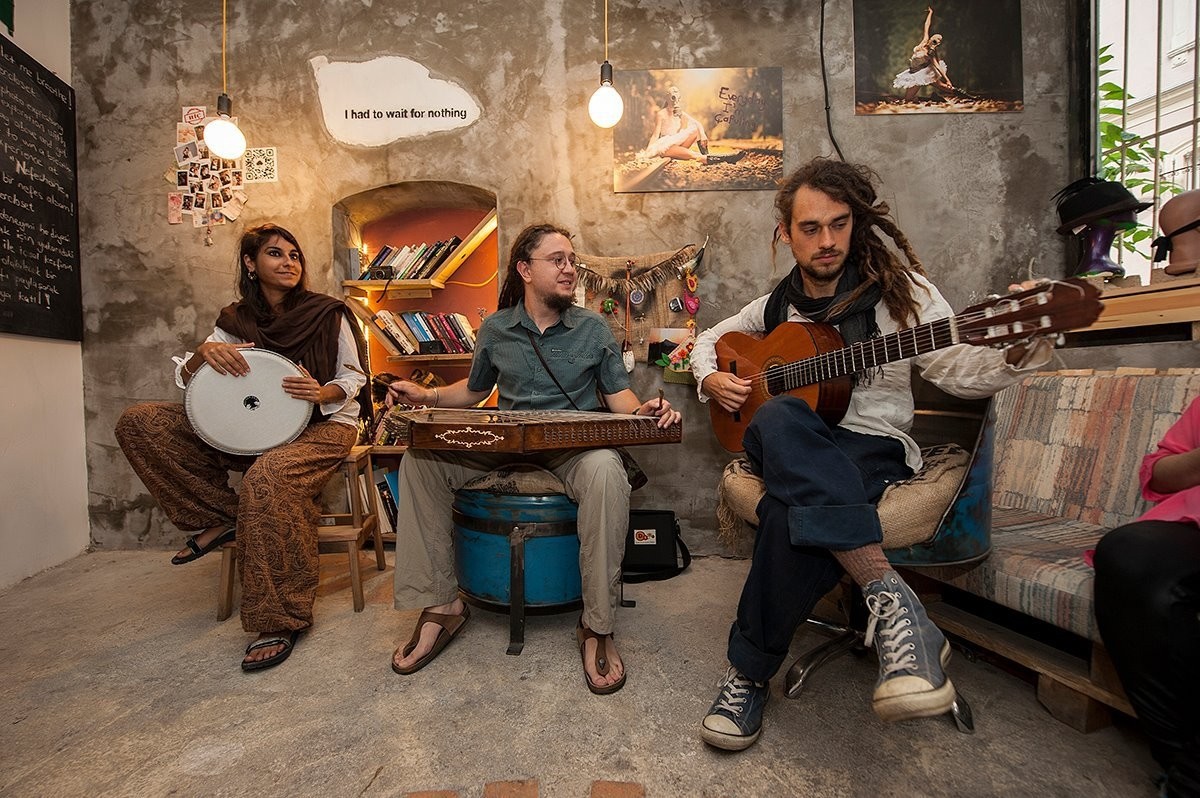 The two best places for coffee by far are Mu and Kamerad. Cafe Mu's proprietor, a smiling bearded named Osman, offers a variety of handmade cakes, croissants, and glorious espresso drinks. Kamerad imports and roasts their own beans to make brews with actual flavor. It is of course wildly expensive for even a 300 gram bag of the bitter brown dust, but it is worth it. Drip coffee with different flavor notes!

Ayşegül Kıratlı owns and operates the itty-bitty Yeldeğirmeni Sandviççisi. Inside the closet-sized shop you will find wall art of her own design and the best sandwiches in Istanbul. She makes a bunch of sauces - mayonnaise, eggplant beğendi, acuka, pea pesto or spicy sauce, sundried tomato. She then puts on a host of build-your-own ingredients, like cheese and olives and ratatouille. Whoever heard of a ratatouille sandwich!? Genius. Or, of course, you can leave it to her to craft you whatever pops into her head - and usually, you should, as her taste is better than yours. And she offers filter coffee to go for TL 3 ($1) a cup. Hard to beat. 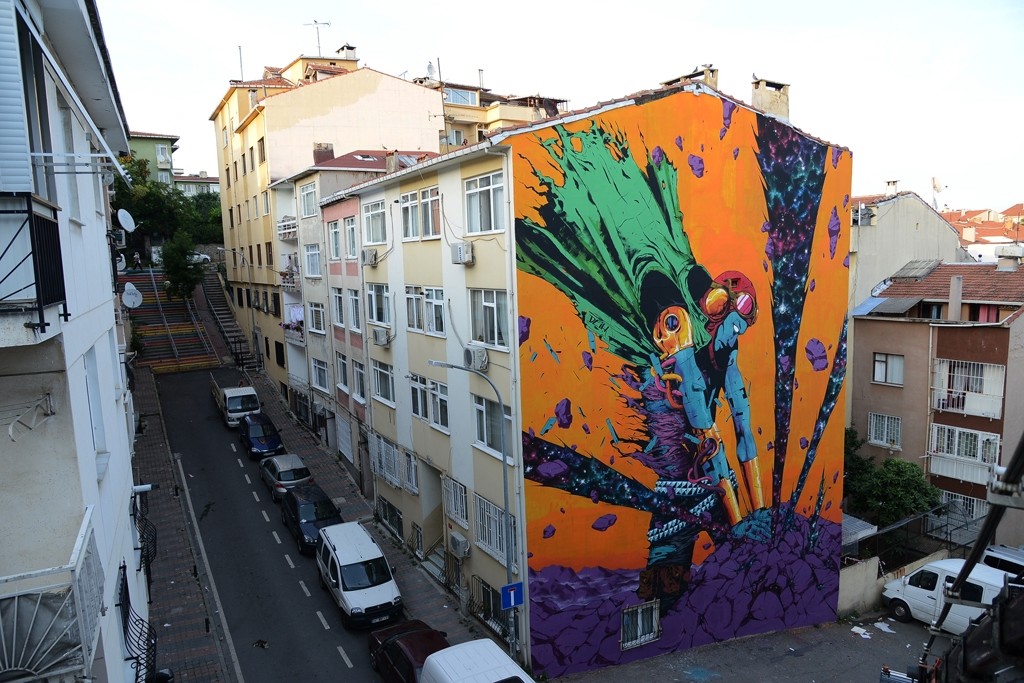 Down the street a little further you can find Gar'da and TaaVan, both great breakfast spots. Gar'da is decorated like the old Haydarpaşa train station (fitting, as Gar'da means "at the train station"). The tiny doors to the street belie a vast interior with soaring wood ceilings, a mural of the sea, and mock-stained-glass windows. They rotate the variety of fresh cheeses and olives every week depending on whatever's tastiest that week, so the breakfast is always on point. Their fanciful iced coffees and ice cream espressos are always good for an afternoon break. TaaVan makes Van breakfast platters and perhaps the best menemen in town - I know those who go to breakfast at that little street in Beşiktaş might disagree with me, but really, it's a delicious eggy spicy melange. You could also try the roast golden mulberries, the berries used as a medium to carry butter and sugar into your mouth. My go-to staple for a quick snack is Elifçe Ev Yemekleri. They make fluffy "poğaça" (a kind of pastry) made of white cheese every morning, and a smorgasbord of traditional Turkish home cooking in the afternoons. And it is cheap!

Circuit, formerly known as Closet Circuit, operates their art and event space in the neighborhood. Jessica Simms and Paul Brownlee, two expats who've found their niche in the funky atmosphere Yeldeğirmeni provides, host art shows, yoga classes, drawing classes, and documentary nights. Their goal is to create a sustainability-centered community, encouraging people to think about their impact on the environment and the city. Komşu Cafe is a similar venue, a community kitchen where the collective group of hippies and hanger-ons and Marxists can share ideas, music, and food. And way at the end of Karakolhane is the Mahatma Cafe, one of the only all-vegan places in the city. With its colorful chairs and tasty mercimek çig köfte and cakes, it is like a flytrap for foreigners.

Have I exhausted you yet? Have I proved that this basically forgotten zone in Kadıköy has experienced a renaissance and is worth spending your hard-earned lira in? No? Okay. Come for first Friday. See how this unusual neighborhood comes together to celebrate art and community. And even though you missed it, there's still Hangart, which offers live music every weekend. Last week was the Balkan-reggae-swing group Dalgana Bak, and though the show had to be cancelled due to nobody showing up/rain, they moved the party to a nearby house and played their set anyways. Where else can you listen to Libertango on the clarinet in a hallway? Only in Yeldeğirmeni.
RELATED TOPICS