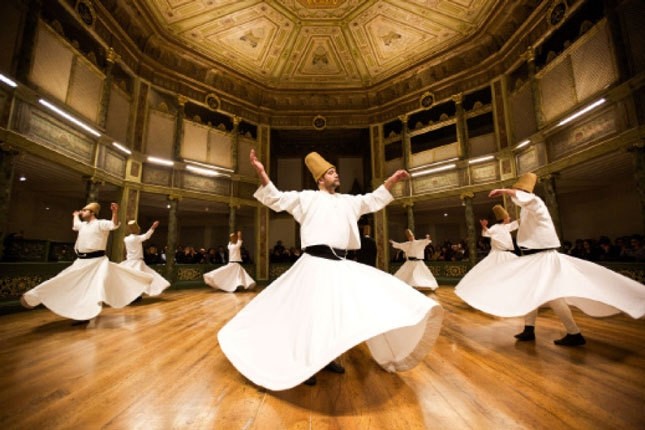 For those who want to try a new leisure activity or sharpen their artistic skills this winter, Turkish arts are the best choice, with various genres that each have their own historic story and many workshops around the country for you to attend, they are sure to be the starting point of your artistic adventure

From culinary arts to paper making, Turkey has dozens of artistic pursuits for you to learn this winter. Especially for expats around Turkey, to learn a Turkish art would be both entertaining and a good way to learn the culture that you are exposed to. Whether it is marbling or ceramics, Turkey's diversity in the arts and the stories behind it will make you even more eager to learn. There are hundreds of workshops where you can learn the Turkish arts and many specifically focused on certain fields. What you should do first is designate your area of interest and then find the workshops in the area most suitable for you.

Developed during the Ottoman period and transferred to the Balkans and Europe, marbling (Ebru in Turkish) is a precious art in the Islamic world because it stresses the significance of beauty, purity and love. This ancient art form originated in Anatolia, and is also known as paper marbling or water marbling. Marbling is like a kind of magic that dazzles viewers at first glance. All of the colorful tulips and roses you will see around Turkey have a soul that is reflected by marbling. People are eager to learn Ebru marbling because it is a reflection of the soul with a vast array of colors and patterns that are unique to the individual.

The most outstanding art to learn for those who love handwriting is calligraphy. Aesthetics, patience and imagination are key characteristics of Ottoman-Turkish calligraphy. Calligraphy not only belongs to the Turks, but to Ottoman culture, which combined calligraphy with geometric decoration. When you visit Turkish mosques or museums, you can see how calligraphy found a distinct soul during the Ottoman era. Both the Latin and Arabic alphabets are used in Turkish calligraphy courses.

Turkish tiles are a part of the Turkic art tradition dating back to the Uighurs in the 8th and 9th century. Tile art is not only important for Turkish culture but also to Islamic culture. When the Seljuk Turks defeated the Byzantines at Manzikert in 1071, the art came to Anatolia and a new period was opened for tile arts.

Turkish felt making workshops draw much attention among foreign tourists in Istanbul. Felt has a long history in Turkish culture as it also dates back to the Uighurs in Central Asia and the Hittites in Anatolia. Felt is a non-woven cloth manufactured by matting, condensing and pressing woolen fibers. It can be of any color, shape and size. It was very popular during the Seljuk and Ottoman eras, and it is still very much alive, being used in Anatolian provinces such as Kars, Erzurum, Afyon and Şanlıurfa. The Western world also widely uses felt as a medium for expression in textiles and design. You can find felt for artistic uses at tourist markets. Learning how to make your own felt in a workshop is definitely more precious than buying one, however.

Sufism and Dervish ceremonies are one of the most interesting subjects for both foreign tourists and expats in Turkey. Many tourists visit the province of Konya where Sufism doctrine's historical figure and founder, Mevlana Celaleddin Rumi, lived. Impressed by the Mevlevi Order and its "come as you are" doctrine, many tourists take workshops on Sufism. In Les Arts Turcs, courses on Sufism and the ney, a musical instrument linked to Sufism, and dervish ceremonies are among the most preferred workshops.

Turkey is ranked among the top five places for ceramic tile in the world. Turkey has a long history with ceramic production that dates back thousands of years. During prehistoric Anatolia, there were primitive sculptures made from ceramics, and during the Hittite period, we can see remnants and ornaments made from ceramics. What makes Turkish ceramic so valuable and popular is its rich history in its production. That is why there are hundreds of ceramic workshops for you to attend. But bear in mind that this art needs some patience to learn.
RELATED TOPICS