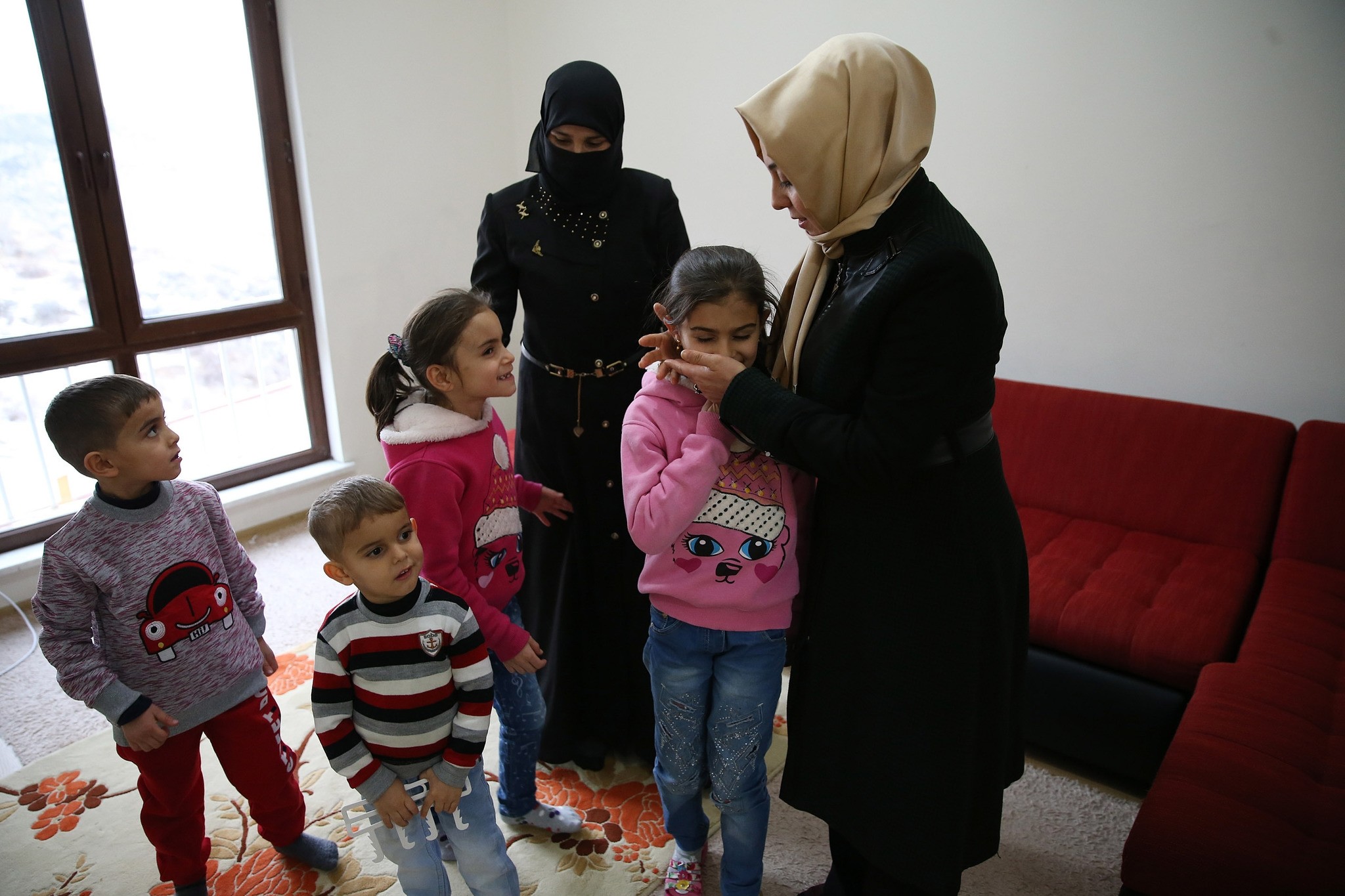 by Anadolu Agency Dec 19, 2016 12:00 am
A group of women residing in Ankara have been supporting hundreds of Syrians, notably women and children, for the last two years, creating opportunities to better them for social life.

Around 100 women from different ages and professions initiated the project by first visiting the Syrians' homes one by one, turning out a big volunteer campaign already subject to a scientific study that is being carried out at Ankara University.

Although the project is not a non-governmental organization, these women are helping Syrians find a home, listening to their problems as a friend would, supporting Syrian children's education and meeting their expenses as much as they can.

These women spend four or five hours each day with the Syrian refugees. As a non-official group, the women's systematic working has drawn the attention of researchers. Associate Professor Emel Topçu said the group working under the supervision of Nezahat Albay, a history teacher, stands out as the solely-women initiative for Syrian refugees.

The group members find out the refugees' needs the more they spend time with them. They are trying to find them new homes, pay their rental expenses, accompany them to the hospital or if they experience any language-related problem. "What they are doing is a kind of integrated service. This is a very special one if you do not run as a registered group," Topçu said, adding that more similar initiatives should come out.

In 2014, Albay started the project for Syrian refugees living in the city's Keçiören district. "After school, I and my friends pay a visit to their houses to see if they need something. Our effort is not an organized one." So far they have taken care of 170 households and opened Turkish classes, another successful project with the funds of the Turkish Presidency.

Rezan Barut, 15, who has escaped from Aleppo said, "I lived in the war for more than two years. It was horrible. Then we came here and the Turkish people greatly helped us." Barut's cousins and neighbors are still in Aleppo. "I hope they also come here as everything has been destroyed there," she added.

Fatma Begum is another Syrian woman from Aleppo. Losing her husband, who was a cancer patient, she is living with her four small children in Ankara now. The volunteer group has helped her to find a new home.
RELATED TOPICS