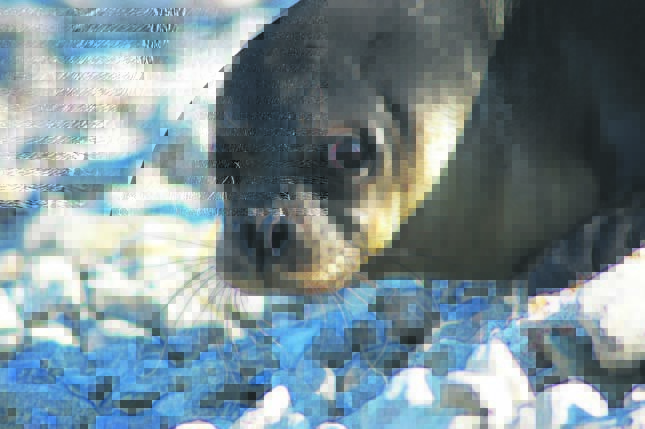 by Anadolu Agency Jan 02, 2017 12:00 am
A species seen as one of the world's most endangered marine mammals, Mediterranean monk seals, are being monitored by hidden cameras set inside their breeding caves.

For the surveillance studies carried out so far, 10 breeding caves have been monitored through a total of 15 hidden cameras. The researchers' plan is to set up additional hidden cameras in 10 more seal caves. The Mediterranean monk seal is a rare and endangered species protected by international agreements and national laws found on the shores of Mersin.

Through the monitoring activities launched on the southern Mersin coast in April, the breeding, nutrition habits and resting patterns in the caves of many Mediterranean monk seals living along Mersin's Erdemli-Narlıkuyu region and Antalya's Gazipaşa district's Kaledran region are being monitored. The seals' population is calculated through the use of a comprehensive research inventory.

According to a statement by the Ministry of Forestry and Water Affairs, the General Directorate of Nature Conservation and National Parks (DKMP) is continuing its conservation and monitoring activities without cease. The monitoring studies of the Mediterranean monk seals are being carried out under the "Action Plan for the Conservation of the Mediterranean Monk Seal in Mersin" in cooperation with Middle East Technical University (METU) and the Institute of Marine Sciences in Erdemli.
RELATED TOPICS