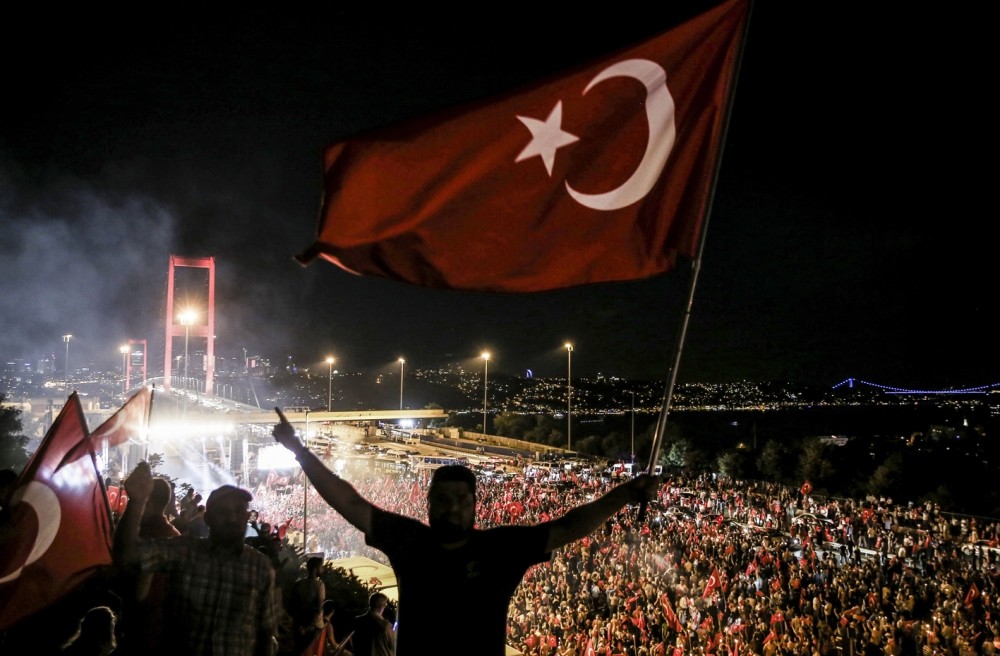 by Anadolu Agency Jan 04, 2017 12:00 am
Startling images from Turkey's July 15 coup attempt night, the war in Syria, plus the epic triumph of an Istanbul football team have dominated Anadolu Agency's 2016 Photo of the Year competition. The winners of this year's edition of the contest were revealed on Monday after over 165,000 people, including Turkish President Recep Tayyip Erdoğan, voted in an online poll to choose their favorite.

Competition between the 45 selected images taken by Anadolu Agency photographers from Turkey and overseas was fierce, with the photographs divided into "News," "Life" and "Sports" categories.

Elif Öztürk's image of a huge, torch-lit mass of Turkish citizens marching on Istanbul's Bosporus Bridge, which was renamed the July 15 Martyrs' Bridge, was chosen as the best photograph in the "News" category.

Cem Genco's photo from Syria showed Gözyaşı Nasir lying next to her father Mamum Halid Nasir who lost his legs, right hand, sight and hearing in a regime barrel bomb attack. It was chosen as best in the "Life" category.