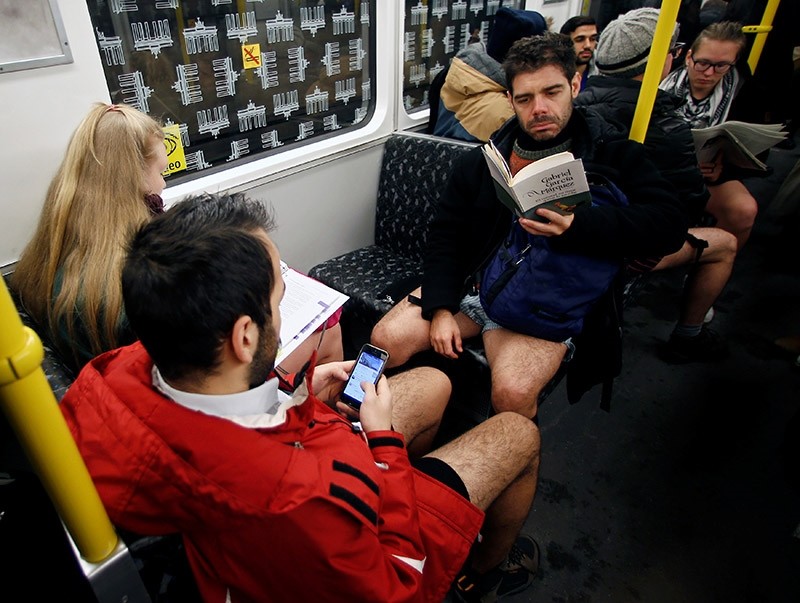 People take part in the annual 'No Pants Subway Ride' in Berlin, Germany, January 8, 2017. (Reuters Photo)
by Jan 08, 2017 12:00 am
Some 200 people braved sub-zero temperatures in the German capital on Sunday to ride the underground in their underwear as part of an annual comedy event.

The event, which originated in the United States in 2002, is held annually under the slogan "No Pants Subway Ride."

In Berlin, people met at Frankfurter Allee station to set off in different groups around the city's underground system.

Participants wore their normal winter clothing on top, but wore only boxer shorts, briefs or other items of underwear on the bottom half of their bodies.

The idea behind the event is to make people smile rather than to make advances.

The Berlin group called on people to be serious as they intended to treat this year's ride as a piece of improvised theatre.
Last Update: Jan 09, 2017 11:23 am
RELATED TOPICS