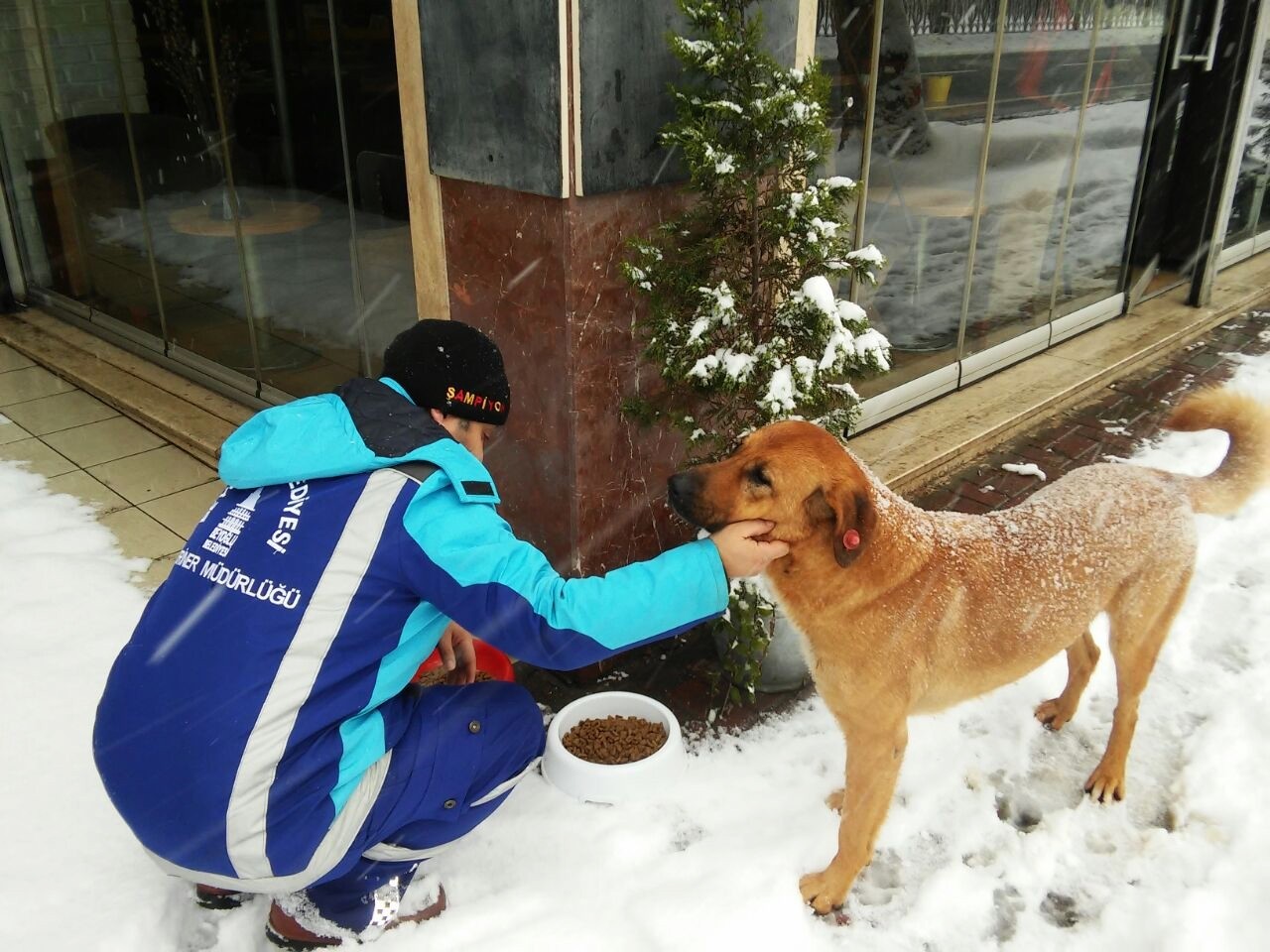 by Daily Sabah with Wires Jan 09, 2017 12:00 am
The life of stray animals is pretty difficult, and this is even more so when the cold of winter sets in. A snowstorm that started on Friday evening and continues at full speed producing the knee-deep snow and disrupting the daily life around Istanbul has led municipalities and locals to take care of stray cats and dogs in need.

Animals are trying to find winter shelter in holes in trees or logs, under rocks or leaves, or underground. Most cats endure hunger for about six hours, while dogs may freeze to death if they find no food for over 17 hours. In the city's Beşiktaş district, the municipal veterinary team is distributing food to street animals in small shelters, and suffering dogs and cats are taken to shelters for treatment and care. The vet team has also launched a campaign asking locals to give their left-over food from home to street animals.

While snow crews are working continuously to enable traffic and clean pavements for passers-by in Beyoğlu, the municipal team is also taking care of stray animals. Animal food is regularly distributed in cat shelters, parks, gardens and other available places for birds.

Around the city, shopping malls take street dogs to safety, while locals have already rolled up their sleeves to prepare shelters made out of cardboards, bags and similar stuff. Some are bringing blankets from home to cover the animals suffering from the freezing cold, while others put pieces of bread on trees for birds.

Many Istanbulites have been sharing photos on social media to reach more locals and help the animals. In the city's animal shelters, more stray animals are housed in well-equipped and warm rooms.

Such scenes are not limited to Istanbul, as other parts of Turkey also covered with snow and are grappling with the cold weather. In the Turkish capital, Ankara, the Mamak Municipality is working to provide food in outer-lying neighborhoods, including Akşemsettin, Ortaköy and Kızılcaköy.

In Turkey's eastern regions, work for animal protection began months ago, as with the onset of cold weather. In Erzurum, dozens of unclaimed animals are looked after with the utmost care at municipal animal rehabilitation centers and igloo-style shelters provide a life-line to stray dogs in the snowy weather.
RELATED TOPICS