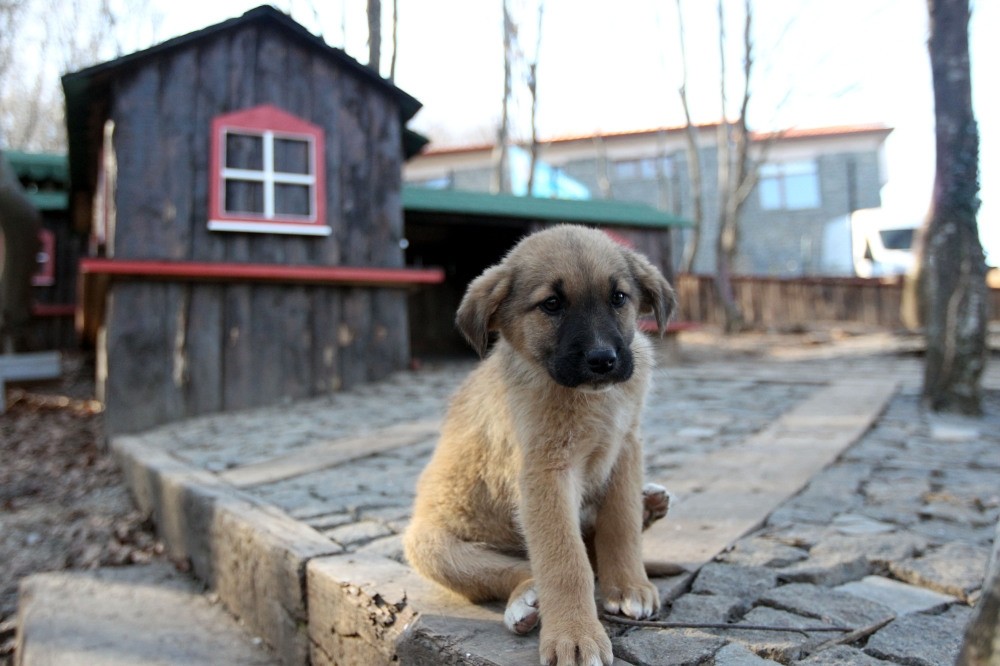 by Anadolu Agency
Jan 13, 2017 12:00 am
In the northern province of Samsun a "dog town" has been set up on a piece of land totaling 40 acres, where street dogs are being looked after with the utmost care.

Following a cat town that opened its doors two years ago in the same city, the special dog town with small shelters named "Sevgi Evleri" (Compassion Houses) gives a home to unclaimed dogs and street puppies. The shelter has already drawn attention from many as the number of adoptions is growing.

Built according to the needs of dogs and helping them to get familiar with the environment while they are waiting for adoption, the dog town features 20-square-meter houses with two separate rooms provided for street puppies, and older dogs reside in bungalow style houses of 4 square meters.

Nurhan İşler, department manager for Veterinary Affairs, said they previously built shelter areas surrounded with wires for street dogs; however, this practice has not been suitable for them. The street animals are separated into groups based on their breed and sex, but living behind wires is not good for their overall well-being.

"People who came here to adopt these animals only choose them by looking at their appearance and prefer specific breeds," İşler said. Some people also brought back the dogs after some time. "We had to come up with a new solution for this problem. A new shelter area was necessary where people can easily interact with dogs, play with them and see them more closely before adoption," she continued. The houses have been built to enable the animals to live together and create the necessary environment for communication.

She said people are choosing dogs to adopt not just by looking at their appearances but also by interacting with them. İşler also said people do not bring the animals back anymore.

The shelter now serves for both young street dogs and older ones. İşler said: "The adopters do not have to institute a long period of training for the adult dogs. Animals also learn to live in a house full of love. We will continue to give our dogs up for adoption and enlarge the shelter."