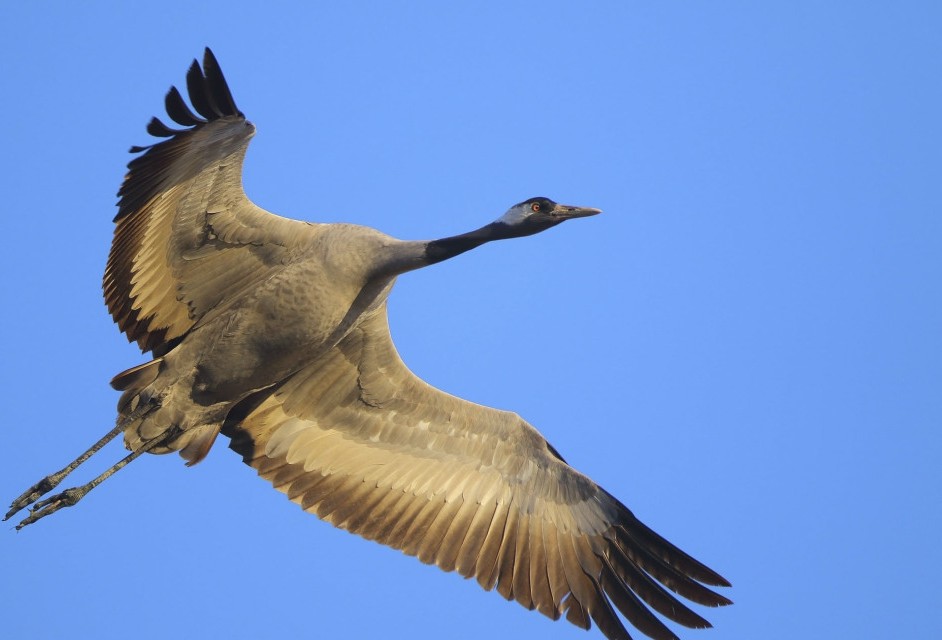 by Zeynep Esra İstanbullu Jan 18, 2017 12:00 am
The wildlife protection project, "Cranes Should Always Fly," which is being carried out by the World Wildlife Fund (WWF) Turkey, is celebrating its third year. Since 2013, experts have covered 21,000 kilometers in order to register the sleeping and feeding areas of cranes in the Çukurova Delta. Following research and observation, it has been reported that nearly 10,000 cranes are living in the area. The project team, which keeps track of the current situation of the cranes, also organized a series of events to draw attention to the protection of cranes as their population in Turkey is under threat.

The project team visited 30 villages in the region as part of the "Cranes Should Always Fly" initiative. During these visits a total of 2,000 handbooks on cranes were distributed to elementary and middle school students. The team organized events to inform locals about the importance of the protection of cranes at schools, hunter's lodges and village tea houses. The project team, however, continues to get together regularly with civil servants, hunters, farmers and children and inform and support locals on the protection of the crane population in the region.

The Çukurova Delta is one of the most important stops for cranes to spend winter on their migration route. While lagoons offer sleeping areas that are wide and safe for the cranes, the farming areas offer these birds nutrition. Herding, fishing, changing of the waterbed and illegal hunting are among the dangers that threaten the crane population in Turkey.

As part of the information the project team gathered on the crane population in Turkey, the Çukurova Delta is on one of the main migration routes of 500,000 cranes in the world and each year at least 80,000 cranes pass through this route. Approximately 10,000 cranes spend the winter in Turkey. While cranes feed from the lands that are close to their sleeping areas in November and December in the Çukurova Delta, they travel 100 kilometers and feed from the nuts, cotton, corn and wheat farms in January and February.
Last Update: Jan 18, 2017 1:14 am
RELATED TOPICS