Let children roll around on Turkey's slopes while school is out 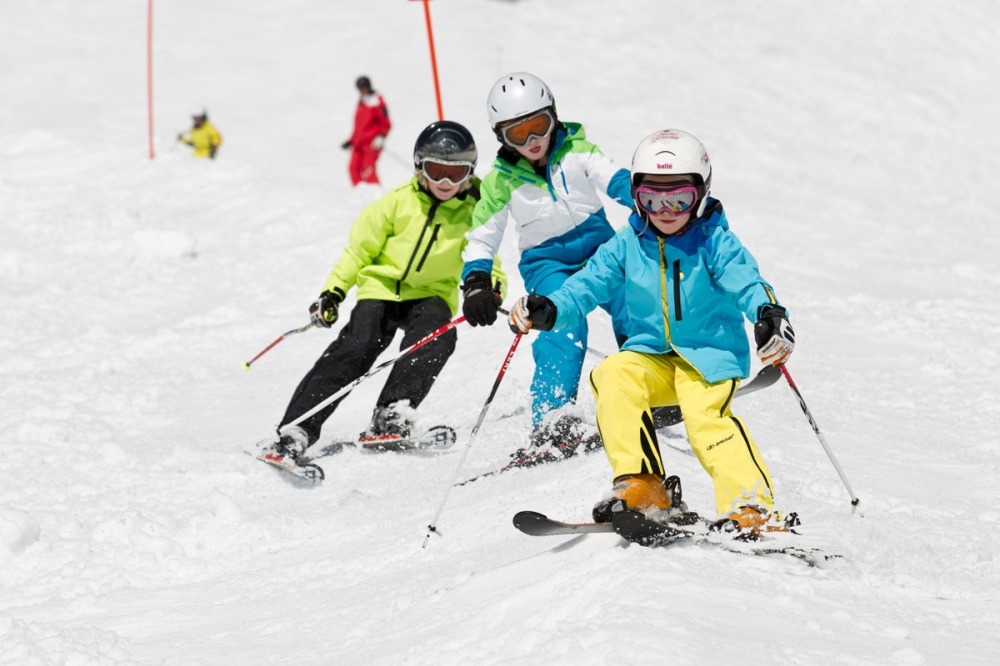 The highly anticipated winter break will begin on Friday and for families who have not yet come up with a holiday gift for their children, upcoming winter camps in different cities might be a good choice

With the winter break just around the corner, school children are gearing up for some time off. Most parents, however, are not so lucky, and will still be working unlike in the summer months. Luckily, popular ski-resorts and other winter holiday facilities all across Turkey are offering winter camping opportunities, especially for youngsters, which may come to the rescue of working parents.

The following are a few suggestions on winter camps that can engage and entertain your youngsters.

Future Stars Ski CampAs the schools prepare to go on the half-yearly break this Friday, Geleceğin Yıldızları (Future Stars), just like every year, is holding skiing camps to train various age groups. Coaches here include national ski and snowboard trainers and a group of three children will get the exclusive opportunity to practice with one trainer.

The four-day camp will be held twice - from Jan. 22 to Jan. 27 and Jan. 27 to Feb. 1, where each child will get the opportunity to practice skiing for a total of 16 hours. Depending on their skiing talents, they can have an extra two hours for free skiing on the last day.

The winter camp will take place in the Uludağ ski resort and offers a wide variety of activities, including other sports, night entertainment, barbecue parties and sledge contests.

The resort is about 20 kilometers long and has separate areas for snowboarding, skiing and heli-skiing. Besides skiing, Uludağ's picturesque landscape with a snowcapped mountain and slopes makes it one of Turkey's most visited winter destinations.

YazKışKampThe next winter camping alternative for children during the half yearly holiday is YazKışKamp. Offering ski training for children aged between eight and 15, the group also organizes sledge competitions and other entertaining events. The camp generally lasts six days and there are alternative camping slots for both weekends and weekdays.

Camp AcademyCamp Academy holds snowboarding camps for children in Uludağ every year. Participants are divided into various ski and snowboarding groups of 6-10 people according to their ages and abilities. Trainings generally take 14 hours in total. Aside from ski and snowboard trainers, camp coaches are also on the tracks during all the skiing events and outdoor trainings in order to provide full security for children.

Team games, sledge contests, pajama parties, barbecue parties and hot chocolate services are also included in the 5-day camping, to make sure youngsters have a good time during the semester break.

Saklıkent Ski CampOrganized by Antalya Ski Youth and Sports Club in the city's Saklıkent town, this camping opportunity offers students the opportunity to blow off their steam with ski and snowboard trainings after an intensive semester.

First, students will be divided into groups of 10 according to their age and technical abilities. Then they will be coached by experienced trainers. They will have skiing and snowboarding lessons. Jogging and climbing techniques, hand-foot-body coordination, and one-foot skiing, stopping and spinning and abrupt stop are among the techniques that will be taught to participants.

Qualified participants will be provided with a license and free training by the sports club on professional competition techniques for the next local, national and international competitions.

Participants can choose from four different slots of the 4-day-long training during the semester break.

Campers, who will be ranked high in competitions towards the end of the camp, will be awarded with medals. Equipment, accommodation and food, training, shuttle and camp uniform will be provided as part of the camp event that costs around TL 2,500 ($659) per person.

Applications for the skiing camp, which accepts participants who are aged between 7 and 13 and between 14 and 18, will end tomorrow.

Scouting campJust like every year, the Scouting and Guiding Federation of Turkey, will organize three winter camps for youngsters in northwestern Bolu province between Jan. 21 and Feb. 4. The participants will form teams of four or six people and head to the Aladağ highlands.

In Bolu, the Kartalkaya center features 13 ski tracks situated at places where snow depths reach almost meters in mid-season. The center includes an area that is reserved solely for snowboarding, where lessons to beginners are offered.